Written by Australian playwright Louis Nowra, the play is one of the most well known Australian works.

It was first performed in Sydney in 1992 and later was adapted into film in 1996 starring Barry Otto and Toni Collette.

CosÃ¬ is set in 1971, Melbourne and explores the life of Lewis Riley who lands a job as a director/drama teacher at a mental hospital.

He is faced with the challenge of directing the Mozart opera CosÃ¬ fan tutte.

The issues he faces are the fact the production is an opera, itâ€™s in Italian and the cast will be chosen from the few patients that speak English. 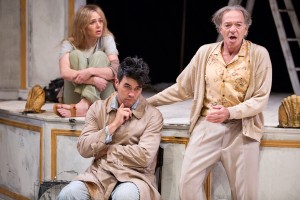 The production will star Jessica Marais and James Stewart known for their roles in Aussie TV hit Packed to the Rafters.

David Berthold, a long-time Louis Nowra collaborator, will direct the show performing on the Roundhouse stage. 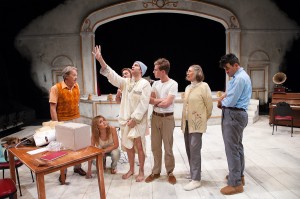 CosÃ¬ is a weird and wonderful story that forces Lewis to tackle not only the pressures from inside the ward but his own personal afflictions and the wider societal problems with the raging Vietnam War.

All That Fall at Brisbane Powerhouse

Review: Are We Officially Dating?