Melbourne based artist COTTA has just released a new single, ‘Didn’t Call’, and it’s a pop sensation and an essential addition to any worthy playlist.

Cassidy Mackie started playing piano at four years old, which led to an early musical career as a wedding singer. More recently, she has moved from piano to producer and is working with Oldland as COTTA.

Known for infectious indie pop tracks, COTTA is notorious for standout vocals, poignant lyrics, and clever and catchy hooks. She has risen quickly in the music industry, already selling out her single launch for ‘Better’ and performing at the 2020 AFL Grand Final.

COTTA describes herself as “your neighbour, your co-worker, your honorary big sister. Honest, genuine and connected to what’s real” and her music certainly reflects this. Although she has a knack for writing themes of love, loss, and life, she enjoys writing about everything and anything and has produced nothing but catchy, infectious bops to date.

We had the chance to chat with COTTA about her new track and musical endeavours. 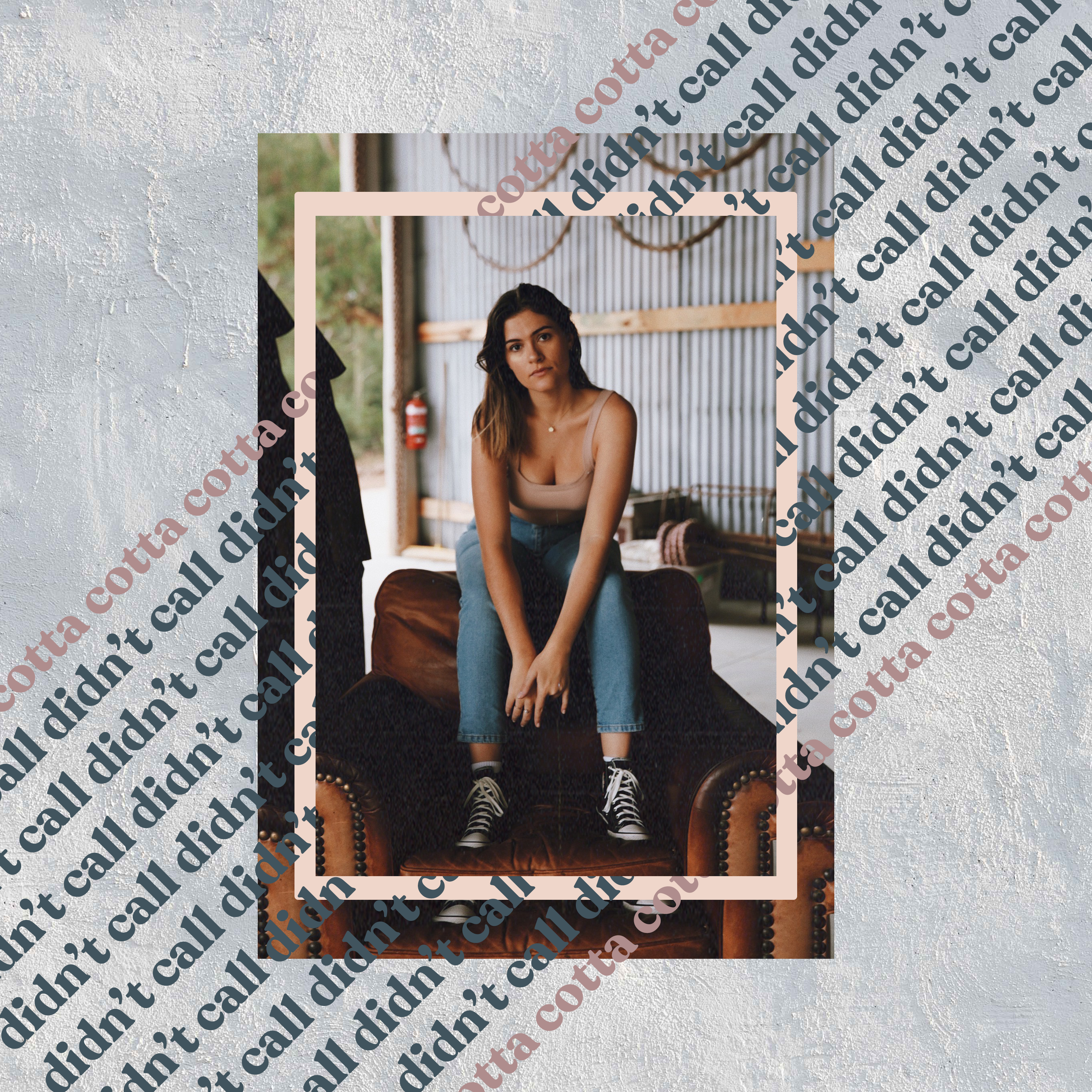 TCI: What inspired the story and lyrics behind your debut single ‘Better’?

COTTA: I went through a tough-as-nails breakup experience at the beginning of ‘Rona taking over the country, early last year. I had a crossroads moment, I could either wallow, seek vindication and rage, or I could move on and move past the hurt. The phrase “I’m not getting bitter, I’m just getting better” played in circles in my brain for months, until the rest of the song came together.

TCI: I understand your latest track ‘Didn’t call’ is inspired by your long-distance relationship with your boyfriend, can you elaborate on this and the songwriting process?

COTTA: Absolutely! He’s the best. Very patient, very calm and level-headed (which is the perfect balance to my emotional, creative and often dramatic nature). He and I rely heavily on technology to stand in the gap for us when we can’t physically be with each other, the chorus came to me one night when he wasn’t able to call me at the time we’d planned. The songwriting process was super easy; Oldland produced the track for me so beautifully, and it’s his voice you hear at the end of the track (although the initial plan was to give the boyfriend his first musical feature!)

TCI: Your introduction to music began when you were just 4 years old and started playing piano, how did your passion for music evolve throughout your childhood and teenage years?

COTTA: It’s funny, my musicality shifted away from my classical piano roots once I realised I had a way with words, and bending those words into melodies. Until that point, I didn’t even really know that I had a singing voice! My mum was in a band in her youth but other than that, I’d never had lessons or explored the possibility that I could turn my piano ability into a self-accompaniment. Once I delved into jazz, blues and pop music through my teenage years, I feel like my music writing ability properly started to flourish.

TCI: Was making music always a goal of yours?

COTTA: Yes and no, it kind of just makes sense. I’m good at it, and people connect with what I put together. It happens when I don’t mean for it to, and I think that in itself is a goal. For it never to be a slog to create something beautiful. 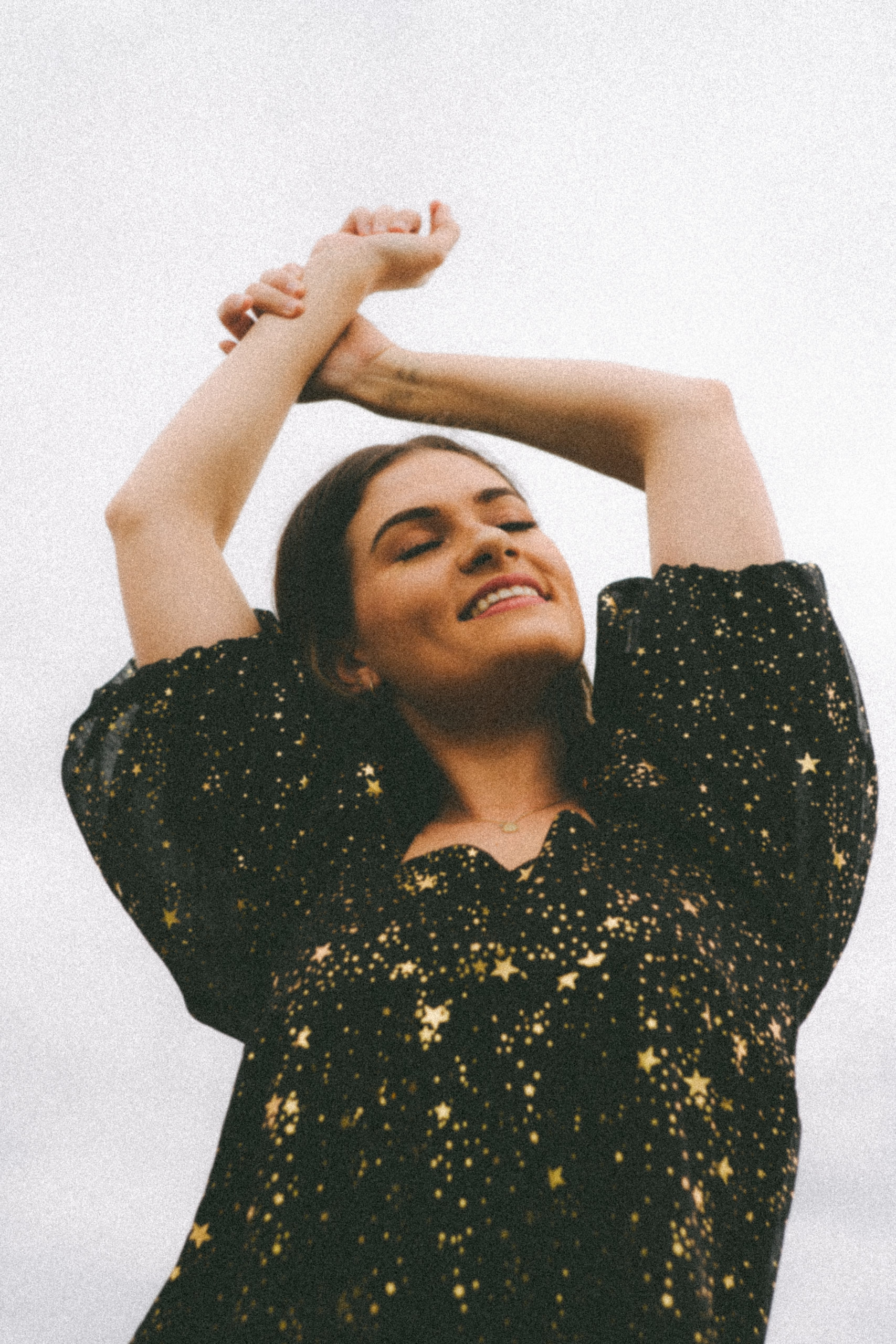 TCI: How would you describe yourself as COTTA?

COTTA: Your neighbour, your co-worker, your honorary big sister. Honest, genuine and connected to what’s real. Also, a bit of a twit.

TCI: What typically inspires your songwriting? And what are your favourite things to write about?

COTTA: Literally anything. I said in another interview that I had just finished writing a song about loss, sculpted around an experience where I dropped my Betty’s Burgers order in the bath. I used to not write anything that wasn’t melancholy; my boyfriend is a guitarist, and we’ve started writing a bunch of fun material. Added perk of the relationship.

TCI: Who inspires you, musically and generally, and how so?

TCI: How do you find time to balance life, studying and creating music?

COTTA: I kind of don’t (whoops). Just honestly, it’s not realistic to try and have it all together when you’re balancing as much as I am. But also, I try to just be present in what I’m doing, when I’m doing it. I can multitask with the best of them, but I feel like it’s best if I dedicate myself to what’s in front of me instead of becoming a juggling master. Small chunks, regularly, instead of the whole thing at once.

COTTA: It just lands differently! When you’re your own accompanist, you can find moments in your music that aren’t recorded that way. Longer pauses, different vocalisations of phrases, call and response. Crowds tend to get hooked in, if you do your job right, and open yourself up early. It’s nice to keep them there if you can.

TCI: What’s next for COTTA? Any gigs or new music coming soon?

COTTA: I’m in talks at the minute with some teams who are helping me put some live shows together. Side note, I would love to open for Meg Mac, Eves Karydas, G Flip or Wafia… so ladies, if you’re ever reading this, hi! My gear is packed and I’m ready.