CounterPilot's Performance for the Ages

I had the opportunity to speak with Performance-Maker Nathan Sibthorpe and asked him about his collective’s upcoming project. In the interview we discuss CounterPilot’s guiding philosophy, how they are modernizing performance art, and how they are directly reacting to the disruptions of this global pandemic.

The Creative Issue:  How has your day been?
Nathan: My day so far has been good, I’ve just been in creative development for a new dance work.

TCI: I wanted to ask you about your title. What exactly is a performance-maker? How does it characterize your work with CounterPilot?

N: I think that comes from the fact that we don’t take form for granted. If you’re making a piece of theater and (lets say) its a play. There is an established process and we know what everyone is contributing and how its going to turn into a fixed thing. There are routines and patterns that exist in making (a performance). But what we (at CounterPilot) do shifts and changes from project to project. As a collective we are very interdisciplinary. Each works feels like its own form. So I call myself a performance-maker, because it feels like its represents that approach. My role ends up being whatever a given performance needs me to do whether its writing, direction, or production.

Would it be fair to call or categorize the interactive elements of these shows, as a gamification of theater (ie as you reference in your crunch time breakdown video Auto Theater, and refer to these as social experiment to me it feels like a game)?

N: It’s so funny because everyone has their own default word that they use when talking about the work we do. We refer to it as Trans Media Performance, or its also theatre, or a social experiment, or a game. We often get compared to reality TV shows or video games. I think it’s all of them and none of them, and somewhere in between. For us we always go back to theatre as our base line approach to the work and the philosophy we use. 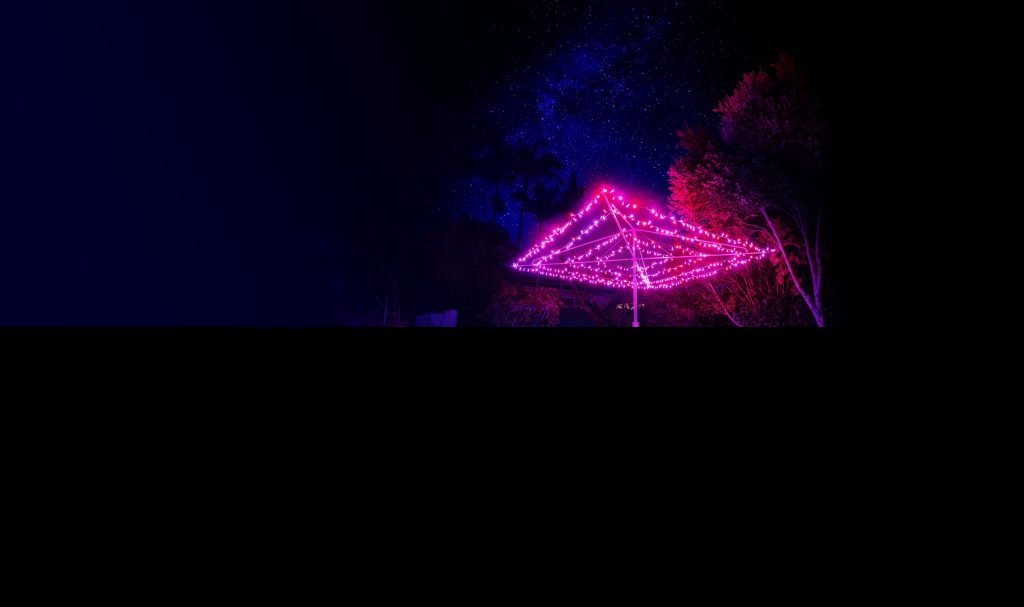 Avoidable Perils is the least theatre looking of all of our projects, but when we are making it we still talk about it using the conventions of Theatre and Audience. Its about liveness of time and space. It’s about people sharing a moment. In this work there are no performers, but the way we are approaching this project it’s as though the audience are performing. We are putting them in a context and putting them in positions where we are inviting them to participate is some kind of way. That is a performance.

It’s not something that exist just in the media or in the video it’s something that exist in the moment with these people coming together and having this interesting interaction. Not just with the work but with each other. By far the most exciting and interesting thing about theatre for me is the audience. It’s what separates its from all other media in a 21st Century context, where we consume fiction art and entertainment all of the time. That there is a live audience is something we harness in all of our live projects.

TCI: There has been an increase in desire for interactive social media, with the resurgence of Table Top RPG’s like Dungeons and Dragons, and the ever expanding streaming gaming platform Twitch it seems like despite the rise of technology people still seem to want seek more grounded forms of entertainment that are about interacting with one another. Is this wave noticeable as an artist who are actively creating within that space?

N: (on live entertainment)  There is a very big difference in experience when you’re allowed as an audience member or as a participant into a moment. What a lot of theatre does that I find really nontheatrical is asking the audience to kind of disappear. Just pretend you’re not there. Be quiet in the dark. Be invisible. I kind think of it as, ‘bad theatre apologizes for not being a movie.’  For not being film. For not being something that’s a completely different medium. So I think what we are looking for in a live experience is the permission to be there. To be present. To be relevant. Whether that’s actively interactive or just philosophically. That you feeling that you’re allowed to be there, and that it was significant that you were there. I think what all of our work is doing is locating the heart of the project in the space between real people and observing the ways in which they change the circumstance and parameters.

Technology is a means to an end for us. It’s not the star performer. It’s not the spectacle itself. Technology is a way of creating context and circumstances where people have to respond authentically. Interactive Theatre kind of has this hokey thing, that I find really uncomfortable, where sometimes you as an audience member have to interact with an actor whose in character. This thrust the audience into a fiction and as audience members we never fully know what the fiction is. What that role is? Who are we in this place? What is the right thing to say? But technology doesn’t do that. 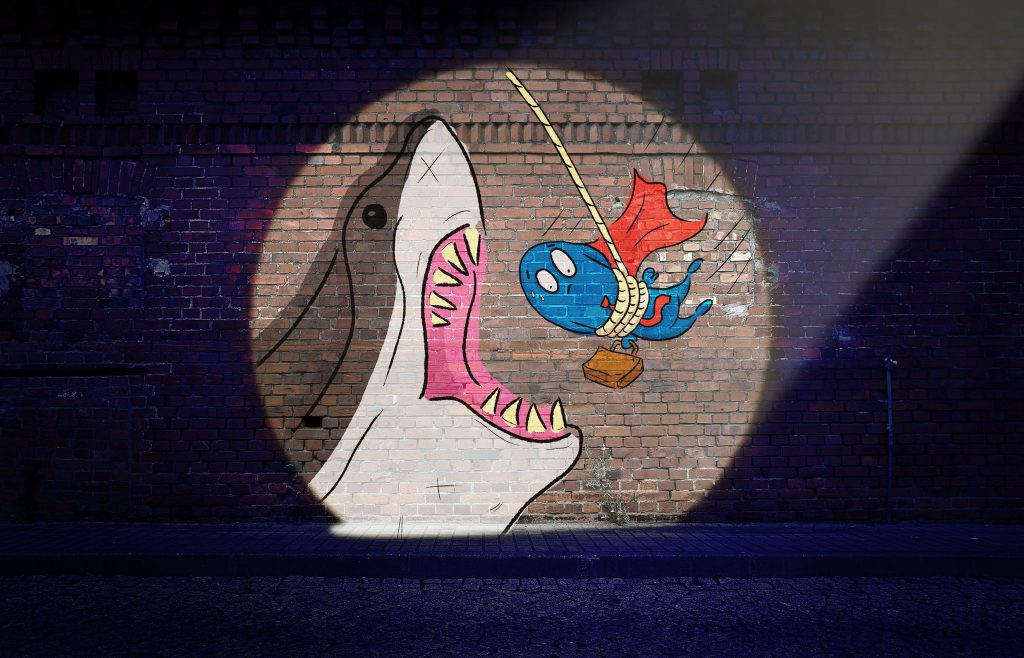 When we are interacting with a piece of technology or a media circumstance that is presented to us its not pretending to be anything its not. We are kind of used to understanding that media is something that is real but also unreal. So our reactions are more authentic. We bring our selves to that space more comfortably because we are used to using technology all the time. Where as we aren’t always used to playing role playing games with characters and actors.

TCI: Everything CounterPilot makes seems to pose interesting questions or at least hypothesis about our modern society, for example CrunchTime was about democracy and conflict. Have there been any revelations you have had about the human condition since making these high end social experiment? What have they taught you as a creative?

N: Wow! What a question? Have we revealed anything about human context?

As an artist, I’m all about questions and never about answers. It’s not our job to give the answer. All we can do is ask better questions. Or locating more specifically where are the tensions and difficulties. How can we access them and consider them in a different way. We as creatives have our own strong political views, its sort of a requirement to be interested in the political space of a democracy.

Which made CrunchTime a challenge for us, because we made a project about the feeling of political systems and the challenges and difficulties of navigating politics. In a completely A-political context. To allow people to engage in a safe space of disagreement and democracy, and democratic discussion, and debate, but completely a-politically.   I have found its not necessarily being able to answer (big) questions, but the moments between people that are the most exciting revelations. When you discover something that is difficult, or something that is not resolvable between people. It allows you to ask more complex questions.

Personally, I would hate to feel like I had all the answers. I don’t think even through staging these works there have ever been a ‘Oh now we get it, this is the way of things’ moment. It’s more about what is our ideal approach in navigating difficult circumstances. It’s the space between each other. It’s the idea that hell is other people and other people are the thing that we are always navigating as a society.

TCI: How has COVID-19 lessened or deepened these questions you (and CounterPilot) have been asking?

N: COVID has become very relevant for this current project. Avoidable Perils started as a concept we came up [with] mid through last year. Originally our interest was collectivism. Activism within the attention economy. What does it take for people to care about causes? Or online petitions and crowd funding. The idea that many voices are required to make any sort of change. How important is it for you to self identify and associate with a movement even if you are aren’t making contributions. What is your small step of aligning with a cause? That original impudence was obviously inspired by climate change.

We didn’t actually end up pitching it last year, and figured we’d come around to it when were more interested.   Come to this year, we were basically meant to be touring through 2020. We had five tours lined up for Truth Machine, our last work. Obviously, all of those got cancelled or ‘indefinitely postponed’. Including our first international tour, which was a real bummer. We ended up with all this available space and all this available time and this question from all directions within the sector saying Alright, what’s everyone gonna do now? What’s a COVID compatible artwork? What are the things that can fit the restraints of our time? Especially when festival’s started started pivoting, and figuring what kind of programming could exist.

So (Avoidable Perils) became a work that is COVID compatible but it is also a work that takes on a complete different precedent (in 2020). This idea of many people taking small steps. It becomes less about just activism and more about the challenge of large scale cooperation. Because of the Flatten the Curve and Social Distancing headlines, and the fact that for those measures to work 80% – 90% of people would have to practice it at a high level. It’s just not that we all need to band together to make change but that large scale is urgently necessary and with COVID-19 that urgency to collaborate and interact becomes dangerous.

TCI: It has been quite fascinating to see our collective health come in contact with our personal freedom as a result of COVID.   Closing out, what piece of advice can you give to young creative?

N: Don’t take anything for granted in form, process, routine, or tradition. We take influence from the way in which art is made and from our respective backgrounds. Every project for us is about finding its own feet, in terms of what processes are required. What materials are required and what is the context for experience. I think its a strength of young artists, and artists just coming into this this year. That you don’t feel like you have to work to a tradition or to the way that certain companies or certain sectors might operate. Find your own pathway and form.

TCI: Whats one thing people must know before going to see Avoidable Perils?

N: No prerequisite knowledge required for Avoidable Perils, but I can tell you, you are going to need to rally.

The Details
What: Avoidable Perils
Where:  The Common, West Village
When: 4-19 September 2020
Who: CounterPilot

Get To Know: Naked Giants