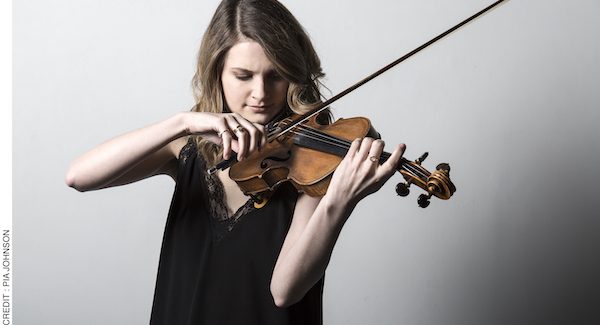 Brisbane-bred violinist Courtenay Cleary, who has performed twice for Her Majesty Queen Elizabeth II, will perform a solo recital at QPAC Unlocked in September.

Courtenay Cleary greeted me at the QPAC Stage Door with a smile. She was dressed in jeans, leather jacket and a blue ruffled top. She ordered a coffee with almond milk, and I, a hot chocolate, from the QPAC cafe. We headed inside and found a quiet spot in the plush lobby for a chat.

Courtenay is no stranger to the QPAC stage. Growing up in Brisbane, she was involved in the Queensland Youth Orchestras, and performed with them for five years in their concerts at QPAC. Her performance in QPAC Unlocked is to be her first solo concert here. She said, “It’s very exciting to be back in my hometown and to be able to curate a program of my own favourite pieces for you all to hear.”

In QPAC Unlocked, Courtenay will be accompanied by pianist Alex Raineri. She said, “I’ve actually been friends with him for a long time… We studied together at the Australian National Academy of Music in Melbourne, but we never actually got to play together… He’s just such a phenomenal musician. Alex’s not only a great pianist, but also has so many great creative ideas. He’s really great to work with in chamber music.”

The program on 11-12 Sep features works by Arvo Pärt, Leoš Janáček and Beethoven. Courtenay said of the repertoire, “It’s one of Pärt’s more famous works, based on a big, expansive chord progression, and he uses a lot of different violin techniques to colour it and present it in different ways… We’re finishing with Beethoven’s Kreutzer sonata, which is probably his most well-known sonata.” We chatted about challenges in the repertoire. Courtenay said of the Beethoven piece, “The first four bars are potentially the hardest thing ever written for violin. Just the first four bars! So once I get past that, I’ll feel a lot better.”

Courtenay has performed across the globe in many prestigious venues. I asked what it means to her to return to her hometown and perform in QPAC Unlocked. She said, “The Australian music scene is actually very exciting, it’s very effervescent… When I was living in London, I got to play for the Queen a couple of times, which was really, really cool. I also got to play at Wigmore Hall, Colston Hall in Bristol, St James Piccadilly, and so on. In London, you’ll never be bored, there’s concerts every night of the week. They have that history of classical music because it’s such an old country, whereas Australia is a young country, so it’s progressive in terms of arts and culture.”

Her return to Brisbane was due to COVID-19. Courtenay was in New York, studying her master’s at Juilliard School of Music, when the pandemic hit. She said, “I left in quite a hurry. I had my violin with me and a suitcase, I thought I’d be back in a few weeks.” She cancelled her final recital program with Amir Farid from the Benaud Trio, and finished her studies online from here. “I had to reprogram my recital, to have things that were easier to put together and came across well online. So nothing too intricate, too contrasting in terms of dynamics, because computers aren’t great with levelling that sound out live.” During this time, she has performed in a few online concerts through Tait Memorial Trust and their ‘Tait Tuesdays at Home’ program. Courtenay performed with the Bremer Trio and also with Brisbane pianist Kathy Sander. 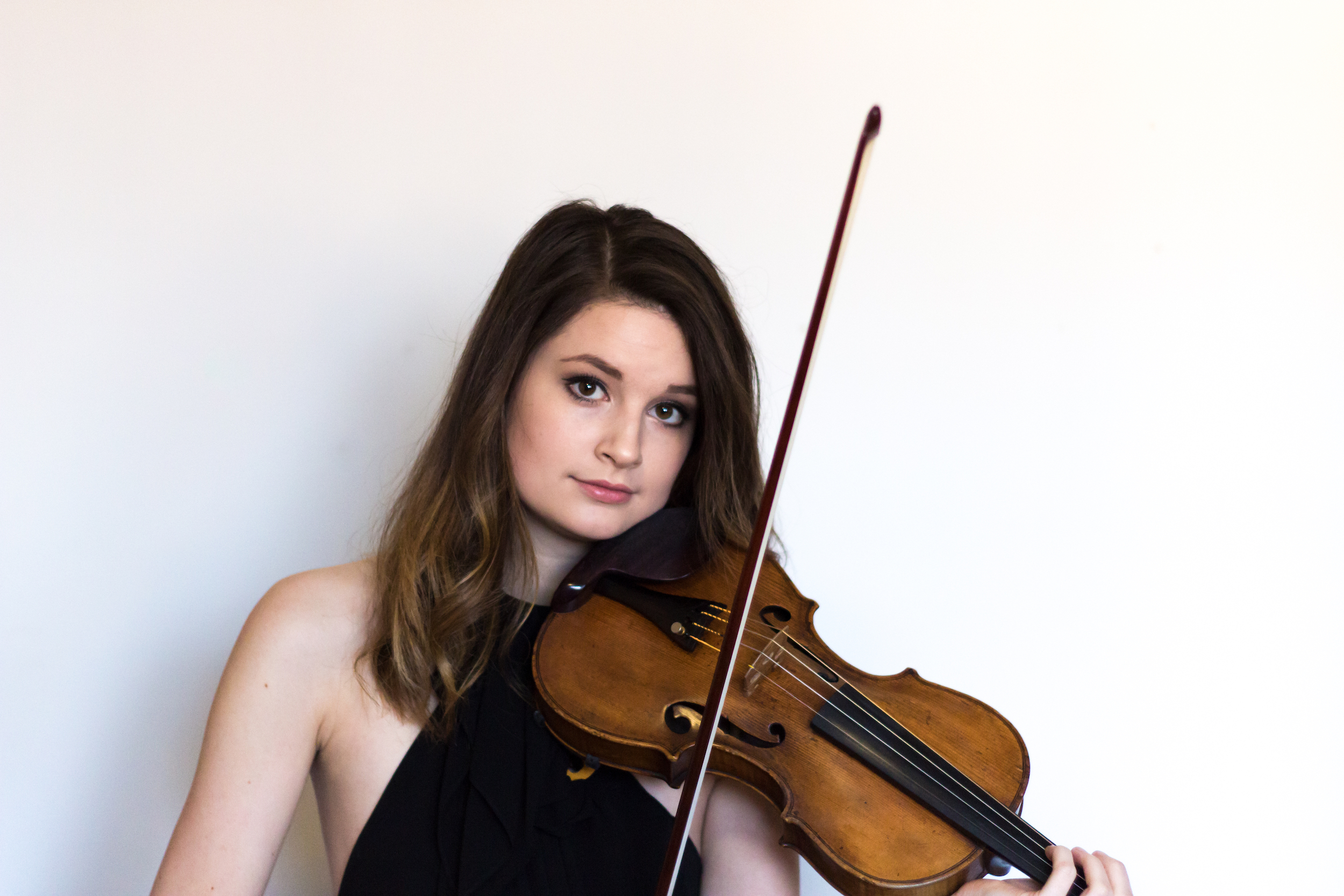 As we finished our coffees, I asked Courtenay about her journey as a violinist, and how it all began. She said, “I grew up sitting on the floor of my Mum’s rehearsals. Mum plays clarinet in Australian contemporary ensemble Perihelion.” Courtenay started violin aged three and played though primary school. She attended Somerville House (just up the road from QPAC) for high school, and took part in their string program, led by Loreta Fin. Courtenay said she “always knew I wanted to be a violinist”, but was told “music is just a hobby, do your homework.” Now, she said “I’ve got my face on the side of this building [QPAC]. I got here early so I could walk across the bridge and take a photo of the sign!” She studied at UQ, ANAM, then freelanced in Melbourne, before moving to London’s Royal Academy of Music. In London, she learnt about “solo playing, projecting, and really putting my own creative ideas into my playing. London has such a rich cultural scene, so it was nice to immerse myself.” After London, she was off to New York’s Julliard School of Music.

We chatted about her experiences in New York.“It’s a very daunting city. Juilliard is this little bubble where everyone lifts each other up and are encouraging. It’s a tight-knit community. But then you step out onto the street in New York, and it’s every man for himself. You’re never more than two metres away from a rat, apparently.” She then shared a story of resilience. “About a year ago, I broke my right arm. My right humerus completely broke through the middle, and I honestly didn’t even know if I was going to be able to play the violin again… I thought, am I going to have to become a florist? So, that was really, really hard, especially because I was in the middle of my master’s degree at Juilliard. Eventually, after about six weeks, which was a really miraculous turnaround, I was able to start playing again.”

To close, I asked what her plans are for the near future, apart from her recital in QPAC Unlocked. “I’m hoping to do some contemporary recordings soon, so I have plans for a project where I’m going to work with my composer colleagues and get some repertoire, and record that and perform it over the next few years. I’ll do that in Brisbane. We cancelled concerts for the rest of the year, in the UK, London and Budapest. Hopefully, we’ll reschedule. All of the concerts will be up on my website, so if you want to see what’s happening, you can visit my music calendar.”

Get To Know: Naked Giants

Sweater Curse On ‘All The Same’