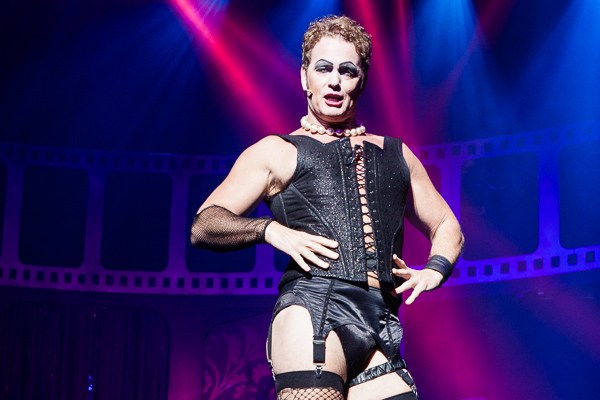 Itâ€™s time to put your hands on your hips and pull your knees in tight, because the Rocky Horror Show hits Brisbane in January. Richard Oâ€™Brienâ€™s non-stop party musical is frothing with timeless classics and cheeky moments bound to have audiences pelvic thrusting in the aisles.

Craig McLachlan once again returns to the show in the leading role of Dr. Frank-N-Furter, after playing the transvestite in 1992 in his early twenties and in the showâ€™s 40th anniversary tour. McLachlan spoke (and sang!) to The Creative Issue about his part in the cult musical. For all you Rocky Horror â€˜virginsâ€™ reading this and wondering what a pelvic thrust is, hereâ€™s a simple summary of the showâ€¦Â  When two innocent sweethearts run into tyre trouble on a stormy night, they seek help from a light at the end of the street. The eerie mansion they come across happens to belong to Dr. Frank-N-Furter, who is in the midst of a maniacal experiment creating a muscular man named Rocky.

But, simple summaries are boring. McLachlan spices up this explanation by injecting pieces of script, knocking sound effects and segments from songs: â€œFor the uninitiated, it is the crazy story of the arrival of aliens from another world. It just so happens they are from a galaxy where transvestites reign supreme. They are lead by the seductive, naughty, and a little bit dangerous, Dr. Frank-N-Furter, who manages to create a creature named Rocky. I know you Rocky Horror virgins are thinking, What the hell? But it gets really crazy when an American, respectable couple, Brad and Janet (sings Dammit Janet) are brought to Frankâ€™s mansion where (raps on door and sings the Time Warp) theyâ€™re invited to do the Time Warp. From then on, itâ€™s outrageous.â€

As a performing artist with a career spanning thirty years, McLachlan says he always has a guitar, banjo or ukulele close by. â€œSome people drift off and lose focus, but for meâ€¦â€ he strums a chord, and commences singing the opening number, Science Fiction. Itâ€™s no surprise the charming entertainer was invited back to perform in the 40th anniversary of the show in 2014 and is now preparing to dazzle audiences for the third time. The man with a household name says â€œI was a young twenty-something kid when I played Frank all those years ago. At that time Iâ€™d come out of a number of years playing Kylie Minogueâ€™s brother in Neighbours. The opportunity came along and I just grabbed it with both hands.â€ 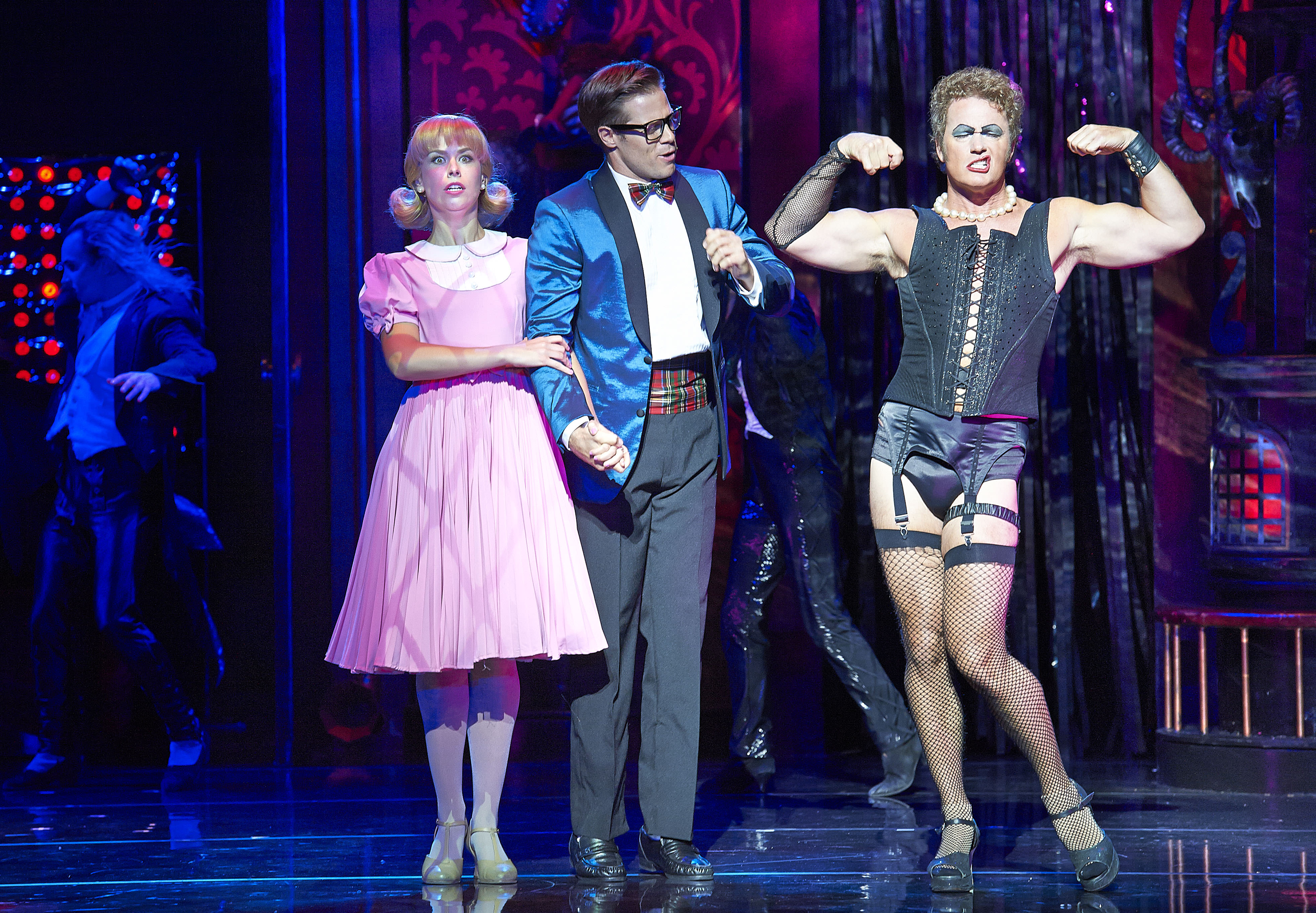 When asked whether heâ€™d approach the character any differently in next yearâ€™s run of Rocky Horror, McLachlan says â€œAs a young, inexperienced performer, it was just about putting lots of makeup on and singing rock â€˜nâ€™ roll songs. I didnâ€™t appreciate the cleverness of Richard Oâ€™Brienâ€™s creation. So diving back into it with more experience has made me view the show differently, and I determined early on in the rehearsal period that there was so much more to play with.â€

Another element that changes with time is the show itself: â€œRocky Horror has been around for so long now that itâ€™s almost a brandâ€¦ If you go and see a KISS concert and thereâ€™s no demonic Gene Simmons sticking his tongue out and breathing fire youâ€™re going to feel ripped off. Thereâ€™s certain things about Rocky Horror you need to stay true to.

â€œWhere it changes is subtly every night is where the audiences are outrageous and rowdy. Some nights itâ€™s as much a show for us onstage as it is for the audience, so we ride the wave of their energy. For example, when Tony Abbott was Prime Minister, he announced that certain prescription medications were going to cost more. Thereâ€™s this moment where Riff Raff sprays Columbia, and someone in the front row yelled â€˜Give me some!â€™ I looked at her, and staying in character, said â€˜Well, youâ€™ll need a prescription. Mind you, thanks to Mr Abbott, it wonâ€™t be free anymore.â€™ And the place erupted!â€

To say the versatile performer enjoys entertaining Brisbaneâ€™s audiences is an understatement. According to McLachlan, Queenslandâ€™s Performing Artâ€™s Centre (QPAC) tends to crank up the heat in an already-fiery theatre. He says â€œQLD people generally support theatre fantastically, itâ€™s just wonderful. Last time we were in Brissy we sold out and had to head off on tour. Honestly, we could have turned around and just had a residency, because the good people of QLD like to party, and they especially like a naughty night out with Uncle Frank and the gang â€¦ I donâ€™t know whatâ€™s in the water or the mangoes or bananas, but you guys always turn it up to eleven.â€

Itâ€™s no surprise people struggle to remain in their seats, considering the Rocky Horror soundtrack is a banquet of delicacies from Science Fiction right through to Iâ€™m Going Home. Thankfully, audience participation has always been a significant element of the horror movieâ€™s culture, with UK viewers following an unofficial audience script. McLachlan says â€œRocky Horror enjoys a very special, core fanbase and we love that. Right from the beginning of the show the narrator walks out and says: â€˜I would like if I may, to take you on a strange journey. It was a fairly ordinary night, when Brad and Janet-â€™ and off he goes.â€

While there may be something strange in Brisbaneâ€™s â€˜mangoes or bananas,â€™ the level of engagement isnâ€™t quite as interruptive as our British counterparts:Â  â€œIn England you barely get a sentence out and the entire audience shout â€˜You may!â€™ and â€˜How strange!â€™ It is relentless â€¦ Here in Australia, thereâ€™s audience participation in people stamping feet or singing along. Aussie audiences expect a level of naughtiness. Richard Oâ€™Brien is a dear friend and we laugh about this all the timeâ€¦ he absolutely categorically reckons Iâ€™m the naughtiest Frank heâ€™s ever known.â€ 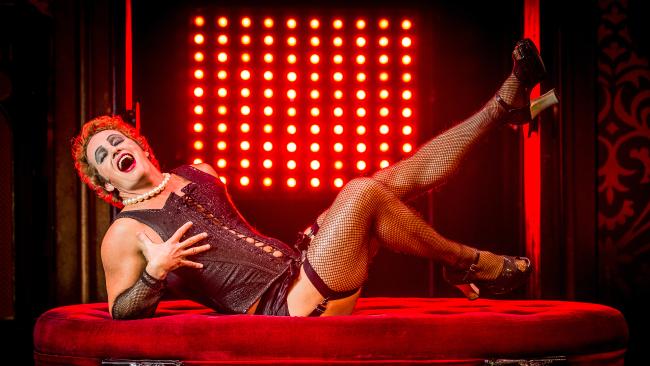 McLachlanâ€™s extensive resume isnâ€™t all naughty, however, as heâ€™s starred in numerous productions across the globe playing a variety of diverse characters. Heâ€™s equally as enthusiastic about them all, whether theyâ€™re onstage or on screen. The multifaceted actor appeared as the flying-automobile inventor Caractacus Potts in Londonâ€™s Chitty Chitty Bang Bang, and says the difference between being in an adultâ€™s show compared to a childrenâ€™s musical is, firstly, â€œâ€¦weâ€™re wearing more clothes.â€

He continues, â€œIâ€™m a big kid myself, so â€¦ I decided that for my Potts I would make him very high-energy, which is the way I tend to be with kids. My Potts was somewhere between Dick Van Dyck in the movie and Jim Carey. It all comes down to your love of performance, whether youâ€™re doing family shows or filming Wrong Girl or Doctor Blake. Whether Iâ€™m Dr. Frank (sings Faithful Handyman), Dr. Blake (recites lines) or crazy Eric on the breakfast bar putting his foot in his mouth, Iâ€™m still in love with what I do. Whether itâ€™s Potts or Frank, you relish it. Whether the front row is made up of wide-eyed littlies who canâ€™t believe Potts has made that car fly, or rock ‘n’ rollers in fishnets, I love it all.â€

McLachlan parted with a teasing medley of his favourite Rocky Horror hits, offering a tantalising sneak peak into the sensational world of Dr. Frank-N-Furter. His charismatic voice will soon fill Australian theatres once more, so prepare to pull on your fishnets and slip into a pair of stilettos for a scandalous night of rock â€™nâ€™ roll.

WAAX’s Chris On Touring And Writing For Their Debut Album