Creatively Isolated: The Bard on Lockdown 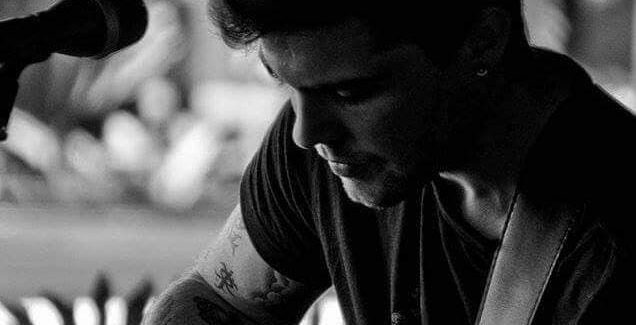 As society grinds to a halt and our lives are rearranged beyond recognition we are all trying to come terms with the new normal. For a lucky few the option to work from home is readily available. Unfortunately for musicians like the Brendan James, the only option is to adapt.  When the bars close and the venues shut their doors, performers must find a way to keep their creative passion alive as well as their bank accounts. It’s safe to say that when The Bard of Brunswick performed his last live show two weeks ago he didn’t realise it would be one of Brisbane’s last live music performances for the foreseeable future.

As my life has also been unexpectedly affected by the sudden global lockdown I interviewed Brendan from northern Edinburgh. I was drinking my morning coffee and trying to calm an excitable puppy as Brendan crackled into life on my screen from the other side of the world. Much like many conversations these days, ours started with the virus. We swapped stories of two extremely different countries dealing with the pandemic and compared the newest government restrictions, the small talk of 2020.

Brendan, aka The Bard of Brunswick, is a full-time musician who’s entire income is dependant on performing live. With the closing of the bars and venues, Brendan has been unceremoniously yanked from his routine. We discussed his dealing with lockdown and isolation, new hobbies, social media, remote gigs and staying sane. We also touched on the overwhelming urge to drink wine and watch Netflix indefinitely, something I’m sure we are all experiencing.

Of course, I was most interested in how Brendan was keeping his career alive without anywhere to perform. As with much of the world, the music community in Brisbane has taken to the internet. Live-streamed performances and festivals have cropped up incredibly quickly and are gaining in popularity. Brendan told me how concerned he was when he first realised it may be some time before another public performance. He has spent the last eight years working to build a following in the unpredictable world of music. Brendan is also definitely a performer at heart, known for high energy performances and broken guitar strings. Transitioning to a camera lens isn’t easy when you’re used to leaping around a stage to rapturous applause. Possibly a little dramatic but my point stands. 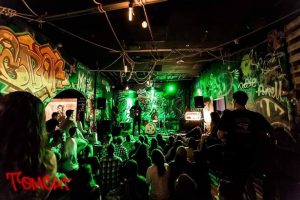 Brendan has begun hosting a live remote performance every Sunday evening from his Brisbane flat. He sets up his camera and opens his enormous window, creating his audience not just on the internet but from the world around him. In this live performance, Brendan tries to interact with his public as much as possible. He takes requests and tries to respond to comments in real-time. As this global crisis continues this will become the new form of attending live shows. We agreed that this has mutual benefits for performer and audience. Having something to attend, even online, is having an incredible effect on our sense of community and human interaction. 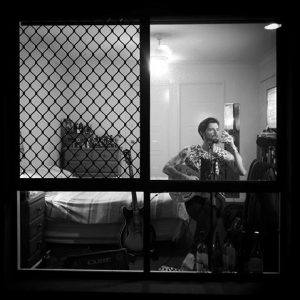 I asked Brendan what he is doing to stave off cabin fever and keep his musical career on track. Of course, he is practising his music as much as possible, but in the time before he practised by performing three to four times a week in Fortitude Valley. Just as most chefs will eat frozen dinners rather than bring their work home, Brendan isn’t used to practising in his flat. On top of maintaining his musical prowess, Brendan is focusing his energies on exercising and improving his culinary skills. Apparently living with two other grown men does have it’s advantages in the gym equipment department. Staying active is vital for all of us, as I have realised after gaining the isolation 5 (you don’t need to know in which weight measurement). We discussed how easy it is to waste time when time is all you have. Staying motivated and creative is not easy when you’re trapped in your own home, but we’ll all have to find ways to make it work or else sacrifice our brains and bodies to the vengeful pandemic gods. Brendan likened his attempting to stay active to justifying his existence, which certainly struck a chord with me.

I asked whether or not there are any skills or self-improvement projects that were occupying the Bard’s time during lock-down. Brendan stated that “Across the board, I think that the most successful artists are the ones who have a few more disciplines under their belt…If you’re a musician who also knows a bit of graphic design stuff you can design your own artwork. You know, release your own posters and promotional material. I have a rudimentary understanding of that stuff, so that’s a skill I can develop.” This may not be a bad idea for many of us who find ourselves to be at a creative loose end, it might be nice to come out of this better prepared for our future careers instead of terrified of them.

When it comes to learning a new skill Brendan is a huge supporter of learning by doing, even if you don’t think you have an inherent talent.

“I was never a natural musician, I didn’t come from a musical family. I went to university, I was 19 years old, I saw someone playing the guitar. I was like that is the coolest thing in the world, let me get in on that. So I was always a performer…but I was never a singer I was never a musician. I played violin at grade three, fainted while sight-reading music for a test and thought well I guess music just isn’t for me. So being able to pick up a guitar and do this thing that I always thought…I mean I play guitar now and I’m intermediate at best but even picking up a guitar I think this is amazing that I can make sounds out of this thing, so I never take that for granted.”

Honestly, I’m in the same boat, as someone with dyspraxia I was told I couldn’t play the piano as a kid, so my dad taught me the guitar. I can’t really independently control my right and left hand, and I’m not very good after almost 20 years of playing, but I still love making noise. It is so important now more than ever to just enjoy the sound, don’t worry about what you can or can’t do naturally, just do it anyway. If it’s terrible, who cares? Maybe you’ll find a new passion that will last a lifetime.

The time then came to discuss the delicate matter of finances, another issue I’m sure we can all empathise with. In this way, it is possible that creatives are better prepared. Used to the uncertain nature of our income we tend to have a decent amount squirrelled away. However, it is the indefinite nature of the dry spell that is causing the most concern. Since Brendan has no real recourse to funds outside of his usual profession it is vital that he keep up his online presence. At times like this, it is down to us to support our musicians and artists by any means possible. Most artists, including Brendan, have Patreon, Spotify and tipping accounts set up that let us quite literally pay our respects.

Alongside his live performances, Brendan does have some musical irons in the fire with regards to new releases. He has quite a few songs which he is planning on live releasing in order to keep his portfolio fresh and active. The Bard of Brunswick can be found on Spotify and even listening to his music will provide support. He has just recently released a new EP ‘Live at Rockit Live Studios’ which contains songs recorded back in 2018. You can find it here.

You can find out more about the Bard of Brunswick from his social media:

And if you want to see the Bard live you can join him at 6pm +10GMT every Sunday on his Facebook live stream.

Now more than ever it’s important that we support each other, maintain an active lifestyle, stay creative, and remember to enjoy the arts in any form you can. It might just keep you sane in the trenches.