If you havenâ€™t heard the hype around Dallas Buyers Club, now is the time to jump on the bandwagon.

With Golden Globe success and numerous Oscar nominations, this is one of the yearâ€™s must-see films.

Ronâ€™s devil-may-care lifestyle soon turns into a fight for survival as he is faced with a HIV positive diagnosis and given 30 days to live.

Not willing to accept the fate of his foreseeable future, Ron travels to Mexico with the intention to smuggle unapproved alternative treatments into the United States.

His self-interest, however, ventures into something much more meaningful for not only Ron himself, but the new community in which he finds himself. 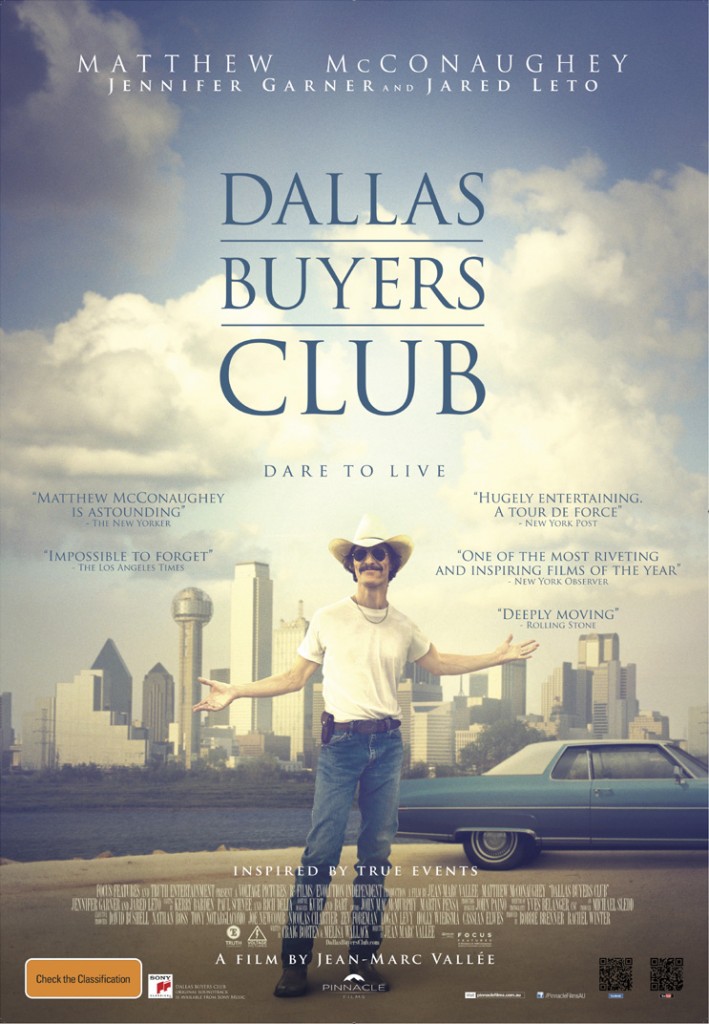 Ronâ€™s entrepreneurship and zest for life finds him illegally selling treatments to fellow sufferers, with the help of an unlikely friend, Rayon; a transsexual and fellow patient (played by Jared Leto).

The story of Ronâ€™s fight for education and acceptance within the wider community, partnered with superb acting, directing, screenplay and filming culminates in a truly riveting and inspirational story of hope.

The early success of the film speaks clearly of its brilliance.

While we wonâ€™t tell you if Ron survived through his diagnosis or the consequences of his underground collective, you could find out with a trip to the cinemas on us!

We are giving away five double passes to the filmâ€™s preview screening on 12 February at 6.30 at Palace Barracks cinemas.

To win a double pass, be one of the first five people to email info@creativedrinks.com.au with the name of two actors or actresses in Dallas Buyers Club.

Successful entrants will be advised via email.

To see what all the hype is about, watch the trailer below.

Steve Allison at The Sit Down Comedy Club