Dan Potthast is the cool uncle you never knew you wanted

While his name might not be as familiar to us Aussies who aren’t die-hard ska fanatics, Dan Potthast is a talented muso who’s been keepin’ it real in the USA since the nineties. He’s a beloved cult figure, a veteran performer, and an all around top bloke. We sat down with him for a chat about his upcoming tour Down Under.

Potthast started out in the nineties with his band MU330, pioneering there own exciting brand of music, “psycho ska”. The band toured the world but never made it to Aus. Dan P has since toured here solo, and loved it enough to come back… and back, and back again.  This will be his sixth time touring Aus.

DP: “I love Australia. I’ve made some good friends in Australia and I’m excited to see them all again. The shows are always fun as well and I always love seeing weird birds and animals that I don’t get to see in Santa Cruz where I live.”

TCI: Do you have a favourite?

DP: The cassowary. They are beautiful and terrifying.

With the important questions out of the way, we asked more about the tour. Dan P is here supporting Ska icons Streetlight Manifesto, but is also doing a bunch of shows at local breweries.

DP: I just wanted to hang out in Australia a bit longer. I figure if you’re going to fly all the way around the world, why just fly around the country to four different cities in four days and fly home? I have no idea if people will come out to the brewery shows at all, but it’s a way to hang out longer and have some fun.. maybe see some wallabies and koalas and hang with some friends a bit.

The second cutest bit of the interview came when we asked Dan what’s the most exciting thing in his life right now.

DP: There’s a lot of exciting things going on.. I just visited my nephews in Texas, and that was really exciting. I could not be prouder of the two of them. One of them just graduated from high school and the other one is just out of high school and is doing an amazing job holding down two jobs and growing into a young adult. It is exciting and amazing to see what a great job my brother has done being a dad.

The cutest bit of the interview was when was when we asked our favourite question – what is a question you would ask if you were interviewing you?

DP: I’d ask “who are the best two dogs in the whole world?” And I would answer “Weezy and Tequlilla!” And I would show you a picture. 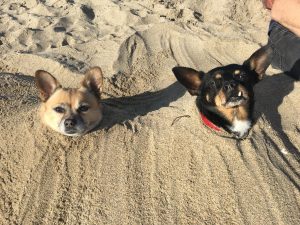 That settles it folks. Dan P is the beer drinking, dog having, ska playing uncle you didn’t know you wish you had. You can by tickets to the Streetlight Manifesto Show here, and check out his Facebook page here. 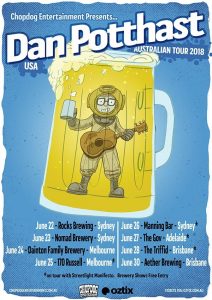 Out of the Box Festival: Kid Culture Heaven

West Thebarton love what they do, and they do it loud