Darren Middleton just released his third solo album, TIDES, and is heading on an East Coast tour this month to celebrate.

People would know Darren as the guitarist from Powderfinger but he has become a successful musician in his own right. He’s writing film scores with his company, Sonaire, and teamed up with Clayton Donovan from Wild Kitchen (SBS TV) to present music and fine dining across Australia. Somehow he’s also had time to write and record another album.

Teaming up with Davey Lane from You Am I, TIDES is a new direction for Darren since going solo. He’s now taking this album on tour and hits The Zoo on October 19th. We had a chat to Darren about the latest album and accompanying tour.

Coming out of a highly successful band to starting from the beginning as a solo artist is a big transition to make. “Well it was a been a bit of an up and down journey really. I was always a guitarist/songwriter with [Powderfinger] so writing songs is something that I’ve always done and loved doing. Initially I thought once the band called it a day that I’d jump back into it, it’s going to be great and I’ll just carry on. I ended up finding a whole lot of emotional hurdles that I hadn’t quite expected because you can’t go through that massive change in life unless you are actually going through it as much as you read about the idea of a 20 year/half of your life relationship ending and you’ll be fine.

“So I found a little bit challenging and I kind of needed to go back to the start in many ways and work out why I was doing what I was doing. What I felt my contribution to society was anymore and did I want to do something completely different. I found after about a year of stumbling around that I did desperately love music and that I still had some stuff to share and basically I just shared my life journey at that point. Some struggles and some places that I’d found myself in that I never expected I would find myself in. Now six or seven years later, this is my third record so I’m comfortable and feel really good with where I am in my life at the moment.”

Keeping himself extremely busy, we had to ask Darren how he had the time to make TIDES. “That was a difficult and slightly frustrating part I had over the last year and a half. It’s only frustrating in an intensely personal way because I was still working doing music for film scores and stuff which is amazing. For this record I just had to pick at it when I had a chance and when Davey [Lane] had a chance and when I could get my musician friends involved so I did it in bits and pieces. I almost threw it all away halfway through thinking it was just a piece of junk and that I’d never finish it. I finally got to the end and I was totally stoked with how it turned out so I can only think that a year a half spent picking at it was all worth it as far as I’m concerned even though at the time it didn’t quite feel worth it.”

So from rock band to film scores to being a solo artist, music seems to be an important part of Darren’s life. “Yeah pretty much since I reckon I was fifteen years old. A mate handed me his guitar at the end of soccer training one day and just said ‘can you take this home for me? I’m catching the bus and I’ve got too many bags’. It’s kind of been since that point that music has been the main kind of part of my life, it’s not all that’s in my life at the moment. I do have other interests thankfully but it’s a big chunk of my life.” 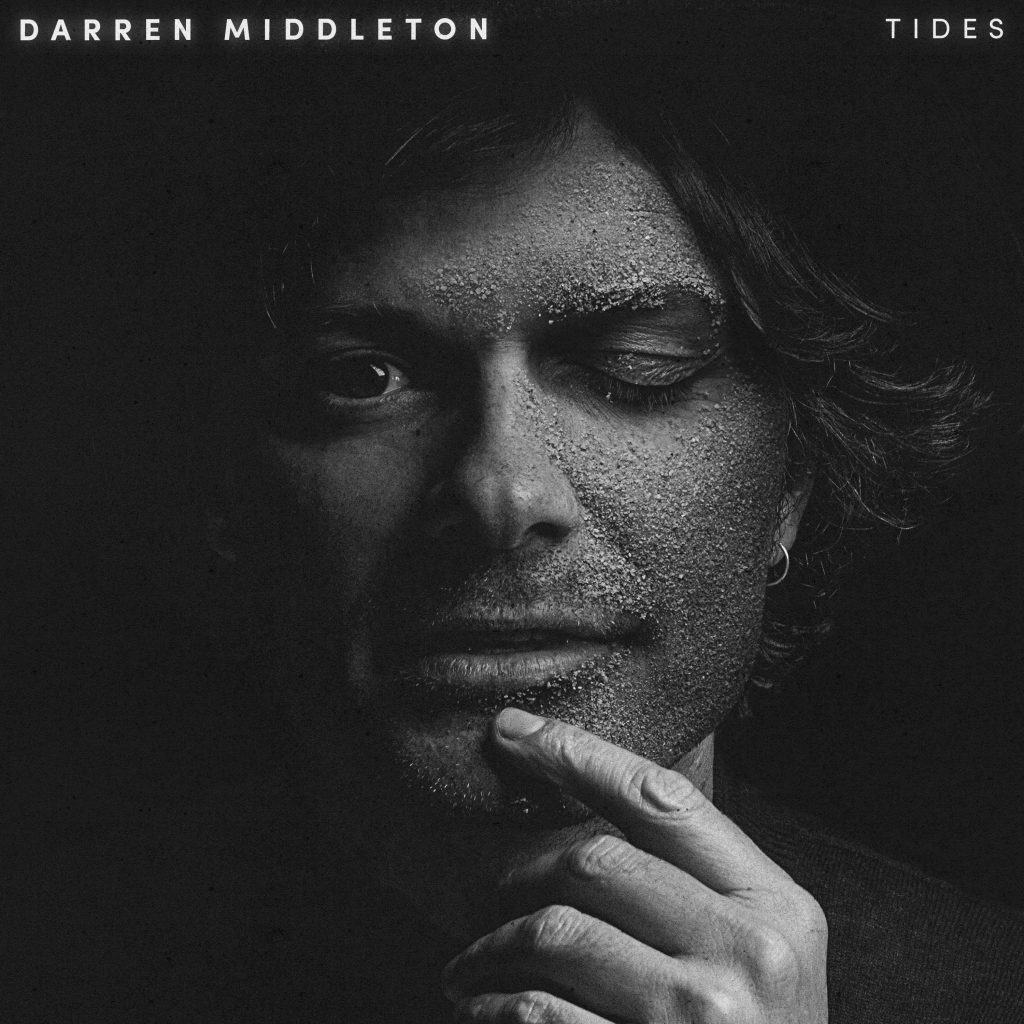 Darren brought together a bunch of talented musicians from across Australia including Graeme Pogson (The Bamboos), Luke Hodgson (Meg Mac), Louis Macklin (JET) and many more. “It wasn’t too hard [to coordinate] this time around because I was really just picking at this album when I could. So I organise a time that suited them and say ‘great! Come into my studio and we’ll do it’. On previous and in more traditional styles of recording where you lock down two or three weeks at a time and think okay I need to fit everyone in. It’s a bit more a juggle but for this I was really like ‘whenever it suits you, I’ll be ready so come on in’.”

What made Darren go in a different direction with TIDES? “I think it’s just in my nature, and I can imagine it’s in the nature of most creative people, I don’t really ever want to just recreate what I did previously and that’ll do. I think there are bands that that works incredibly well for. For example ACDC, they’re not really inventing the wheel album after album. They’re on a good thing and they do it again and again and again. But for me, I like to jump around a bit and broaden my musical escapades and it’s also to keep my interests. I like to do different things. I feel like I’m learning new things and I’m pushing other boundaries.”

The songs on the album each have a story to tell and it’s easy for people to choose one that they resonate with. “Different songs for different reasons. The first track ‘In The End’ kind of resonates with me because it kind of tells the story of the album to a degree. I was wandering around India at the time last year and, as you know with India, there are many people there and they’re all strangers to me and I was just thinking about what I’m trying to do and it really is to just build connections and offer answers to peoples lives and offer a point of escapism for them and that’s exactly what I want in music so I think maybe the first song sums that up. There’s also a little track in there called ‘The Bully’ which is very much about a close to home situation for me. One of my family members being bullied at school. That’s got a bit of personal relevance. They all hold different pieces of life to me and the joy is, if you like ‘Some People’ for instance or you feel that there’s something in that story that resonates with you then that’s my job done. That’s the aim of a writer I think.”

The tour kicks of next week in Melbourne before heading to Brisbane then Sydney and Darren’s been preparing. “I try to be as up to speed and rehearsed as I can on my instrument. I don’t play it as much as I used to purely based on the fact that I do other stuff, the film scoring is not so much guitar work. So I still definitely like to be as prepared as I can to step on stage so when we’re on stage there’s a whole lot of spontaneity and that really can exist only when you are good at your instrument or when your voice has been warmed up for weeks so that’s able to do whatever the hell happens in the moment. Which is pretty important for me. I suppose it’s like an athlete being ready for a race, you train for it and then you don’t quite know how the race is going to turn out, you just start running. I guess that’s an analogy in that sense.”

He promises a unique experience if you’re heading along to one of the shows. “I’m going to play a bunch of these new songs. I’ll definitely have a lot of fun. I like to converse with the crowd and my band mates so it’s a bit like a conversation with a bit of music thrown in and I’m never quite sure how it’s going to all pan out so we’ll have to wait and see.”

Being a legend in the Australian music industry, we couldn’t pass up to opportunity of asking about any up-and-coming Australian artists. “One of my favourites is a young singer out of Brisbane by the name of Sahara Beck. I came across her about three years ago now. She was doing a very small gig here in Melbourne and no one really knew who she was but a friend of mine in Brisbane said to go and check her out. I did and she finished and I left to go and basically head home but then I turned around and thought what the hell? I’ve got to go and introduce myself and say hello. She was really good and I just went “you’re amazing”. Subsequently, she’s sang on a few of my songs in my past recordings and I’m there for her if I can help her in anyway with my advice. She’s pretty amazing.”

There’s still tickets remaining for his show at The Zoo this month here.

Faith and Science Clash in Nearer the Gods