Dava Sobel spoke at the Brisbane Powerhouse as part of the Writers + Ideas Program, curated by producer Jane Oâ€™Hara. Dava was in conversation with Paul Barclay of ABC Radio National to promote her book The Glass Universe.

Dava is a prolific science journalist and during the night shared her illustrious interviewing credentials, namely one Carl Sagan, which lead to a science writer position for Cornell University. Davaâ€™s interest in the sciences documented in her choice of topics for her writing, including her book The Planets. She was also a science reporter for The New York Times.

The Glass Universe follows the story of the women of the nineteenth century involved with cataloguing the universe, both financiers and human computers. Women who were employed by the Harvard Observatory undertook the grandiose and painstaking task of analysing glass plate images of the night sky. Through this process, they could plot the stars and theorise as to their nature.

We share the journey with the individual women and track their interest in the work and frustration with the challenges. Edward Pickering, director of the Harvard College Observatory for many of the years covered in the book, was supportive of female employment. He actively campaigned for their employment, inclusion in the sciences and training. No doubt also motivated by his meager budget and ability to employ more women for the same funds.

The issues the women faced of low pay echo sadly through to our present workplace. Dava and Paul discussed how there was an assumption that pervades modern society that if the work was done by a woman, it was easy and not worthy of celebration. Paul questioned why women are not drawn to the sciences and Dava adroitly reflected that they were indeed drawn to the sciences but from a young age are actively dissuaded. 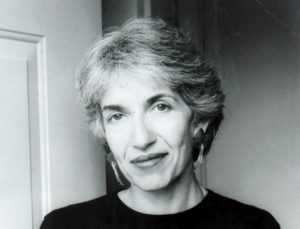 The tide is turning. Contemporary releases chronicling the achievements of women scientists include Hidden Figures: The American Dream and the Untold Story of the Black Women Mathematicians Who Helped Win the Space Race by Margot Lee Shetterly and Rise of the Rocket Girls: The Women Who Propelled Us, from Missiles to the Moon to Mars by Nathalia Holt.

A Glass Universe is at its essence a celebration of scientific discovery and the painstaking dedication required to further our knowledge of the universe. Passion can make any topic fascinating. But sometimes storytellers are still required to draw out the journey. Dava Sobel has again turned her hand to share fascinating story.

What: The Glass Universe by Dava Sobel as part of the Writers + Ideas Program

When: Tuesday 5 September to Monday 30 October

Images by Mia Berg, supplied by the Brisbane Powerhouse