It took the world to stop for You Am I to start and record their best album in years.

Without last year’s unexpected downtime, there may not have been another You Am I album. Worn out after a gruelling tour schedule in 2019, front man Tim Rogers couldn’t envisage making an album together again.

Then came 2020. Armed with a swag of folk songs he’d written on a South Coast New South Wales trip, Rogers began swapping ideas with guitarist Davey Lane. Suddenly, You Am I were making a new album.

Cooped up in isolation—with Rogers and Lane in Melbourne and bassist Andy Kent and drummer Rusty Hopkinson in Sydney—the band worked remotely to make The Lives of Others, You Am I’s eleventh studio album and one of their finest to date.

We caught up with Lane to chat about the new record.

The Creative Issue: How did You Am I go from an uncertain future to making your best record in years?

Davey Lane: We did a lot of touring mid-way through 2019, and a lot of it was regional touring. So a lot of driving and it was kind of a grind, so I guess we were just worn out, really. I get the feeling that the tour took a toll on Tim. But he was keen to do a few other things which he did and continues to do. But at the end of the day, look at the fucking guy… he’s built for rock and roll!

The album came about last year once we started to get an inkling of how the year would pan out. I was making guitars and making music of my own to keep busy. But when time is of no kind of consequence, I was looking at things to do and Tim and I were chatting and throwing ideas around and it started there. 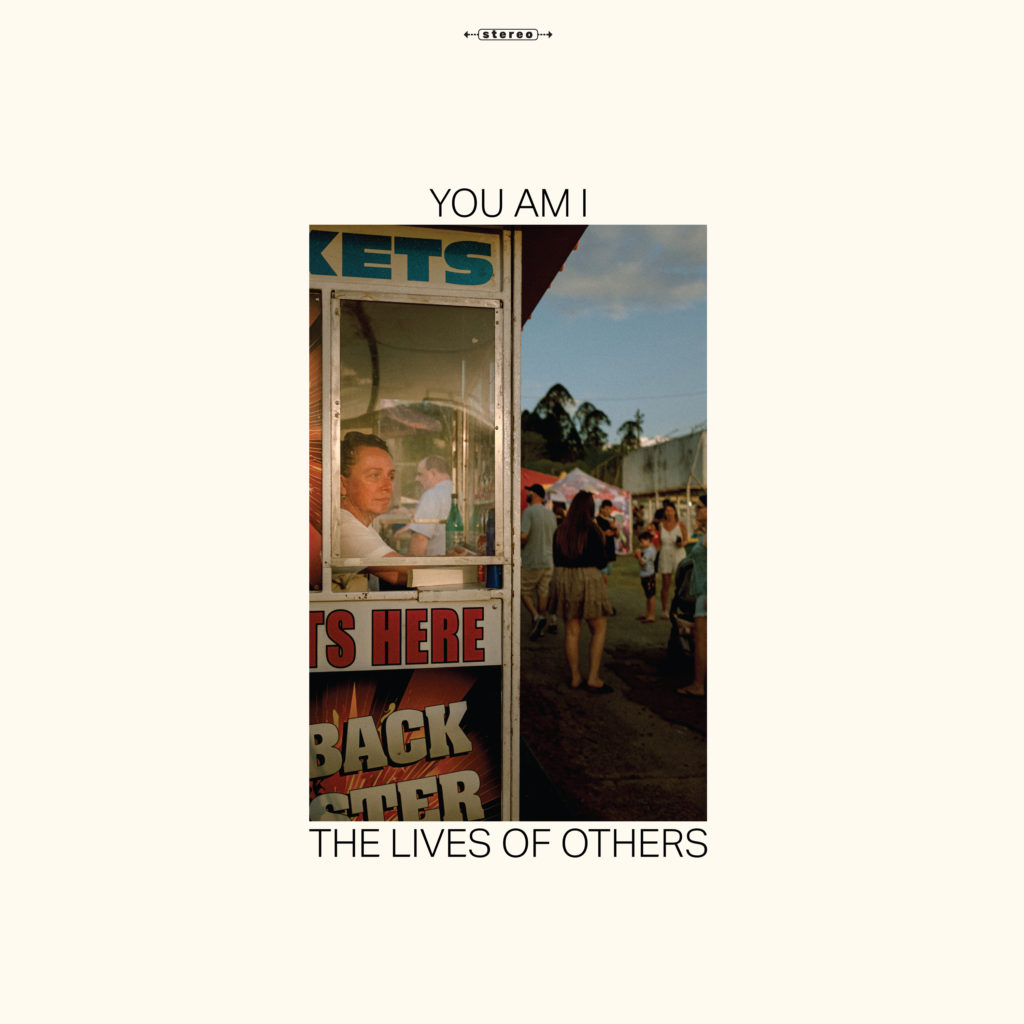 TCI: Some of these tracks started as folk songs. How does a folk song become a You Am I song?

DL: Tim had already started writing a lot of these songs for something else. From what he tells me, the songs were—lyrics aside—completely different in every way.

I think his approach changed after we started talking and throwing ideas around. I don’t think at any part of the process did we go ‘we’re making a record’. It evolved as an unspoken thing.

One of the positives was that we had time to go back and edit and refine. Records in the past we’ve just gone in and smashed them out. Sometimes you come up with great stuff doing that—Convicts was born of a process like that—but other things might have benefitted from more time. But records are a document of a time and a place.

TCI: You wrote ‘I’m My Whole World Tonight’ early during lockdown. Do you think that time gave you all a mental reset?

DL: At the time I’d written the song, the novelty of it [lockdown] had not yet worn off. I’d been touring with other acts right up until everything shut down. It was like ‘this is a bit of a novelty… this is kind of an enforced break. I can have a few days off… I’ll go sit in the yard and read a book’.

TCI: How did you stay cohesive as a band while you were all apart?

DL: It wasn’t a conscious thing. I think just by proxy of our own idiosyncrasies and chemistry as musicians together that was the cohesion. It was frustrating that Tim was five minutes down the road from me… that did get a bit wearing in the same way it was wearing for everyone in Victoria.

It’s funny, I’m really stoked that the general consensus is that people say that it sounds like a band in the room, which is precisely what it is not. Next time we make a record, I want us to be in the same fucking room together!

TCI: What do you think will be the musical legacy of the last year?

DL: I reckon there’s going to be a genre of COVID pandemic themed songs that are not going to stand the test of time too well. I’ve heard some shockers lately!

But definitely, there’ll be a wave of creativity inspired by the period, but we made a point of not referencing it. Once the world gets back to normal, I don’t think anyone wants to be reminded of it…

TCI: What music influenced you while making the record?

DL: I’ve been listening to a bit of local punk stuff, really great band called R.M.F.C. who are from Ulladulla funnily, they’re really good. I really love Amyl and the Sniffers’ new record, I thought that was really good. But although there’s flashes, there’s You Am I records that have been touched with punk influence more than this one.

There’s a band called Cleaners from Venus who are a really great early 80s underground indie group from the UK who sit in that world of XTC and Robyn Hitchcock, and yeah apart from that just keeping my ear to the ground and seeing what’s happening out there.

TCI: Which songs are you most proud of on the new album?

DL: There’s one called ‘Rubbish Day’. I don’t think we’ve ever gone that far into the realm of pastoral prog. When Tim first played it to me, there was lots of really beautiful fingerpicks, arpeggio guitar… I thought ‘hmmm, wow, where am I going to sit in here?’. But once Rusty overlaid all his percussion stuff that solidified the approach. That’s one I’m really proud of.

I think ‘Manliness’ is one of the best songs. It’s one of Tim’s best ballad-y tunes. The sentiment is pretty pertinent for modern times. It’s done with sensitivity and honesty and also with that wry, self-deprecating thing which Tim does so well.

Obviously, I’m proud of the ones I wrote too, but in terms of the record as a whole, ‘The Waterboy’ I knew from the first time I heard it that it’s going to be a classic You Am I song. I can just picture Tim sitting a metre away from me playing that song for the first time and thinking ‘fucking hell this is really, really good!’.

As a whole, for me it’s the You Am I record I’m proudest of.

TCI: Is ‘Reader’s Comments’ a commentary on social media?

DL: Absolutely. It’s a necessarily evil and I’m as guilty as anyone as wasting 40 minutes mindlessly scrolling through Instagram. But a lot of the mystery and slow, long release of music… it’s now a whole other kettle of fish. Everything is immediate, everything gets absorbed and discarded so quickly.

People have always written into magazines or newspapers but it’s that immediacy, the volume. I’ve seen some really nasty things written about our band and it’s just ‘who the fuck are you?’.

I guess ‘Readers Comments’ is about that.

TCI: You’re currently touring the album. It must be strange touring during these times?

DL: It’s certainly less strange playing in 2021 than it was at the end of 2020! I did a couple of shows with my own band where everyone sits down with masks. It almost feels like you might as well be making a video clip. But I was fucking grateful to be doing them, that’s for sure.

We played at the Enmore Theatre the other week, that was the first show that felt almost like the normal world again. I’m just fantasising about being able to tour overseas again…

TCI: What else are you up to?

DL: I have my own studio so if I want to make music, I can. Today was a free day and I had an idea and bashed out something that’s now a demo – but I’m sure I can build it into something.

I’ve been lucky enough to play on a couple of records that come out later in the year for people overseas like Robyn Hitchcock and Todd Rundgren. We’re doing a song together on Todd’s record which is a huge honour for me as he’s one of my big musical heroes.

I’ve made another record of my own which is pretty much straight up rock/power pop and that’s pretty much finished.

It never stops really which is good and keeps me from going potty!

The Lives of Others is out now.