We all need a little magic right now, and we’re perfectly enchanted by Little Acre farmers and their wholesome, gourmet mushrooms.

Amy and Mickey, science and agriculture gurus, have spent the last two years cultivating a thriving mushroom business known as Little Acre Gourmet Mushrooms. They are seriously passionate and their shrooms are seriously stunning.

Their passion bloomed when they were given a mushroom grow kit for Christmas one year.

“Once we discovered this mushroom world we became completely obsessed with it. It’s such an unexplored area of biological science that’s just taking off. They are incredible organisms and there’s so much to learn about them. Some are being used to generate biomaterials that could make bricks and leather, and be the answer to a lot of manufacturing problems.

“It tickles our curiosity and we’re both really into the natural world so it just hit the right buttons.”

In the heart of Brisbane, their mushrooms grow inside ex-refrigerated shipping containers, in which the environment can be controlled. While it may not look like much from the outside, there is a lot of action happening within.

Amy and Mickey keep a close eye on them as they grow and uncurl.

“It’s a bit of an art form and it’s all about timing. Mushrooms have a very short life cycle and you want to pick them before they mature and release their spores (seeds), which is just after their caps start to flatten. After that, the mushrooms decide that their job is done, and they begin to deteriorate.” 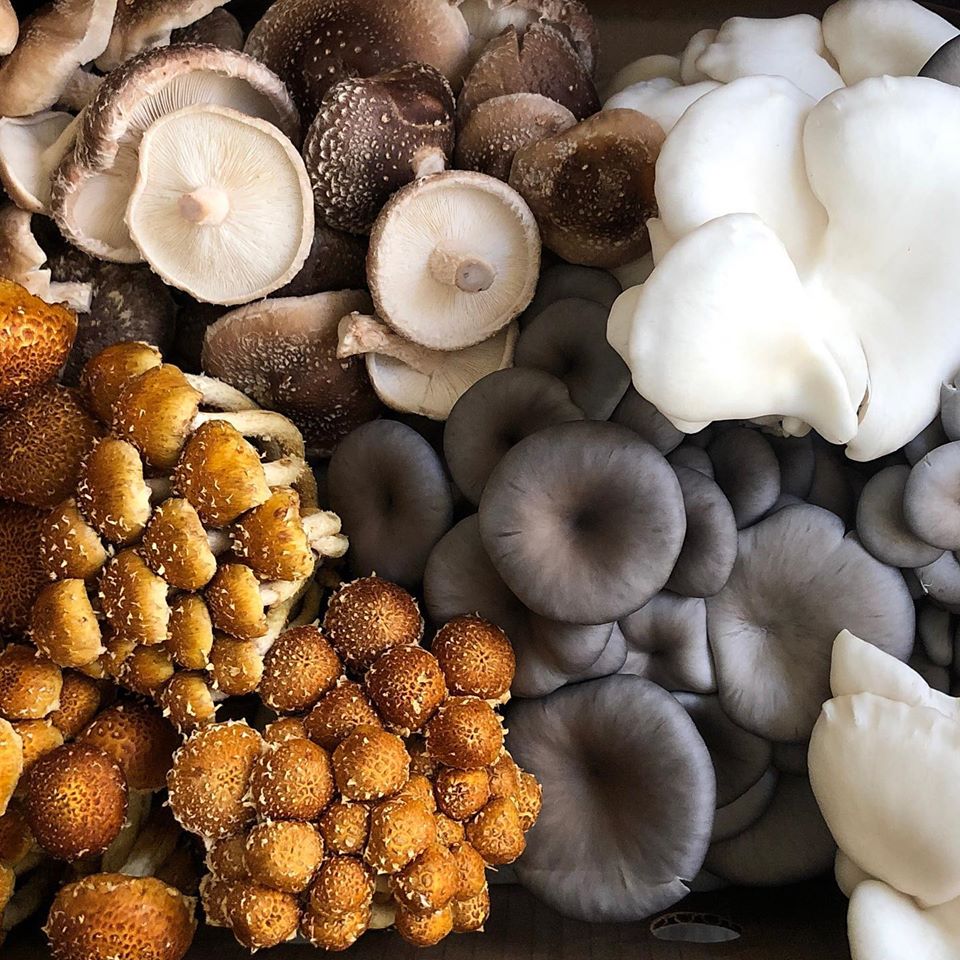 The more the farmers ‘get to know’ their mushrooms, the more they’ve been able to influence colour, shape and size, and even cross-breed to make new varieties.

“More light will result in more vibrant mushrooms. It’s a common myth that mushrooms grow in the dark. Our mushrooms are grown under LED lights, which help orientate their growth, let them know which way is up and enhance their natural colour.

“Shape can be manipulated by changing the carbon dioxide levels in the room. As mushrooms grow, they expire carbon dioxide and take in oxygen, just like us. They don’t like to sit in their own carbon dioxide, so they grow taller searching for fresh air.

“A great example is the Enoki mushroom. Do you know the long, skinny white one? In nature, these mushrooms are actually short, with a wider cap and golden in colour. Through generations of cultivation, humans have manipulated a strain of Enoki to grow long, skinny and white through growing it in a bottle in a high carbon dioxide environment with little light.

“You can cross species from the same genus or family. For example, we’re growing a new variety that is a hybrid between a King Oyster Mushroom and a Pearl Oyster Mushroom called a Black Pearl King. The result takes traits from both species and a successful hybrid will take the best traits.” 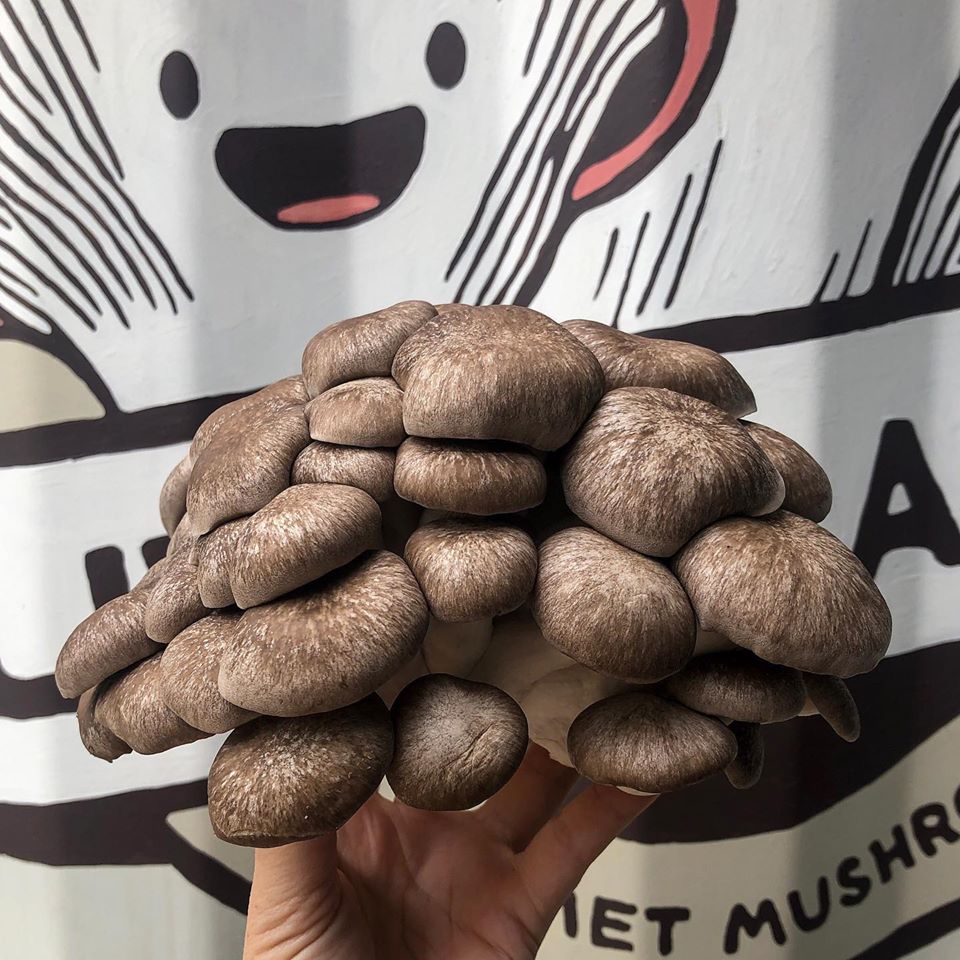 They are Brisbane’s only speciality mushroom farm, and their inner-city location has made their crops hot property to local cafes and restaurants, and local residents.

Amy and Mickey are devastated by the recent decimation of the hospitality industry. Many of their friends have shut down their businesses or lost jobs. They have lost 95% of their orders.

But they are rolling with the punches and adapting to the changes, even if that’s on the daily. 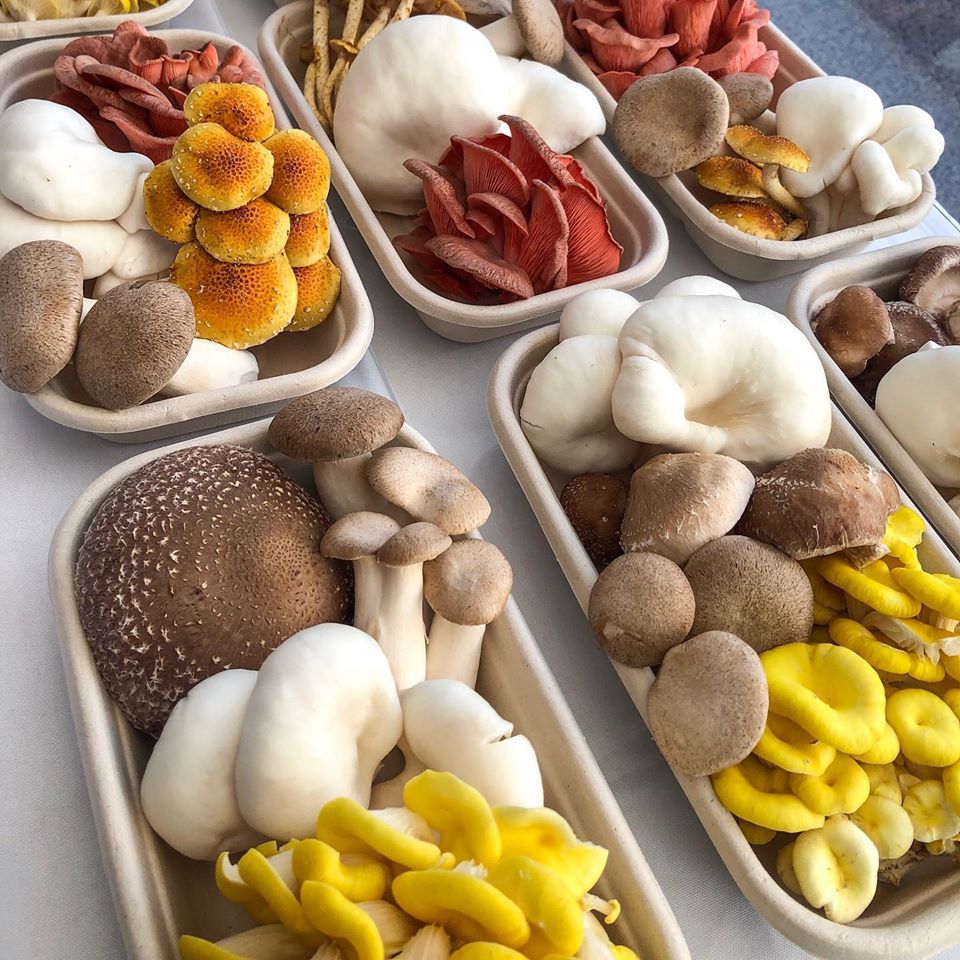 They are ensuring Brisbane still gets its fix by promoting home deliveries, grow kits and vouchers.

“We set up a home delivery element to our service, allowing the public to order online.

“We’ve reduced our minimum order amount to make it easier for those who might be on their own or in a smaller household so they can still get fresh, nutritious produce delivered to their door.”

Little Acre also sells Grow at Home Mushroom Kits from their online shop. Growing your own mushrooms is a fun, indoor activity for the whole family. And you can harvest your first crop in less than two weeks.

These are all ways we can support these thoughtful farmers and their shrooms. 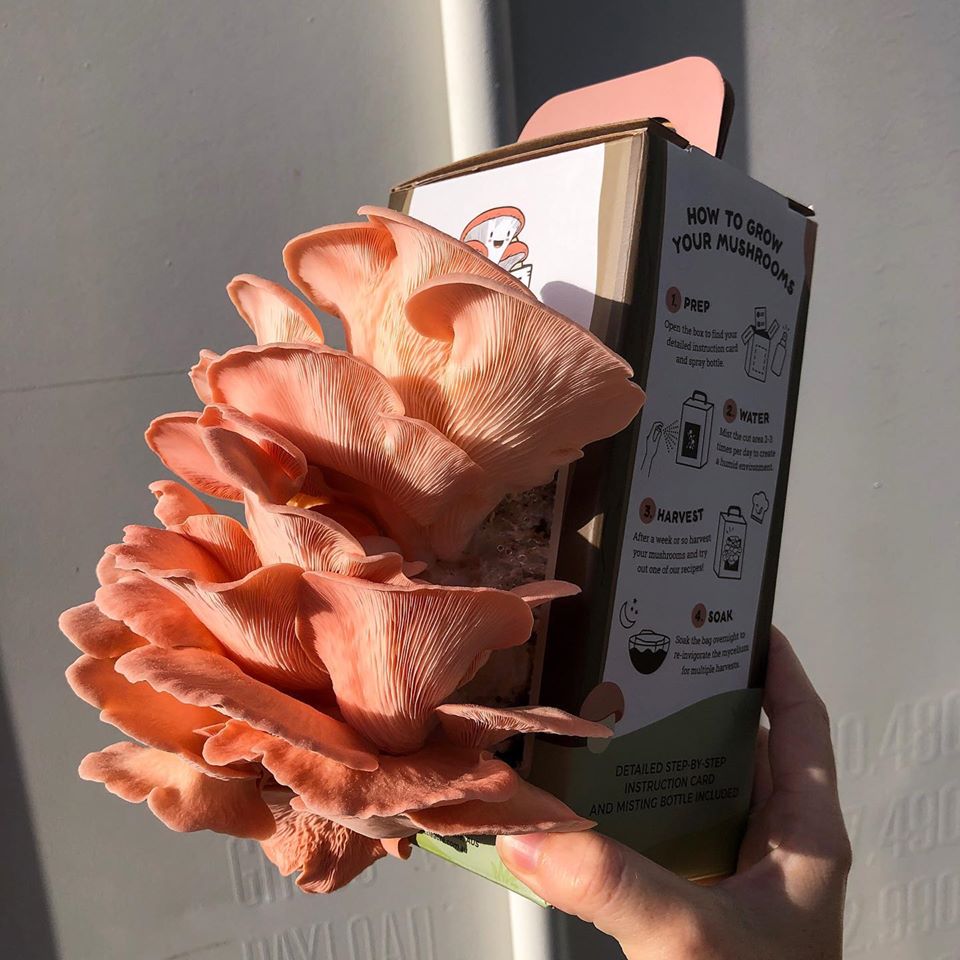 Amy says that the most important thing is to try to support your local cafe or restaurant. She urges us to avoid using delivery apps.

“Ring up the venue directly and order through them that way all the money is going straight to them. Think about how much you liked going to that bar or cafe and catching up with friends on the weekend and do what you can to make sure they will be there for you to go again.

“And for produce, shop with one of the many local grocers or veg box suppliers that are available. 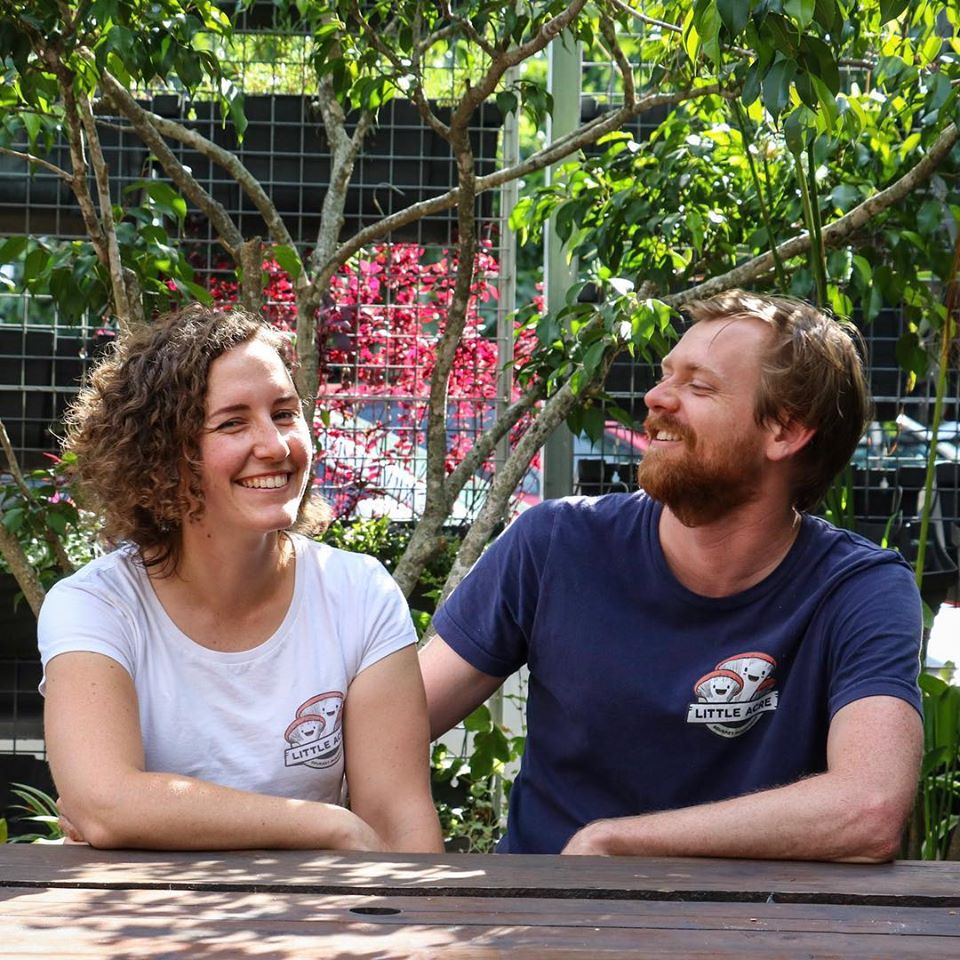 A Day in the Life: Alex Walsh

Stellie: ‘How Do We Look So Good?’