How are Brisbane’s classical musicians coping without concerts? We asked Ensemble Q to fill us in.

Founded in 2017, the group is Ensemble In Residence at the Queensland Conservatorium Griffith University.

The Creative Issue had a chat with Ensemble Q artistic directors Trish O’Brien and Paul Dean on all things isolation.

The Creative Issue: What is it like to be musicians and directors during isolation?

Paul Dean: It was a funny start to the pandemic for us, because Trish got really sick with the flu. We were in Hobart, giving a concert, and she got really sick. In fact, you know, if it were today, we’d go and have a test for the virus, probably. So, we spent the first three weeks, both of us getting over this terrible flu and trying to teach online. We’ve been in lockdown since before our colleagues at the Con. The first couple weeks it was just a case of watching the news, trying to see what was going on. I think we’ve eventually found a rhythm. We’re both doing more practise. I’m doing more writing.

It’s weird. The first bit was just about cancelling everything, and trying to get money back on deposits, plane tickets and things. I guess the difficult thing for us is now is that it’s impossible to plan. We don’t know when everything’s going to be open again. We’ve been trying to think about 2021, and it’s a case of nobody’s opened their books for 2021. I guess the general feeling amongst most musicians is that there’ll be no concerts at all in 2020. Perhaps not even the first part of 2021. But, we’re all just guessing.

Trish O’Brien: One problem is that we have three international guest artists, obviously they can’t come, so that’s on hold. Also, our core members come from Sydney and Melbourne. We’re a national ensemble, not just Brisbane. So, it makes it very difficult. Last night, our hearts sank when we saw Virgin was going down. We spent $5000 for flights on Virgin, and they’re gone. Things like that, you know. Our budget is severely hit. We’ve got goodwill, though. We’ve had donations coming from audience members who want us to keep going, which is quite encouraging. 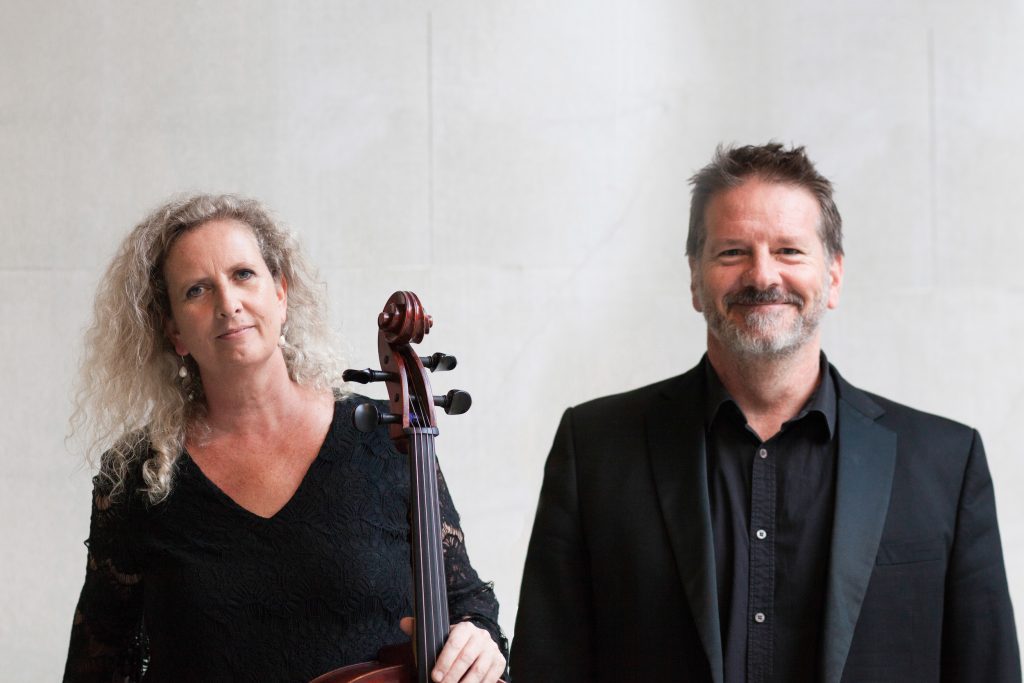 TCI: Have you found ways to rehearse the ensemble online and stay connected?

TO: No. We live 3.8 kilometres away from the centre of Brisbane and we’re on ADSL 2+, because there’s no NBN. Initially we thought we could stream concerts, things like that. With the whole world sitting on the Internet and making things so difficult, we made the decision not to. Not to let ourselves down, I guess. For us, the quality of our playing is really important, that’s why we have people coming from all over Australia. For us to then take an iPhone recording from a lounge room and splash it out there, warts and all. It’s hardly fair to any of the musicians, especially if we can’t be in the same room as each other. We will release some of our old concert recordings, so people can see what we did when we were live.

PD: I guess like all arts organisations in this country, no one really saw this coming at all. So, we’re really flattened by it. But, we’re both in a very lucky state to be able to teach in this adversity. We’re amongst the very, very lucky musicians who still have an income. Our heart goes out to all those gigging musicians, and all people in the arts who have just been destroyed. And then our colleagues at orchestras like the MSO who are being blind-sided as well. So our thoughts are centred on how lucky we are, and how much we’d like to be able to help.

TCI: Did you find it difficult to transition to teaching online?

TO: It was a struggle. But, we embraced it pretty quickly. I think the biggest problem was discovering how useless the internet is when everyone’s using it at once. In this house, I’m teaching, Paul’s teaching, and our daughter is doing a university course online as well. So, we have to take turns and schedule who can teach when. But, I think we’ve got that now.

The university said, normally, if they were going to transition to online teaching, they’d probably take two years. They gave us a week. That’s been a really massive change for everyone. As Paul says, I think in many ways, our students are actually getting more value for their money and more detail in the lessons. It’s quite satisfying. 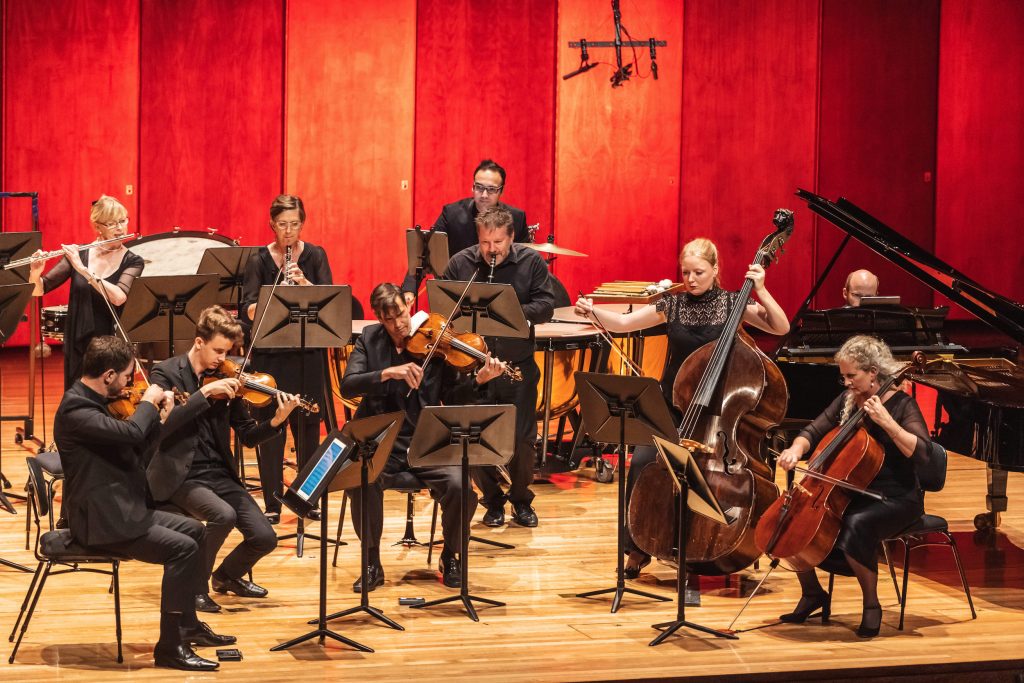 PD: We’re getting there now. It’s a daily challenge to get the teaching done, because it takes about three hours longer. Students send videos to us, we sit there, writing notes and rewatching. In some ways, speaking for myself and probably Trish too, I think we’re all teaching more thoroughly. It’s just you can’t have that immediate back and forth with the student. It really takes about three hours now to do one hour. With Trish doing eight hours at the Con, I’m doing about 13-14, with classes, it’s difficult to find the time. It hasn’t been easy in the slightest, but we count ourselves very fortunate.

TCI: What is it like to be Ensemble in Residence at the Conservatorium?

PD: At the moment? Well, the doors are locked.

TO: We’ve had all our funding withdrawn. It’s not so good.

When it’s open, we get to play in one of Australia’s most beautiful music halls. It’s good because we can be very creative with our program. We don’t represent the Conservatorium, so the connection allows us to be more research-based in our programming. We can take risks. Our programs go for musical integrity. We don’t have a massive audience base, but the people who do come, really love what we put on.

PD: We have a mentorship program so we get to know some of the better students who are there, who are going to be our colleagues in the next decade. The Conservatorium is magnificent. It’s a regular high-brow, high-class chamber music venue. It’s a nice cross-section of audience we get there. And yeah, we get to be more creative.

Somebody asked me once how chamber music was going for me as a career, and I said it was doing enough to keep me in teaching. I think that’s probably fair. 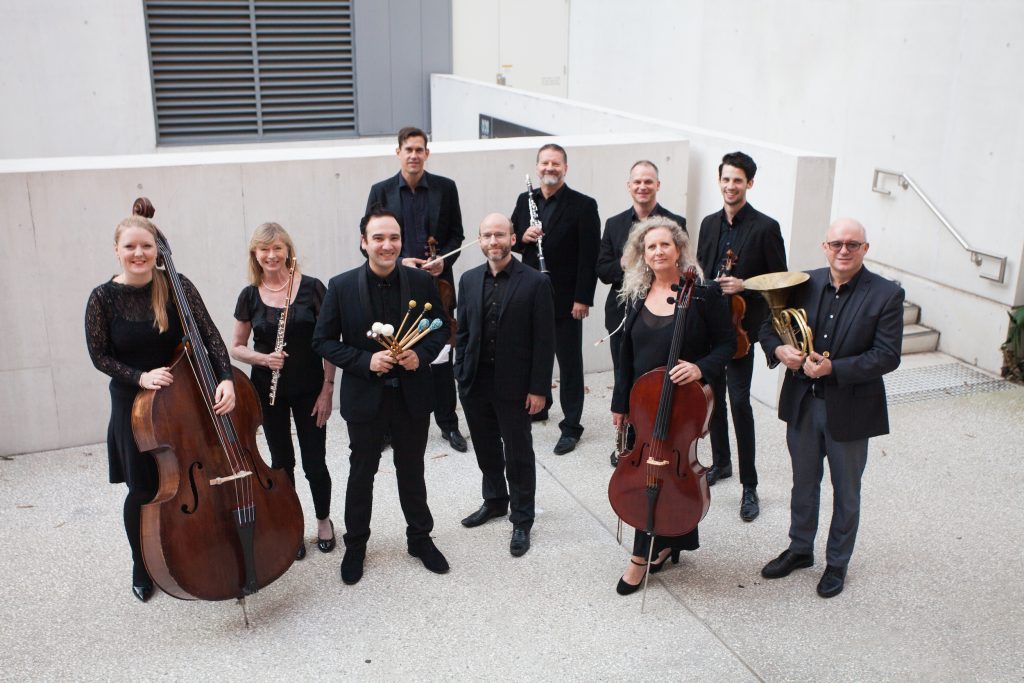 TCI: Are you looking at live-streaming your Musical Chairs Series for Ensemble Q?

TO: We just don’t know. At this point, the venues are closed. Right now seems to be the most confusing time. We’ve got no numbers for Queensland in terms of infections, and everyone is talking about relaxing the restrictions. At the same time, gatherings are our problem. By nature, we need a gathering in order to put on Musical Chairs. It has to be financially viable. We’re counting fifty people turning up, at the very minimum, otherwise we can’t run it. I strongly suspect that we’re going to have to push them to next year.

The whole point of Musical Chairs was the low lighting, the relaxed seating on the floor and beanbags, the glass of wine. It was never going to be a typical sit down concert. It was to get them in the door and open their hearts and minds to these works. I’m not sure that it would translate to streaming.

PD: In terms of Musical Chairs, the venues are just not suited towards live streaming. They’re really funky cafes, or really iconic bookshops, not theatres or halls that have inbuilt power and good internet like say, Griffith theatre does. So, there is a possibility that we could do our Con concerts online, but certainly Musical Chairs will have to wait ’til next year.

TCI: When you can return to stage with Ensemble Q, what are you most looking forward to performing?

TO: Depends when we come back. It’ll just be really lovely to make some music. We’ve both been focusing very much on solo practise and solo programs. It’s all been about embracing isolation. We’re actually kinda enjoying it. But when we get back it’s going to be an incredible feeling to make harmony with people and make music together.

I Lost My Gig

Creatively Isolated: The Bard on Lockdown