We had a chat with Brae Fisher, Dear Seattle’s lead singer, ahead of the release of their debut album Don’t Let Go on February 15.

Since the release of their debut EP, their fanbase continues to grow. With singles like ‘The Meadows’ and ‘Cut You Deep’, it’s clear why. Dear Seattle spent 2018 playing shows around the country and touring with bands like Hockey Dad and Trophy Eyes as well as recording their debut album, Don’t Let Go. We’ve had a taste of Don’t Let Go with ‘Maybe’ and ‘Daytime TV’ which has built the anticipation around the album.

They signed with Domestic La La just over a year ago, a label started by Violent Soho’s James Tidswell with artists Golden Bats, West Thebarton and Loser also signed to the label. “We released our EP about two years ago now and we just got an email from [James] Tidswell just saying ‘hey guys love the stuff love the music’ and as I got the email I was just gonna reply to it saying ‘hey man thanks heaps’ because I didn’t realise who it was. I didn’t actually look at the email address. But when I saw it I was like ‘wait what the fuck?’ And so I quickly looked up that that’s the guy and checked his name. I almost send ‘thanks man hope to catch you at a show’ but then after that I said ‘thanks man love you work’ did the whole spiel and everything. After that we just got to talking. He came to BIGSOUND to check us out and it just kind of went from there.”

Gaining a solid following after their self-titled EP, there are plenty of people counting down the days to hear Dear Seattle’s debut album. “We’re just dying to get it out really. There’s always nerves but we’ve had it for so long, we recorded back in April and we’d been writing it for eighteen months before then. I’m just so eager to get it out, I don’t even care anymore if people like it or they don’t.”

We’ve heard two of the eleven songs off the album but Brae is particularly keen for people to hear ‘I Keep Dreaming’. “The last song on the record is extremely emotional, it’s about my dad who passed away back when I was about seven years old. I just think it’s completely different to anything we’ve ever done. It’s a really emotional ballad song and I’m just really excited to see how people respond to that. Obviously that’s the nearest and dearest to my heart.” 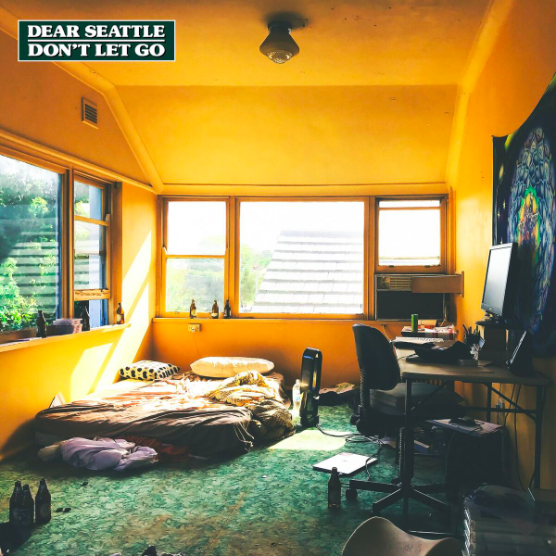 They had a simple approach to the album. “The goal was to just be as genuine as possible. And just write any style and give anything a crack and really hone it in afterwards to what we thought were the best songs. I don’t think there were any kinds of bands or influences that we were going for. It was more have fun writing and see what comes out and when it does, pick the best.”

Dear Seattle also enlisted the help of producer Will Yip for the album. “The whole process was just awesome I feel like we really lucked out. I think a big awesome milestone for us was that we got the whole album mixed by Will Yip which is this awesome producer in the States. And he’s done all of our favourite records growing up. Bands like Turnstile, Turnover, Tidal Fight all those kinds of bands that we grew up listening to so to send it to him and the response we got from him. Everything was amazing, it was such a good experience.”

“He was our number one that we wanted to do it and we just hit him up and was like ‘hey wanna do it?’ And he was like ‘yeah’. So it was a really easy process. I think James and him went back and forth a little bit and sent over some demos, rough things.”

They’ve got a sold out launch party on Sydney Harbour for Don’t Let Go and there’s definitely an Australian tour in the works after the album has been released as well as some overseas plans. “There’s a couple of things in the works. We’re potentially looking to pop over to the UK if possible but nothing’s set in stone at the moment. We’re really eager to.”

You can preorder the album here or have a listen to it on February 15th.