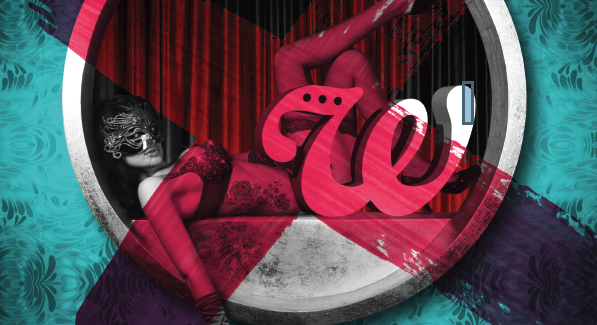 We recently had the amazing opportunity to interview Brisbane Powerhouse‘s Artistic Director and festival extraordinaire Kris Stewart, regarding the upcoming bombastic mix of burlesque, circus, cabaret and magic that is Wonderland Festival, started by Kris himself in 2014.

After 2013 his tenacity to create and build successful festivals hasn’t slowed, with Wonderland Festival, MELT Festival, Queensland Cabaret Festival, and IRL Digital being launched and directed by Kris, and continuing to grow.

We kicked the interview off by asking Kris what Wonderland Festival was all about.

“Our feeling at the powerhouse is that there are some art forms that Brisbane creators lead the world in. Brisbane is one of the great circus cities internationally, with companies like CIRCA, Casus, Company 2 and Briefs Factory among others.

“A number of years ago, we started to look at addressing a couple of different things; one is looking for a festival that can really celebrate things that Brisbane creators are extraordinary at, and another was identifying a gap.”

“Traditionally in Brisbane, there has been a gap around the idea of fringe festivals. The Anywhere Theatre Festival does a really fantastic job at fulfilling one part of what fringes do well, which is open access opportunities for makers. The other thing that I think fringes do well is a certain kind of aesthetic, there’s a certain kind of work that is best presented within a sense of fringe culture, more so than it is within a traditional, subsidized theatre season.” 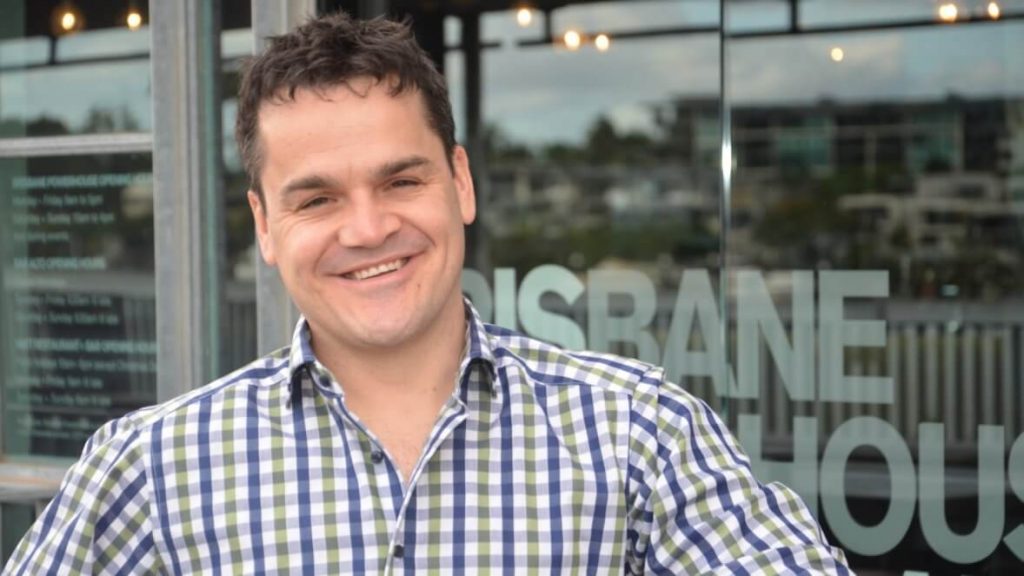 “What we started to look at with Wonderland, was that there existed a gap that we could fill here for creators, and there’s something we can really do to celebrate things that are extraordinary in Brisbane.”

“So, once we defined the aesthetic of what Wonderland was going to be, one big part of it was wanting to celebrate circus/cabaret/burlesque, that fringe performance that’s fantastic in summer, with a beer in your hand, shared with friends, kind of work, that’s really created well by Brisbane’s people, and needs more of a platform to be presented.”

“The other thing we realised, was that there is a great opportunity with festivals to start helping creators and eliminate some of the risks that surround premiering new work.”

“One of the risks associated with new work is the costs, of real estate and marketing. It costs a lot to get a venue, it costs a lot to rehearse a show, production costs a lot, how you market it is expensive. All these things are challenging and more so, a bigger a city is, the more expensive a lot of those things are, but festivals can help with that.”

“When we were setting up Wonderland, we thought, this is a great opportunity to do something that is really important to us, to get more new Brisbane work, onto the stage. Which I think is ultimately one of the most important things for both audiences and creators. With Wonderland, it’s not just about what we’re presenting, it’s a model of how it can be presented.”

“In an ongoing conversation about how we can make the arts more viable in Brisbane, I think that’s a really important part of the conversation as well.” 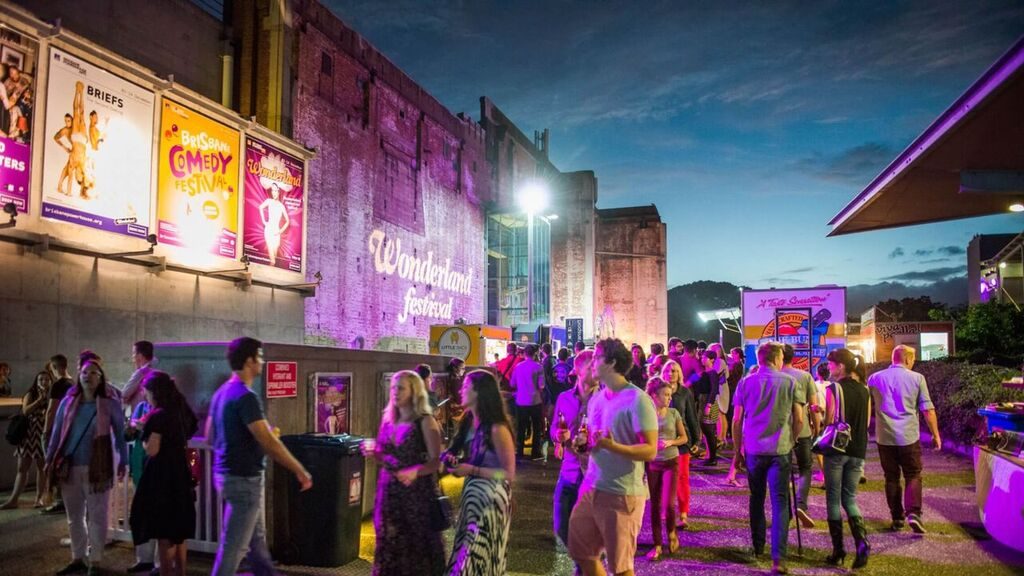 “Because it’s a venue driven festival, and across the year we have three, quite large festivals as well as a number of other shows and events and things going on, knowing, the ability to plan, became a strong positive for us, so that helped us make a commitment to this model.”

As Wonderland has these additional complexities over more traditional theatre setups, we wondered what technical challenges are faced when bringing something as large as this to life.

“One of them is when you’re making so many new works, people don’t know things until they know them, so there needs to be a level of flexibility which is really problematic when you’ve got so many moving parts.”

“I think festivals like this are always challenging, with timing and the need to be open to how things might change.”

Curious if there were any shows that Kris may deem unmissable in this year’s lineup, we asked if he had any recommendations for must-see shows.

“There’s a great female circus from New Zealand, Wonder Wombs, that’s come over, which was pitched to us and we were really interested, it’s sort of politically challenging, and very visual and dynamic.”

“While our major focus is on Brisbane created works, we have this philosophy when we’re programming of trying to have “a foot in New Farm and a foot in New York” which is our way of saying we want to be authentically local, but we also need to look internationally. Both for, where works can go, but also where works can come from” 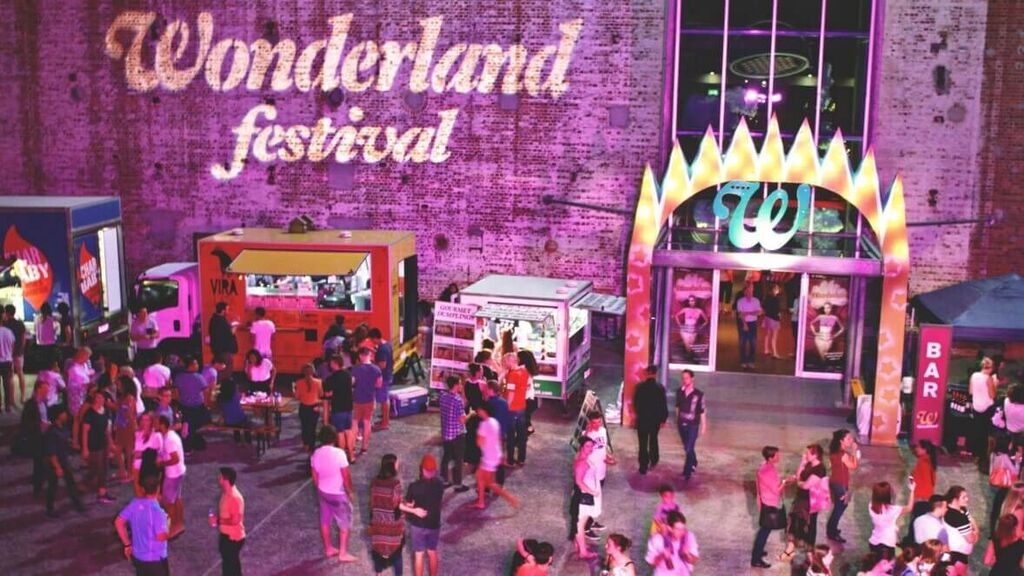 “One of the definite highlights of the festival is Jess Love’s work, Notorious Strumpet, which is a piece that she’s done, and won awards for, at Edinburgh and Adelaide, and she’s a Brisbane artist and it’s a chance for her to really return home.”

“It’s this extraordinary autobiographical piece about someone who’s toured in those large scale, commercial Spiegeltent shows for probably a decade. It’s this great piece of contemporary theatre and circus, but works as a narrative, works as someone playing a character, which I think is a real positive for it, it’s really extraordinary what she’s able to do.”

We wondered what Kris’ hopes for Wonderland Festival are, being such a major part of its birth and subsequent development.

“I really hope the works go on to have subsequent lives.”

“Leah Shelton, who is a Brisbane creator premiered one of her works Terror Australis, which is this kind of mad burlesque craziness that she does, probably two or three years ago at Wonderland, that went on to do quite large international touring.”

“She has a new work, Bitch on Heat that she’s developing at the moment at the Powerhouse to premiere at Wonderland, I can look at that and go, this is a cool environment for her to show this piece off in, for the first time because what you’ve got is a very generous audience, you’ve got people that are up for it, they’re like, show us your weirdness, what have you got going on.”

“I think that someone like Leah can do something special in the festival with that, and then I think because she’s so internationally regarded, that does then go on to be seen really widely and to be a really great success for her and I think that’s when we know the festival is succeeding.”

“It’s absolutely about Brisbane audiences, but it’s also about a life for shows beyond Brisbane as well.”

We were curious how Kris came to become such an integral part of the arts festival scene in Brisbane and how his journey of success started.

“I trained as a theatre director, and my interest was mostly in new work creation. Funnily enough, I came for sort of a musical theatre background, and in the late 90’s, early 2000’s I kind of stumbled into festival direction.”

“We were sort of going through a phase in Australia, where every faire and church fete was becoming a festival, there were festivals everywhere, and literally no one qualified to do them, so I kind of wandered arse-backward into it.”

“Festivals took me to a lot of great places, I founded a festival in New York called New York Musical Theatre Festival, which is now in its fifteenth year, it’s really successful, when I came back to Australia, I founded the Sydney Fringe, that’s still going really strong, and The Festival of Voices, and now a whole bunch of festivals that have been founded at the Brisbane Powerhouse.”

“I think I’ll always, or hope I’ll always have relationships with venues and festivals, I’ll always be a “festivals-guy” because I’ve always really enjoyed it, that mix of social and creative. I like that audiences go “F**k it, let’s go see some stuff. This is a really limited window when it’s on and we should make the most of it”, I think it’s all of those things are really interesting, and it makes for a very interesting environment to work within.” 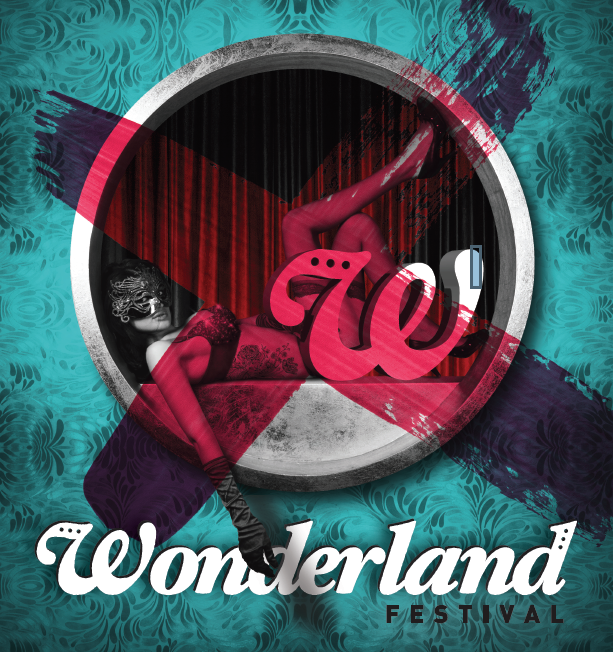 Shifting focus from the past to the future, we pondered openly what Kris’ hopes and plans were for all the festivals he has created at the Powerhouse.

“I think you hope for growth with all of them, Wonderland I think the scale of it is about right. Wonderland’s a funny one because it’s about creating a way, a sensibility, and a vibe, so I’d like to see Wonderland, funnily enough, wander.”

“Maybe there’s a way to grow the visual arts component, I’d also like to grow the culinary arts side of it.”

“The ones we have grown, we’ve almost doubled the size of the Brisbane Comedy Festival in the last three years, and I think that’s been really good for it, that’s been a really good thing for that festival, it’s become pretty much the second largest festival in Queensland, and I think that it has the potential to grow even further. It’s been a great success for us, and the people involved in it.”

“I think the one, over the next two or three years, we’re going to look for a strategy is MELT Festival. I feel like we’re actually custodians for that, we’ve got a responsibility for that to be bigger. I’d like to see that as something from the Gold Coast to Noosa. I think there’s a great opportunity for that to be much bigger than what it currently is.”

Rounding out the interview, we asked for some parting words of wisdom to perhaps inspire future creators.

“I think it’s very easy when you’re a creator to get caught up in one show, one idea, one thing you keep pursuing, and there’s value to that, but be making, and be making with other people, and be reaching outside your most immediate community.”

“Good work gets found, good artists get discovered, that is what always happens. If you are good in Brisbane, you’re good everywhere, so make it here, like you find a place that you’re comfortable making work and you start f**ing making it.”

“Just make more. Make it, enjoy it, and then make something else.”

The Immensity of Sky