Mother, opera singer, and lover of wine, Emily Burke, proved the realms of classical and comedy are far from mutually exclusive in her show, Diva.

As the lights dimmed, Emily stepped onto stage donned in a glittering gown accompanied by the dulcet tones of piano and cello playing Pachelbel’s Canon. The audience was hushed and attentive as Emily joined the instrumental duet; her operatic voice filling the Brisbane Powerhouse’s Visy Theatre. Halfway through the opening piece there was a slight change, as she decided to swap out the French she was singing for lyrics she thought were far more appropriate for the occasion: John Farnham’s You’re the Voice. 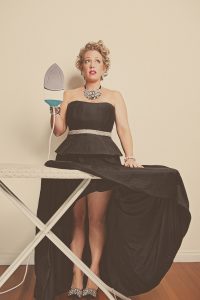 From that point on, it was difficult to contain the giggles that erupted from the audience as Emily told the stories that got her to where she was in her #DivaLife. From the gripes of being a chorus performer to the delight and displeasure of having a “demon child”, nothing was off limits.

The Tasmanian-born singer captivated the room with her phenomenal vocals and quick wit as she sung her way through Adele and Ave Maria. She never forgot to acknowledge where she came from, with a mid-performance costume change revealing a “Tassie’s Other Princess” sash as well as an adapted version of I Am Australian changed to I Am Tasmanian.

It was hard not to be drawn into her vivacious aura, which made it far easier to coax volunteers onto the stage to join in the fun or getting everyone to sing along to Dolly Parton’s Jolene in an homage to Emily’s most beloved diva. 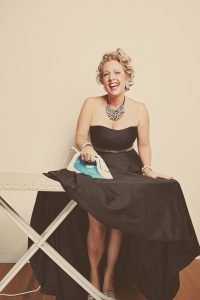 The show, which was part of this year’s Wonderland Festival, isn’t all hilarity and high notes. It featured a few heart-warming moments that could have brought a tear to the eye. Emily’s versatility and vulnerability was on full display as she let loose and showed everyone what it meant to embrace their inner Diva.