Gallu$ is an up-and-coming artist from Brisbane who is not afraid to be his true genuine self. It is not an easy feat to get to know oneself, let alone to expose oneself through art. He primarily raps over luscious beats, and yet there is juxtaposition with his performance style as he lathers on face and body paint and forms mosh pits and dance circles. The reason I donâ€™t describe him as a rapper is because he refuses to fall into a singular category- Gallu$ is not a rapper, he is an artist.

He is signed to Brisbane label Bedlam Records who are the perfect example of a label unrestricted by norms of music genres. I had a chat with the passionate and multi-faceted musician about his work, philosophies, goals, Odd Future, black metal and the fears and obstacles of being a creative.

His performances are unorthodox and can be confronting, as he described the ideologies behind his performance styles, â€œI used to go to shows, if you walked out of that show without bleeding or having some sort of battle wound, you didnâ€™t have fun. Just purely because everyone loves the music, and even if itâ€™s ten people, everybody gets into it. Thatâ€™s always the vibe that I would get at hard-core shows, so thatâ€™s something that set the bar for my live shows.â€ 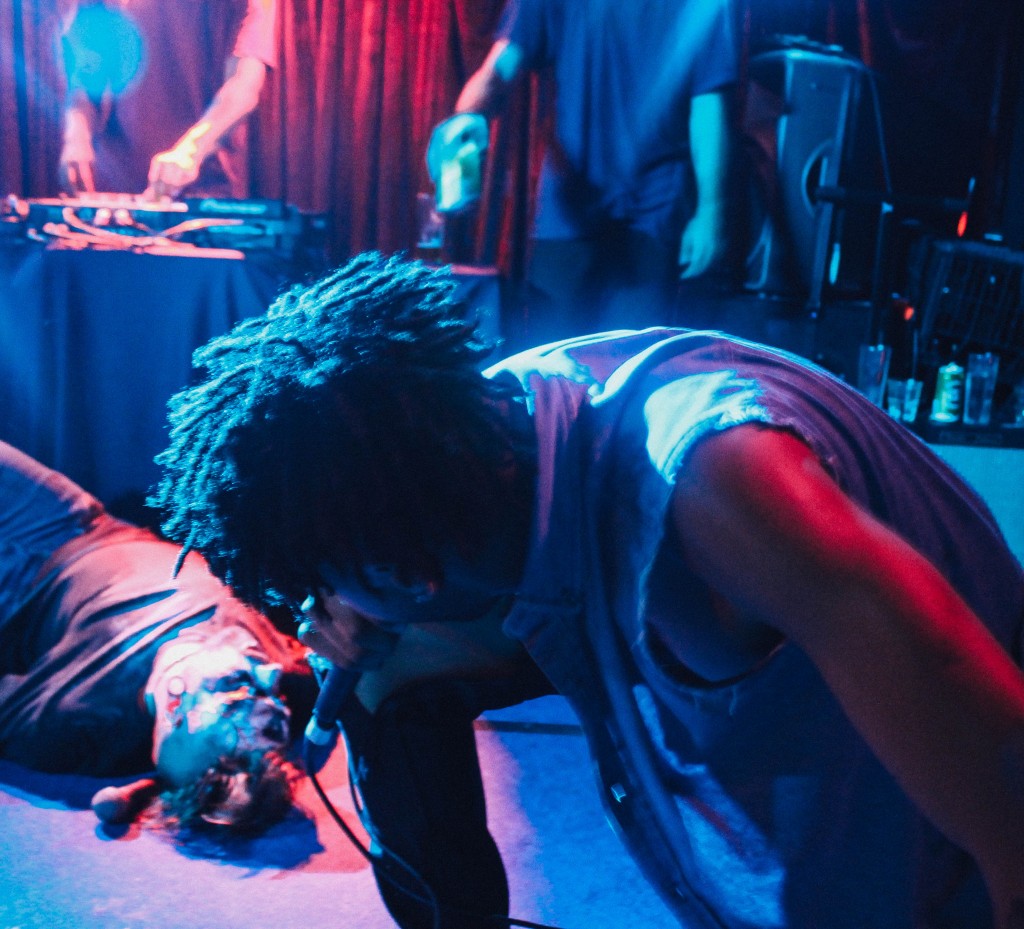 Gallu$ shows are a guaranteed environment for fun but are not for the faint hearted. His rules for his shows are simply put- that there are none. But with that there comes an element of understanding with whom he is communicating and what he wishes to convey.

â€œIâ€™m trying to show in my live shows that thereâ€™s a different energy, and to go up there and just be wild. I also had to understand that people know that we go crazy at our shows and it was becoming predictable. So we had to switch it up.â€

He always gets his friends, who are fellow musicians, to join him on stage and provide input for how they could take it to the next level. â€œMy friend Tristran had the idea about the face paint, which was influenced by black metal. I like to find things that conflict with the modern hip-hop idea, and I think there are a lot of people waiting for that.â€ 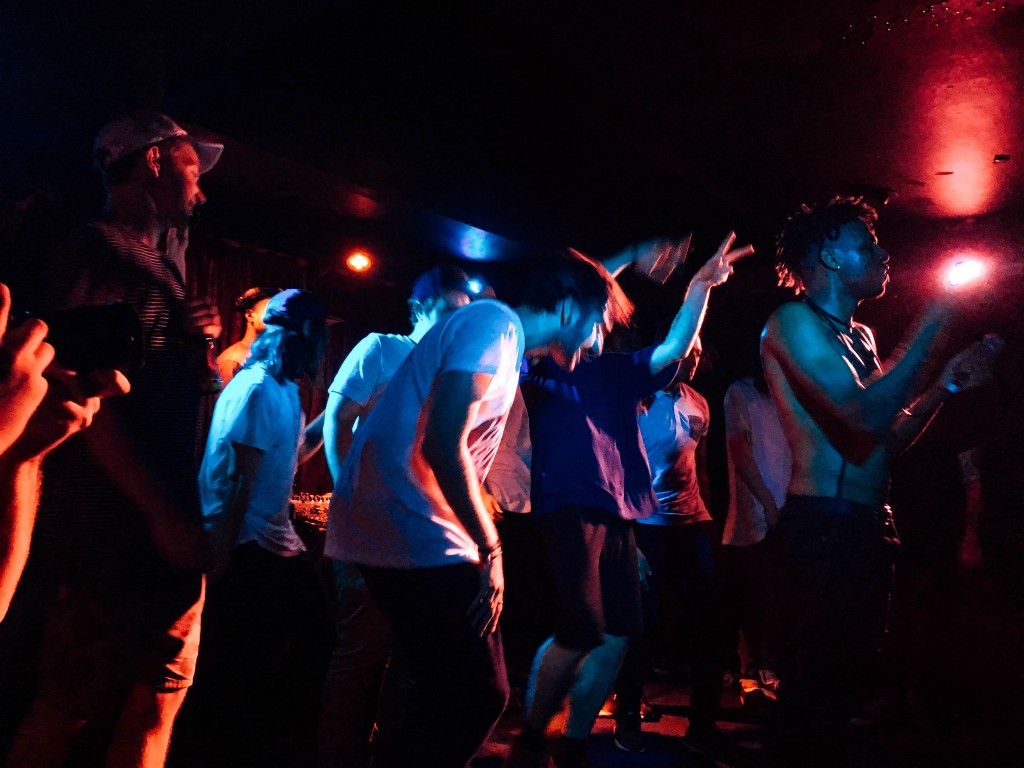 Gallu$ refuses boundaries and encourages multi-faceted art. He understands the dimensions ofÂ Â music and wants his art to reflect that nobody has to be one or the other. We discussed how there are different stigmas to being a performer of a certain genre, stigmas that Gallu$ wishes to liberate himself through his expression.

â€œEveryone has this idea that hip hop has to be performed a certain way. Like you have to dress and act a certain why, and I started to ask myself when did this come about? When did that become the staple thing to do?â€

His questioning has lead to more experimental forms of writing and performing music, as his rise into the music industry is fuelled on the desire to be original and driven. The main genres he explores and resonates with the most are hip-hop and metal, as we discuss that there are more similarities between the two than most people think.

â€œWhen hip-hop first started it was considered an extreme genre of music, just like metal. You have the option of going in between because there are no rules and no structure. People sometimes get surprised when I say I create punk merged with hip-hop and they donâ€™t expect it work, but once I started doing it, you can see how it does. â€œ

He liberates himself by also liberating his audience, as he picked up philosophies that allowed him to realise that audiences at any music shows resonate to things subjectively, and that he was a vessel in allowing others to express whatever they need.

â€œThereâ€™s a black metal band that I listen to and they said that when it comes to their live performances, everybody has their own experiences and you canâ€™t determine what theyâ€™re going to feel about it. Thatâ€™s the way I like to approach shows, and I like to let people know that they can do whatever they want. â€œ

â€œOdd Future is a good example of merging hip-hip and hard-core and punk, and I remember being 18 and thrown into the show and coming out of it and thinking, â€˜that was amazingâ€™. â€œ

Confronting his demons is another thing he finds important through his performances, which in turn allows his audiences to do the same with their own interpretations and personal stories.

â€œThereâ€™s a thing I do during my performance where I coil the mic around my neck and it makes it look like Iâ€™m hanging myself, which comes from a lot of deep stuff in my work. And Iâ€™ve had audience members come up to me saying that it gave them hope and was relatable, because I was talking about something that others werenâ€™t talking about. â€œ 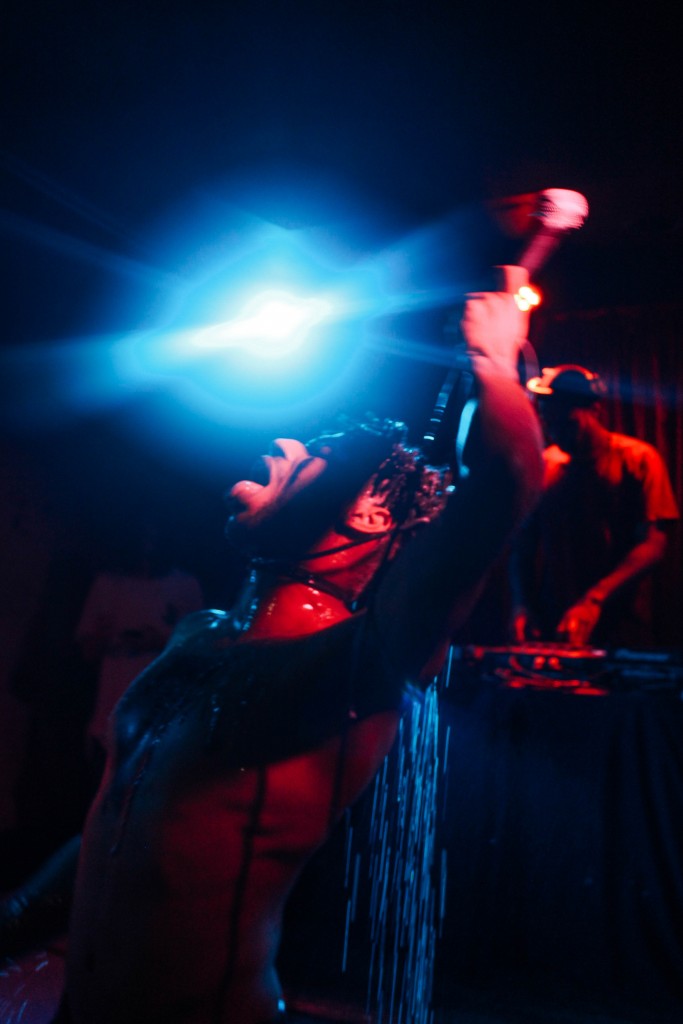 Of course, being an artist comes with years of deep contemplation and overcoming insecurities. Gallu$ honestly expressed that there was hardship in getting to where he is now, and where he hopes to keep going. Vulnerabilities are simultaneously crippling, but embracing and expressing them could potentially set one free.

â€œIf youâ€™re putting yourself out there, and people criticise you, you canâ€™t stop that. You have to build your sound and your image, and you have to expose your brain to the whole world. Itâ€™s scary to expose yourself to society like that. You just have to go out there, and you expose your brain, itâ€™s such a liberating feeling once you stop caring about what others think of you and your creativity begins to stream out. â€œ

â€œI believe itâ€™s a constant ongoing cycle, and Iâ€™ve never had a day where I think about quitting. I donâ€™t think the struggles ever stop, but you learn how to move on and push it to the side.â€ 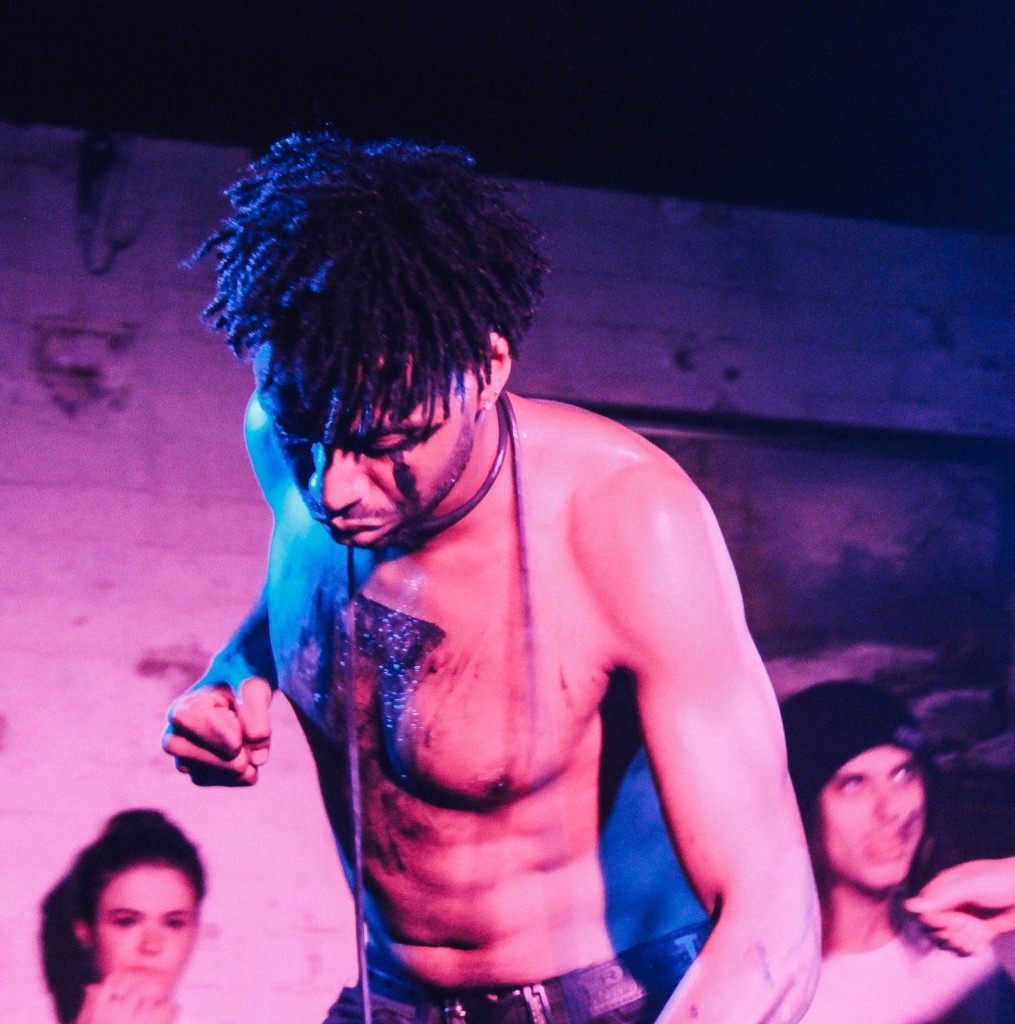 He also strongly believes that there is plenty of space for bringing more culture into the Australian music scene, and that anybody who is willing to and wants it enough should embark on his or her own personal journey, whatever it may be.

â€œAnyone can go to the store, grab a microphone, grab a filter and an audio interface, and learn how to make their own stuff. And so the next step from that is asking yourself what are you bringing to the table that is different?â€

With a passion as invigorating as such, and with a creative spirit so strong and developed, one can only feel that success is prominent for the artist. The best thing about speaking to him was how little he emphasised on any type of superficial success, and viewed success as more of an artistic fulfilment and expression that he could share with others. Big things ahead for Gallu$, as he will be heading on a tour this year to further liberate himself, his art, and those who are listening.