The Dollar Bill Murrays Rock The House Down

The Brisbane House Party. Evocative of the opening and subsequent scenes of He Died with a Felafel in his Hand, it may not be as chaotic as this iconic classic but most certainly, anything, at any house party can happen.

When The Dollar Bill Murrays began their house party gigs in an unassuming little Queenslander in leafy Wilston, they brought back the 90s aesthetic in style. Getting in touch with fans and friends alike house party gigs are looking to be a core part of the Brisbane Music Scene. Performing alongside the Dollar Bill Murrays on Friday night were Mr Rogers, and Gino’s Front. So when quizzed on what these bands thought of the current Brisbane music scene there was a variety of responses.

Mr Rogers was first up with “Uhhh repetitive to be honest I feel like a lot of bands are trying to copy each other instead of I don’t know you know bring back an older sound or at least just be themselves in a lot of ways. You see, you go to the Foundry any Friday night you see about five bands who are trying to be the next Tame Impala…or in any other aspect trying to be the next ‘Soho. While I like the respective bands like Soho and Impala are great at what they do we don’t need more of that cause they are currently taking that. You don’t need another copy cat act.”

Gino’s Front came up with a different angle, focusing more on the hard work Brisbane artists do “I think there’s plenty of people doing really hard work to make stuff happen like Roving Conspiracy is probably an example of that… it’s a night organised in West End usually. I feel like people work pretty hard to make stuff happen…”

And what did The Dollar Bill Murrays have to say on that front? “I think it’s really cool I think the last few years we’ve noticed coming to life different scenes within itself you know there’s the Brisbane music scene but within that there’s different genres floating through. There’s a really interesting mix of bands that you see kind of push through and I think there’s really a sense of community within the bands we often get to share the stage with some bands that we started playing with a year and a half, two years ago we’re still playing with them and we get to see some fresh faces as well so you know having that community that drives forward and encourages new music and lets people kind of express themselves is really interesting I think.”

Some of the most integral members of the house party gig were not the artists, but the friends and fans themselves that came along to see the show. Rhys, a friend of The Dollar Bill Murrays added his thoughts on the Brisbane music scene “I reckon it’s pretty alive we’ve got Violent Soho, Dune Rats, DZ Death Rays well DZ Death Rays are from Bundaberg anyway we’ve got a few bands…[in one word] what’s a good word for…another word for not explosion, but it’s kind of coming out now…it’s emerging…or it’s erupting I guess. Mushrooming. And I think like hopefully people get into live music a bit more and kind of support their local bands and buy their records and tapes and listen to them on Spotify and support their friends.” 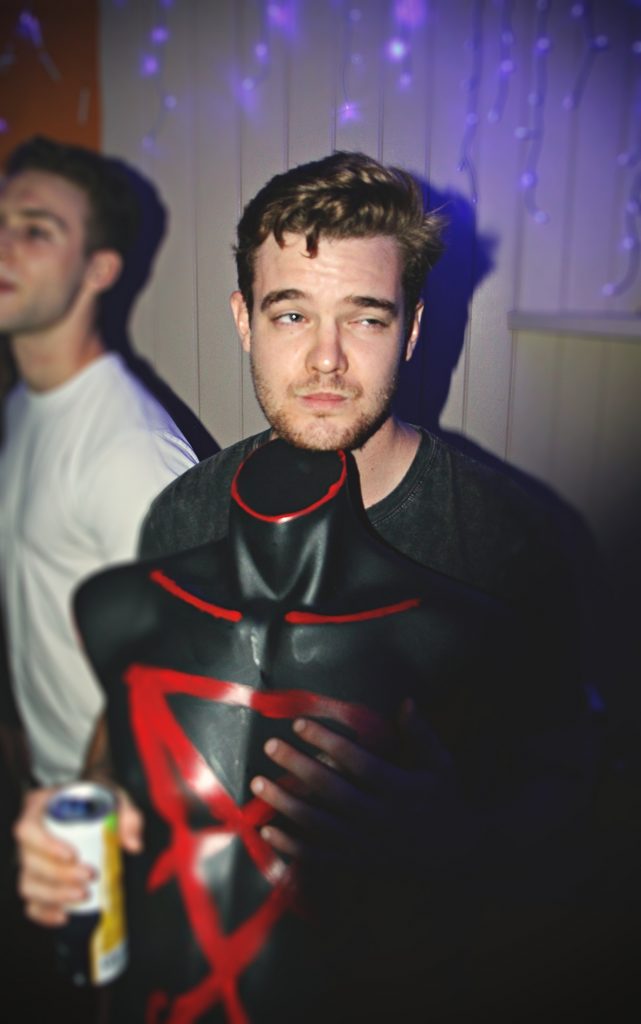 Claire and Jacob, on the other hand, were a little bit more critical of the Brisbane music scene from the perspective of regular gig attendees, describing it as “Average” and “a little bit monotone.” Claire went on to say “I work in music radio so processing music that comes in from Brisbane there’s a lot of it and that’s great. And a lot of it’s very skillful but a lot of it sounds the same. it’s sort of like a running joke with us it’s like describe a band, but it’s like oh it sounds like this part of Australia and it’s like everyone knows exactly what we’re talking about. You know it sounds like it was made somewhere between Brisbane and Sydney and it’s like oh I know exactly that genre…the northern beaches, Surf Rock…like if it’s not that they’re trying to be like Dune Rats or DZ or like you know like Violent Soho, that other end of the spectrum that’s really punk and stuff.

Those sounds are all awesome but it’s not interesting when everyone does it. And it’s really hard to try and entertain people, particularly when it’s like you’re trying to entertain a whole heap of cultures because that’s what Brisbane’s like and it’s like you only have three genres of music being produced here. And particularly with females, like female artists in Brisbane it’s really annoying when it’s like they’re either synth pop producer chicks or singer songwriter acoustic guitar/piano chicks, or like in an all girl punk band that’s a little bit out of time and it sucks. Like you know, it’s lacking diversity in a nutshell.”

So what did both musos and guests have to say about the importance of house party and house party gigs?

“Of course it’s a 90’s aesthetic! Look at me I’m wearing some yellow tinted glasses and a Ralph Lauren jacket from the 90’s…I’m feeling good. House parties are a great way to just… they’re unrestricted like the cops can come and they can shut you down but before then anything can happen…”

“Uh the host…is how it’s pretty much set out too, in terms of the bands who play or the themes of the party it’s just a very communal like I don’t know I guess everyone knows each other through someone.”

“And if playing live music is about sharing a dialogue with other people, giving an opinion, like putting your opinion across for other people then I think that doing it in a space where most of the people here play music like play guitar like write stuff it’s getting a lot of people to do the same thing together to be an audience together.” 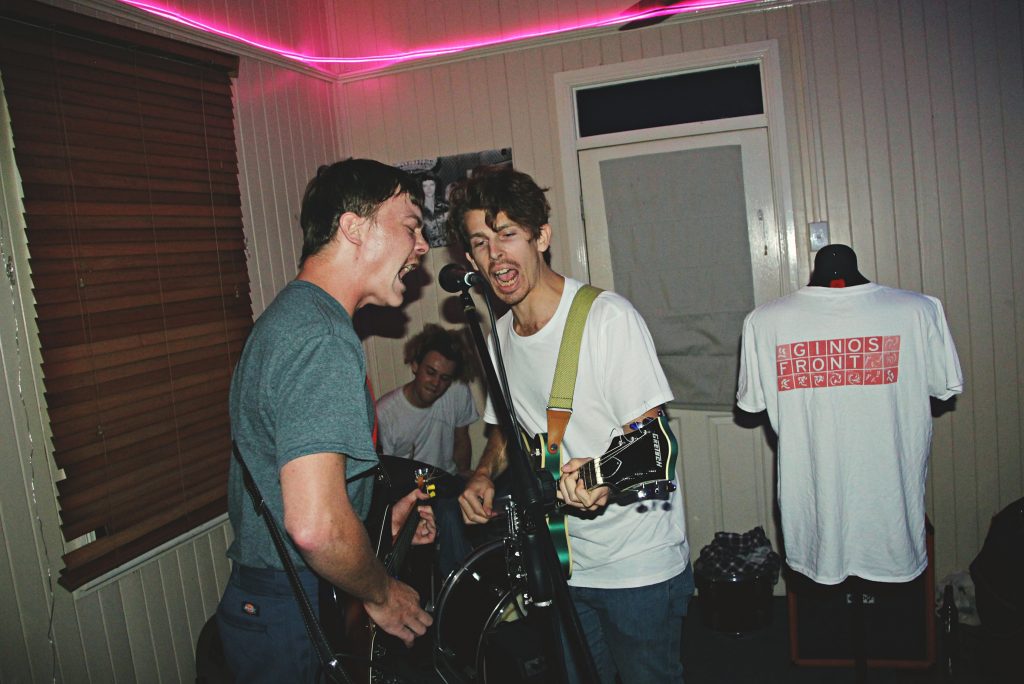 “Bringing back the house party is a lost art of having a good time without having to go out and spend a lot of money and there’s no expectations, you can be yourself you’re at a mates place you can turn up how you want… you can hang around the people that you want to hang around with talk about what you want to talk about and you know if there’s music on you can see that. It’s really a space for you to be yourself.”

“And I feel like as well it’s like given the fact that the sort of society we live in there’s like a lot of different people and with house parties not that you really select the people that come but you can kind of avoid people that you wouldn’t want to hang around you avoid the clashes. You go out into the Valley at night and there’s just a whole cocktail mix of people and it just it gets kind of chaotic whereas you throw a house party and unless it gets gatecrashed it’s really just a matter of people that you know and people that you kind of have friendship with and want to know and they bring their friends along and you’re kind of like minded and it just kind of the core of having a good time rather than you know, bumping into people that you might not want to meet.”

“I think fashion repeats itself every 20 years and the 90s was 20 years ago.”

“You can’t date hanging out with all your friends, having a good time just listening to good beats.”

So whether the house party is just a 90s dream or a serious contender for the future, it definitely promises to get bands in touch with fans and friends alike, making an intimate experience for all to enjoy.