We were lucky enough to catch up with Sydney based showman, synth-king and all round don, Donny Benèt, in the wake of his latest project: ‘Mr Experience’, a ten track magic carpet ride to bass heaven and back. A body of work that reaffirms his consummate musicianship and, well… experience.

The Creative Issue: Hi Donny, how are you?

TCI: Congratulations on releasing another album! I couldn’t help but notice that killer bass-line less than 20 seconds into the title track – it feels like a statement of intent, is it?

DB: The first track of the album has gotta grab you straight away – and it’s a pretty good bass-line, if I say so myself … the intro of that song is pretty weird, I think I’ve made some comparisons to it being like the beginning of a Japanese game show. As for the statement of intent, I suppose it’s about getting to the point… I guess now I have, pardon the pun, more “experience” – the direct nature of the track is the sign of a well seasoned traveller and performer… cut the fat, here’s the song.

TCI: How do you describe your music to people that haven’t heard it before?

TCI: Do you consider Donny Benét an alter ego? Is he similar to yourself?

The idea of Donny Benét is something very anti because at the time I started doing it – around 2011, a lot of shoegaze bands were getting around… the idea that this balding, overweight man was getting up on stage, shaking his thing and shredding synth solos was funny.

The whole idea of going for an amalgamation of Alan Vega, Kashif and Teddy Pendergrass, was really weird – and Donny Benét was a vehicle to do that.

I’m a pretty easy going person, I take my music seriously -but at the same time I went bald pretty young and I had to find a sense of humour for that! They, myself and Donny, bleed into each other at times as well.

TCI: I noticed you have quite a cult following in Europe, particularly the Netherlands, why do you think this is?

DB: It all started during my first tour when I went to Slovakia to do a festival called Pohoda, it was a classic music story- right place, right time! I was playing in a tent with about 800 people in it, and then all of a sudden it started pouring down rain… and then the tent went from 800 to 2,500 people in a matter of minutes… it was just a good time, then the festival owner/promoter liked it and they had a cancellation the next day, so he said, “you’re doing this”, he didn’t ask he just told me I was doing it.

I was playing on a 10,000 capacity stage, so I had all this room to move, it was quite bizarre, but I guess it worked. The owner of Eurosonic also saw that, and he was blown away so I ended up playing there two weeks later!

As for “why”… it’s strange, for the Slovakian’s it’s like I was some sort of weird uncle character, to the Dutch… they’re just quirky and kitschy, lovely open people and I think I just resonated with them. 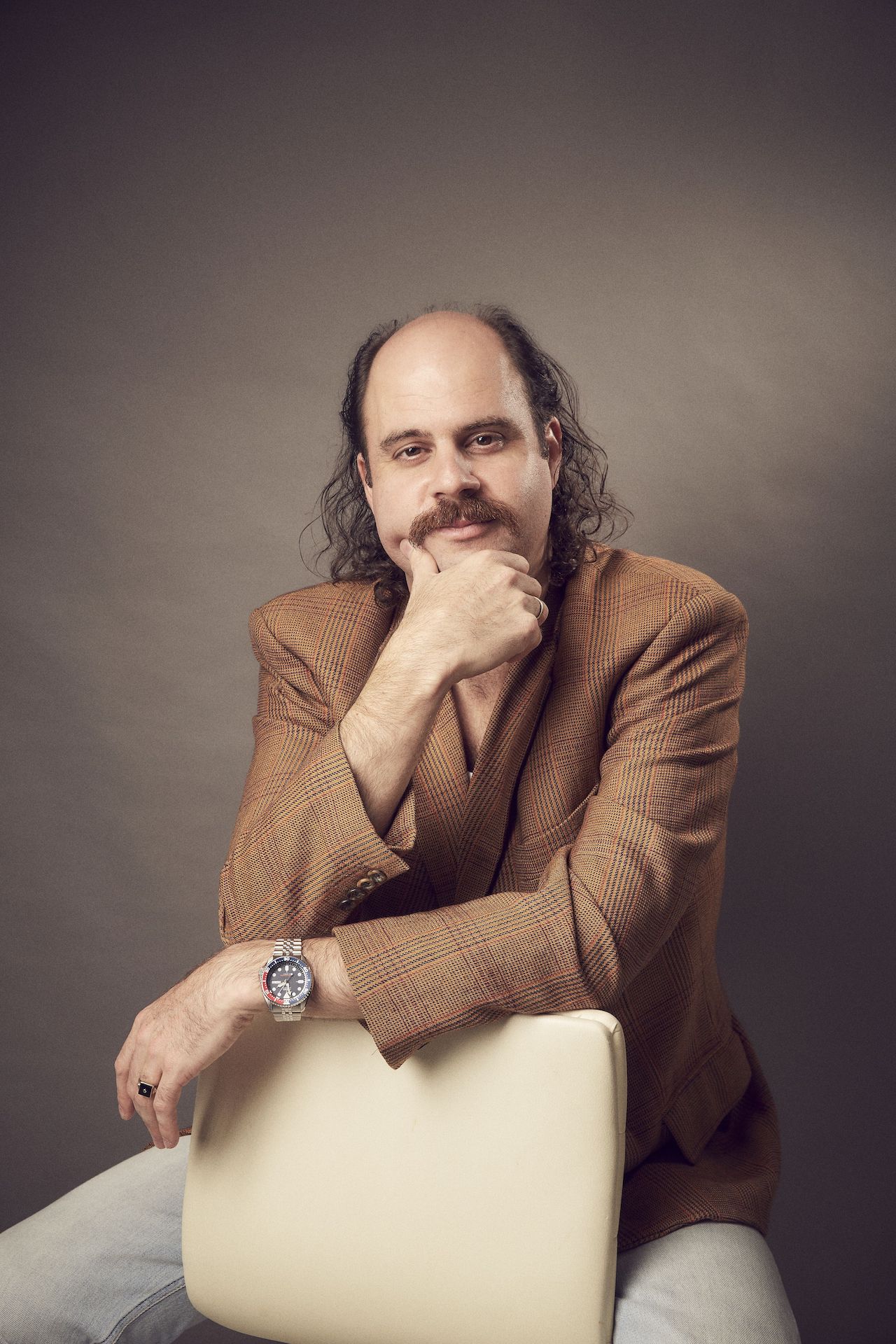 TCI: Can you give us a logline of what we can expect on your new album Mr Experience?

TCI: In the past you have collaborated with people like Kirin J Callinan and Sarah Blasko, are we going to see much collaboration in Mr Experience (with old friends and new)?

DB: When it’s my own stuff I’m not great at working with other people… it’s not a bad thing, I just have my own way of working. The collaborative process for me is basically to show some trusted peers… and collaboration with my mixing engineers is extremely important also.

TCI: How was the creative process in the making of the new album?

DB: There was so much bad stuff going on in my life… stuff out of my control! I was touring… which was crazy. It made the whole process quite tough. I’d be on tour for two months and home for a month, and that went on for two years.

I never really had a solid time at home. My record label also warned me that the problem is often the follow up album after a successful one, because you’re touring so much and there’s demand. Always in my mind was that I didn’t want to rush it and wreck it. I worked so hard to get where I was and I didn’t want to f*ck it up.

I made fifteen or so songs thinking that they’d be great for festivals in Europe, but they just weren’t me… so I ditched them. That’s not a strange thing for me to do either, I write a lot of songs and sort of narrow it down, both on this album and The Don, I had 30-35 tracks that didn’t make it.

Part of the writing process is to get rid of the crap first, so you come out with all the nice stuff.

TCI: Was it different to the process of making The Don?

DB: I wrote The Don over a couple of years… I had all the time in the world, so there was differences for sure. I used The Don as a measuring stick, I wanted Mr Experience to be better than it, and while I still love The Don, I think I’ve achieved that on Mr Experience.

TCI: Do you think the pressure and challenges in your life were influencing your writing process creatively?

DB: Yes, they really were. I was having a lot of “adult” problems… and if something were to come out of this period it had to be the cream that rose to the top. I couldn’t just write another song about me trying to win over some girl or something…

TCI: How is your day-to-day life now?

DB: If anything things have gotten busier! I’m trying to stay ahead and see what I can do proactively to keep fans engaged and keep creative. Everyday is filled with a bit of anxiety over whether I’ll be able to tour my album or not – but I’m happy that it’s coming out now, it’s a good time I think.

TCI: What was the inspiration behind the album cover?

DB: I was actually trying to do a Demis Roussos style album cover, one where the back of his head is nicely lit up. It just went horribly wrong and every bit of my body hair was lit up.

After that, we fixed it up and the first one we took the photographer looked at it and was like… “holy moly”, and we both said “that’s the one!”. 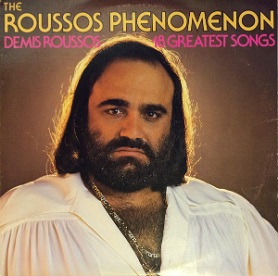 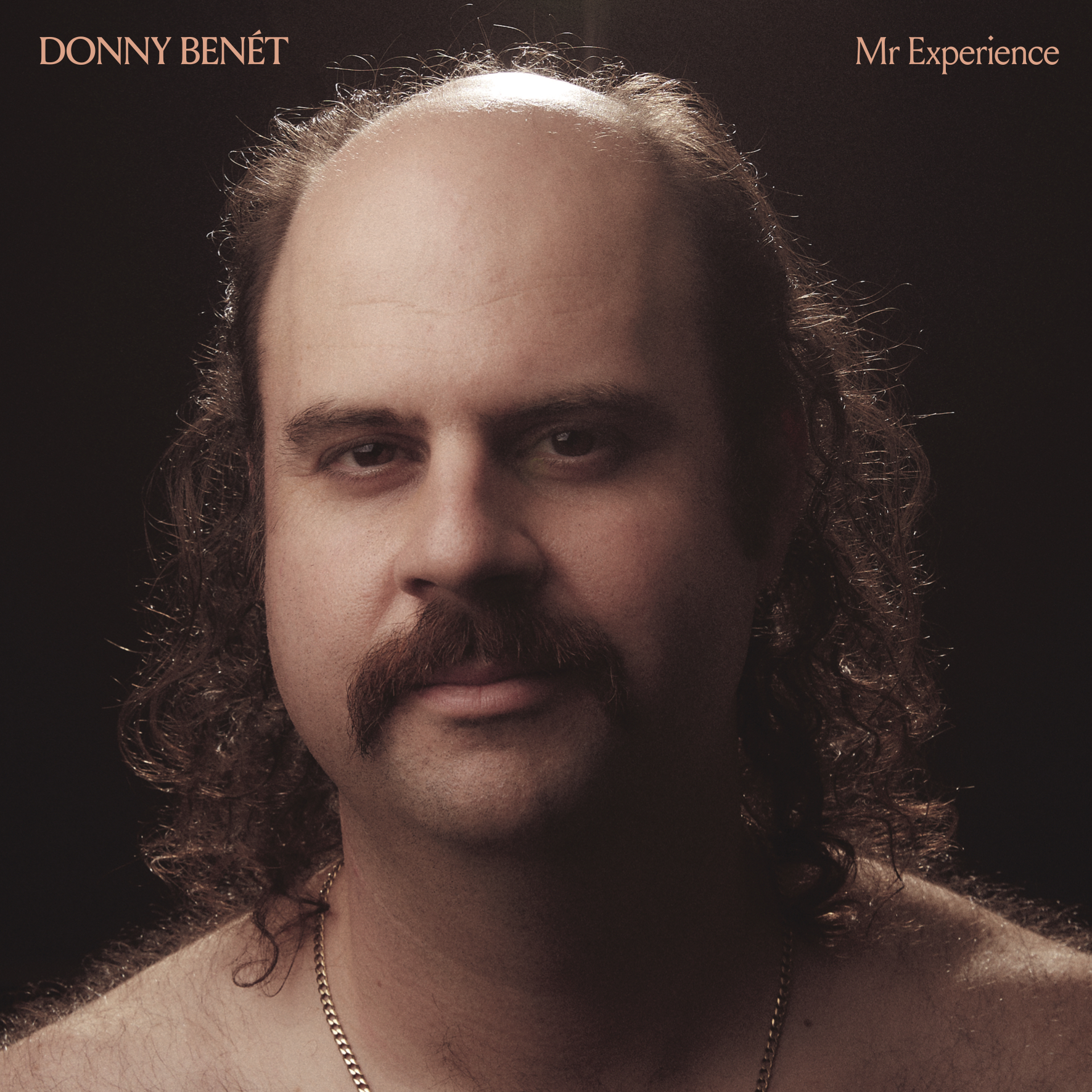 TCI: Further on inspiration – who inspired you to become the musician (and personality) you are today?

DB: All of my family are musicians, my grandfather, my father, my mother… my mum and dad are both music teachers. My two brothers play in my band… there was kind of no escaping it to be honest. I did my first paid gig when I was thirteen, fourteen… it was so much fun! I got fifty bucks and thought- this is sweet and kept on running with it from there

TCI: What’s something you’ve been listening to lately?

TCI: Are you doing anything new during this period, learning a new skill per-say?

DB: I’ve been making sourdough! I’ve actually got one in the oven that’s due to come out soon. Other than that, just exercising again… it’s the longest period I’ve had at home for a long time!

TCI: Can you please leave us with some ‘Donny-wisdom’? (A message to fans and creatives)

DB: To everyone, try to keep your head up, don’t beat yourself up. Just be kind to yourself and take it day by day, week by week… keep an eye on things that are changing and stay optimistic. We all wanna be zen… in the moment people, this is our chance!

Donny Benét is Mr Experience, and his new album is out May 22. Be sure to give it a listen on all major platforms and support Donny during this difficult period in which touring isn’t possible.

From all of us at TCI, bravo Donny Benét – we can’t wait to see it performed in the flesh.