Whilst the majority of Brisbane was rocking out to BIGSOUND, Fortitude Valley was playing host to another music festival.

A little further on from the festivities, down at Cupo, was Dots + Loops Companions Festival. Spanning two nights, September 8 to 9, this event showcased an array of compositions celebrating music of all kinds: from timeless Bach to new works never to have touched Australian shores before. Kicking of the revelries with a literal bang was Cellist Ashley Bathgate of Bang on a Can fame whose pedal-pushing, button-mashing wizardry in the second half of the night could not be stopped even by a snapped string. Bach Unwound saw Suite No. 1 in G Major performed in full with Ashley playing each suite with empathy and grace, filling the intimate space with a most beautiful sound.

Next, came Ashleyâ€™s performance of ASH by Sleeping Giant Composer Collective consisting of pieces tailor-made for her. Each was unique and showcased her abilities to the full; a particular favourite was Robert Honsteinâ€™s Orison, the closing piece which brought all the chaos from previous pieces down to a quiet, mellow halt. A DJ set wound the eveningÂ to a close with much anticipation for the second night. 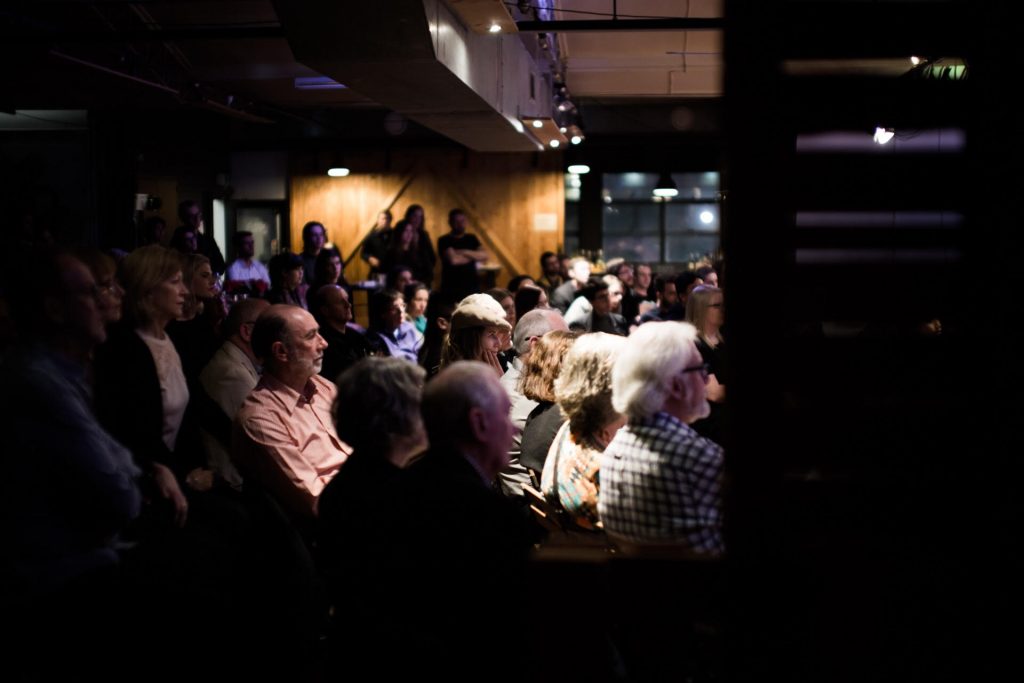 The second night held the bulk of the compositions and performances of the two with three ensembles playing the night away in addition to the DJ set which groovily ended the event once more. The audience had the pleasure of witnessing premier talent in Rosa Guitar Trio, Kupkaâ€™s Piano and Big Dead. Each band had a very different style with very different compositions in their repertoire. Rosa Guitar Trio played the inaugural performance of Dutch composerâ€™s Brechtjeâ€™s Zirve a rousing piece that was a fitting start to the night. Rosa Guitar Trio remained on stage to play Ouendan by locally-based composer Chris Perren which was accompanied by a visual projection screened behind them. The video and music worked together to create a beautiful and quirky performance that was perhaps unintentionally hilarious at times. 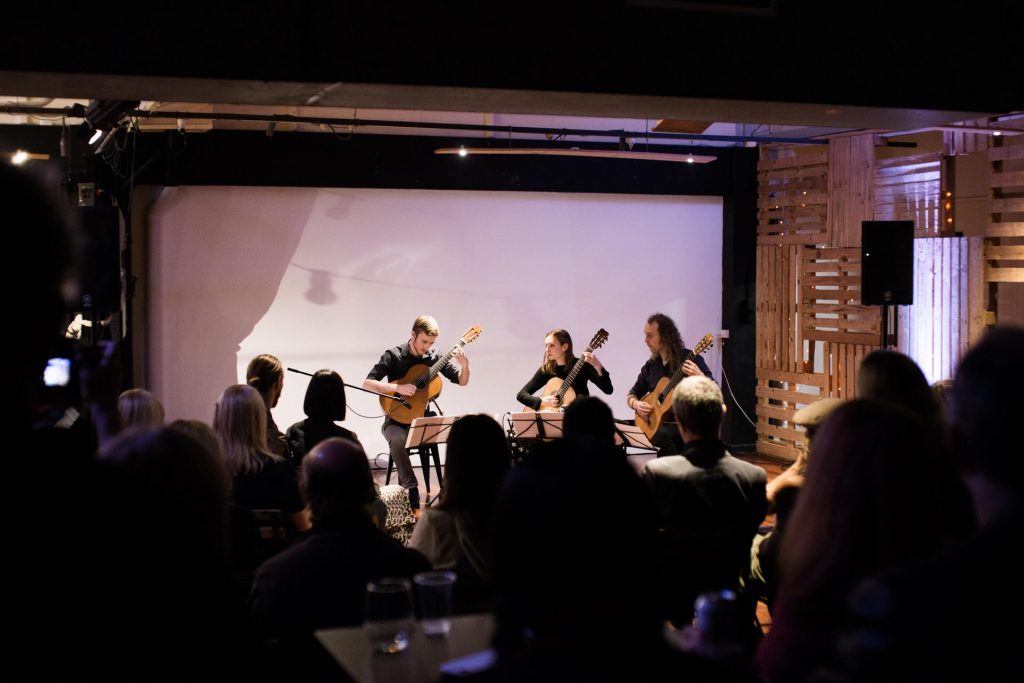 Kupkaâ€™s Piano graced the stage next with Louis Andriessenâ€™s Hout or Wood. As ever, theyÂ provided a high-energy performance and created an amusing rendition of Andriessenâ€™s piece. Finally, Big Dead closed the formal concert with a mini-set that ended the evening in perfection. Their smoky, and sultry tones brought their style of â€œjazz-infused alt rockâ€ to the audience with a smoothness that transported us to another place, as all good music should. Dots + Loops Companions Festival, even though it had a small number of technical glitches, was a wonderful experience. Bringing the members of the audience together in a shared joy whilst beautiful and unique music whiled the night away.

To keep up with what Dots + Loops have for us next, click here.