Dots+Loops is a concert series and artist collective, exploring the space in between a classical concert and an underground club gig.

Running since 2014, their first major show of the year, Dots+Loops Compulsion, is fast approaching on Friday 19 May, kicking off from 7pm at Lightspace. Dots+Loops founder and curator Kieran Welch had a chat with us about what inspired him to start the series, and why heâ€™s so excited for their latest show.

“Growing up, I was always interested in both classical music, and more popular or contemporary kinds of music like electronica and indie rock. I was lucky enough to start playing violin in primary school, and it soon became an important part of my life. However, I also started DJing in my early teens, and quickly became interested in a broad range of electronic music.

I was always searching for a way to combine these two musical areas of my life, but it seemed like they were surprisingly incompatible. Nearly every combination I could find of the two worlds was more for novelty’s sakeâ€”composers “uplifting” techno or whatever into a classical composition, but in a way that was patronising and not really understanding the other world at all, or a DJ sampling a classical composition but in an unimaginative or obvious way.Â  And though Iâ€™d started to find a lot of classical music that I was excited about performing, most of the time I found myself less excited about going to classical concerts. On a Friday night, Iâ€™d much more likely be in West End, sitting on an old couch in a charmingly dilapidated venue, watching an indie rock band with a beer in hand. 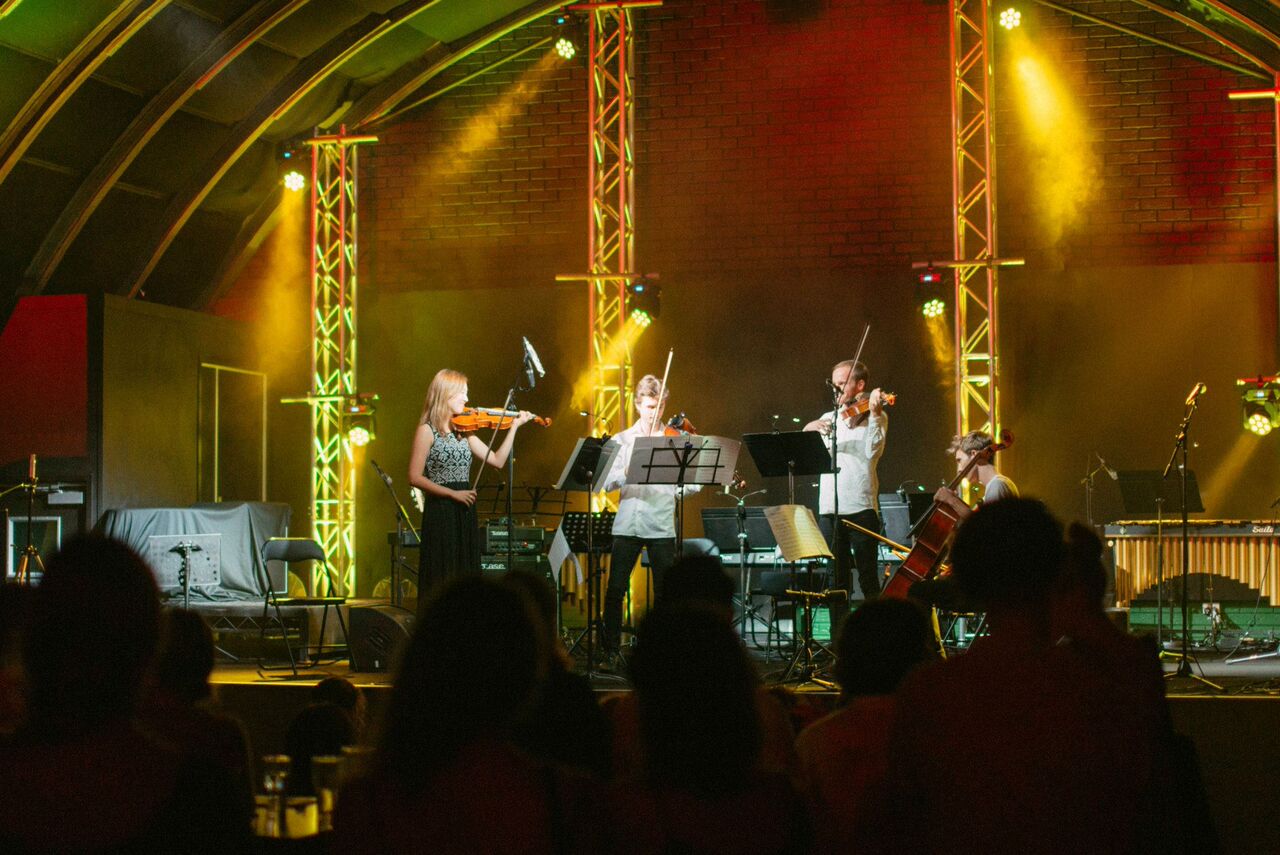 So, with the help of some good friends who shared my musical ideals, I started Dots+Loops. The series combines music from the classical tradition with electronica, rock and jazz, taking aspects from all these different musical worlds and combining them into a unique and exciting experience. Modelling it on how Iâ€™d like to spend a Friday night, the shows are all held in chilled out urban spaces, with set times more like a rock gig, a bar open all night, and a bunch of comfy spaces to hang out with friends and enjoy the banginâ€™ tunes. Whether youâ€™re down at The Tivoli or The Triffid every other weekend, or youâ€™re a seasoned classical concertgoer, everyone who comes to Dots+Loops will find many aspects of the show familiar, but other things will be different and new, and I think that’s the most exciting part.

For me, Dots+Loops Compulsion is the most seamless and exciting blend of these worlds weâ€™ve achieved yet. Held in the beautifully converted warehouse at Lightspace, the show is headlined with a genre-blurring set of music from New York bandÂ Newspeak. Melting together metal, post-minimalism and electronica, Newspeak were one of the first big bands in Americaâ€™s indie-classical scene, and weâ€™re super excited to have the bandâ€™s clarinetist and composer joining some of Australiaâ€™s most kick-ass musicians, to perform their music live for the first time in Australia.

The show opens with Melbourne’sÂ Solstice Trio, whoâ€™ll be traversing shades of indie, jazz and neo-classical, premiering a brand new piece from local singer, songwriter and composer Maja. In between all this, Brisbane indie-chamber groupÂ NonsembleÂ + friends will be performing a super cool piece by local composer Robert Davidson, the man behind the viral choral setting of Julia Gillard’s misogyny speech “Not Now, Not Ever”. The evening will finish with an in-venue afterparty, featuring a DJ set fromÂ Software of SeagullsÂ (the electronic alter-ego of Brisbane composer Chris Perren), while the audience, composers and performers chat and mingle, with a bar open all night. 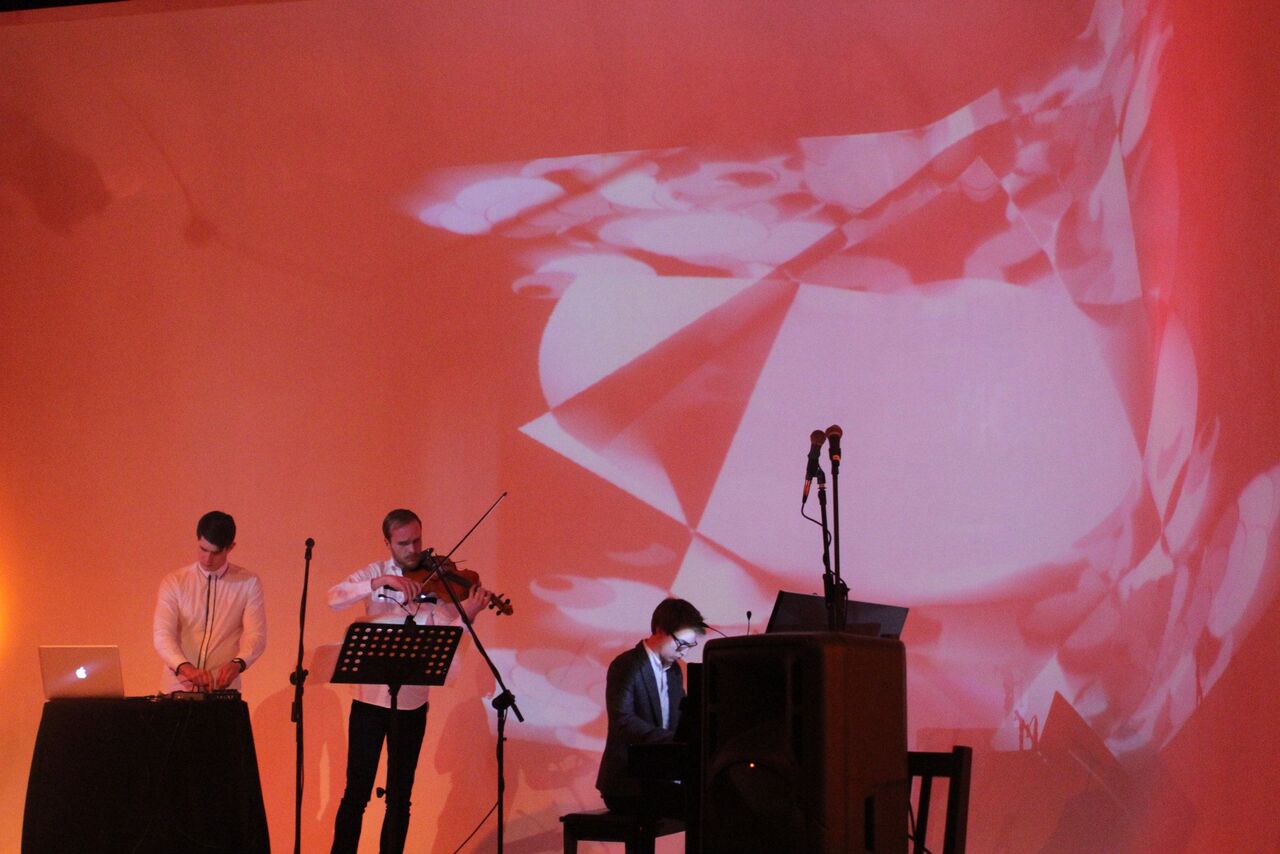 Dots+Loops Compulsion ended up being a lot more ambitious than I initially realised, but after a tonne of work, itâ€™s all come together better than I could have even hoped for. Viscerally engrossing and adventurous music in a super cool warehouse space, with a bar open all night, and a bunch of comfy spaces to chill out with friendsâ€”I canâ€™t picture a way Iâ€™d rather spend my Friday night.”

Donâ€™t miss Dots+Loops Compulsion, from 7pm on Friday 19 May at Lightspace, 30 Light Street, Fortitude Valley. Tickets areÂ $23, available online here or $25 on the door. For more info, check out the Facebook event or visit the official Dots + Loops website.