Dots+Loops are bringing their genre-defying musical series back with Synthesis. Their tagline is catchy, and an apt description: “A synthesis of musical worlds. A synthesis of artistic disciplines. Actual synthesisers.”

The Creative Issue had the chance to speak with Allison Wright, who wrote a new piece to be performed by the Dots+Loops Ensemble, as well as Anne Lanzilotti, one half of the duo The Yes &.

Allison has written and played for large orchestral ensembles, as well as the Australian Ballet. She mused on the difference between classical music and the work she’s been doing with Dots+Loops.

“The biggest difference for me between orchestral performance and chamber performance is the independence of individual parts. From a performance perspective, there is a greater sense of individual responsibility for expression in chamber music – which is the main reason I love playing it so much.

When performing orchestral repertoire, I tend to think quite differently… more of a ‘greater picture’ kind of approach to sound. And that goes the same when I’ve written for larger, more orchestral ensembles. However, that’s not to say there aren’t moments of ‘chamber’ style part independence within orchestral writing!”

Anne spoke about the benefits of being part of a duo, and how the collaborative process drives their music.

“It’s inspiring to have a great collaborator! Our process is fuelled by listening to each other and problem-solving in real time.

Since Gahlord [Dewald, the second member of the duo] and I live in different cities, much of our collaborative process is done sending each other work back and forth. We develop ideas, and then when we can rehearse in the same place we are able to jam and try those ideas out, or try new things that we can record and start the process over again. We have such different approaches to music, but we have a mutual respect for each other’s work and way of thinking about music.

We each perform and create music separately of the band; I write some notated music, while Gahlord is much more active in the free improv scene. While we improvise in our performances, there are different levels of preparation and planning that happen which create certain parameters for performance. Our practice alone may generate material that we want to use in the band, but that material must ultimately be flexible when we perform.” 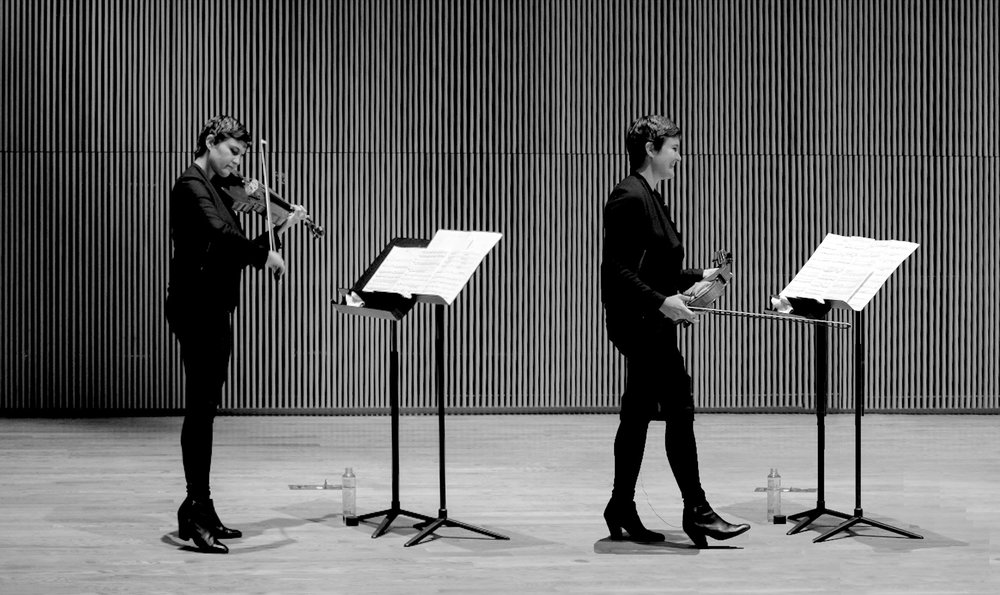 Allison, meanwhile, is much newer to the musical fusion of classic and electronica.

“This is actually the first time I’ve integrated both! It’s been an extremely interesting experiment for me as I decided to do things completely backwards just out of curiosity. Usually I begin my compositions at the piano, then pen & paper, then in a software notation program like Sibelius. This time I began with various synthesisers and effects rigs in Logic, just experimenting with sound environments before trying different melodic ideas on the piano and then leaving the paper & pen until last!

I suppose the most challenging part for me was allowing myself to let go of my routine practice, but it’s produced something quite different from my other work so I’m even more excited than usual to start putting it together with the performers.

I think a lot of music performance is like acting, and I love the process of learning a part and becoming a character. In that context I guess a lot of people would argue that trumpet players are method actors (generally loud, obnoxious, you know, the stereotypes), but thankfully I’ve been told I’m an exception to the rule. The list-making, box-ticking side of my brain absolutely loves learning and performing someone else’s music, which is a big contrast to creating music.

Writing music allows me to step out of the role of the interpreter and into the role of architect. I often think about composition like creating environments. I don’t think I could do one without the other, they’re both equally a part of who I am.” 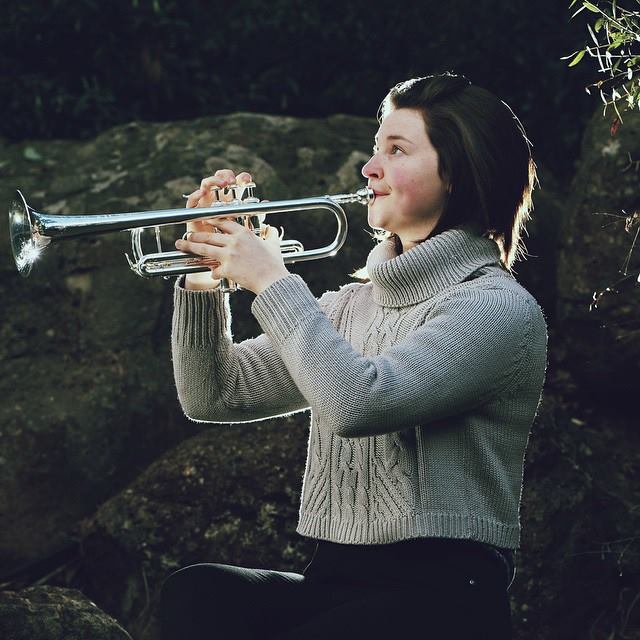 Other challenges include performing in a new space (or country!), Anne explains, although she’s looking forward to visiting Australia. “Finding a balance of sound in a new space is always a challenge, and since we may not be using all of our own sound equipment in a new space, we have to be flexible to work with the space itself as another instrument (especially in cases like The TANK Center for Sonic Arts, where we recorded our latest EP, since it’s so resonant!).

I’ve admired Kieran Welch’s work organising and performing in Dots+Loops, so I’m really excited to experience one of these shows firsthand! It’s always interesting to meet fellow musicians, but I am especially excited about meeting this community of people who are so thoughtful in how they engage with their community.”

When asked about the cinematic nature of The Yes &’s music, Anne admitted that visuals influenced her writing process. “My approach to this kind of music is as though it’s an M.C. Escher drawing that has come to life.”

You can see and hear both Anne and Allison in all of their creative glory, as well as many other talented musicians, at Synthesis next weekend.

THE DETAILS:
​What Dots+Loops Synthesis
Where Cupo, 17 McLachlan St, Fortitude Valley
When March 16 at 7pm
Cost $23 online or $25 at the door
Website www.dotsandloops.com.au