QSO’s Principal Double Bass, Phoebe Russell, has taken her teaching to a global scale. Phoebe has been presenting double bass masterclasses via Zoom, for more than 200 participants from all over the world.

She hosted her first class two weeks ago for bass players from the Phillipines, Colombia, Mexico, Venezuela, USA and London and more.

We had a chat to Phoebe on her masterclasses and how to rock that double bass.

The Creative Issue: Congrats on the huge success of your online masterclasses so far! What is it like to facilitate these sessions across various countries and timezones?

Phoebe Russell: Well, at lot of people are struggling in lockdown at the moment. I had the idea to reach out to people through my social media account, so I started posting more. I’ve started teaching my own students, at the Griffith Conservatorium through Zoom and doing Zoom group classes. So I thought, why not open it up to the world. I just posted on my Instagram asking if anyone would be interested in performing with me, and I got about 100 people commenting on the first post that they would like to play. So I picked six people from six different countries around the world. We had USA, South America, Europe, Asia, Australia.

For the first class, we had over 200 hundred people tuning in from around the world to watch me teach the six. I had my husband translating. I speak a bit of Spanish, and he speaks Portuguese, so we had three languages between the two of us.

Now, it seems to have become a regular thing. I post the upcoming date, if anyone wants to play, they put their name down, like a draw. I pick six people for a two hour class, and then I do a public Zoom masterclass every two weeks. There’s been a really, really great reaction, mainly from students that aren’t having lessons at the moment, during all the lockdowns around the world, or students that are lacking motivation. I’ve been enjoying it as well. 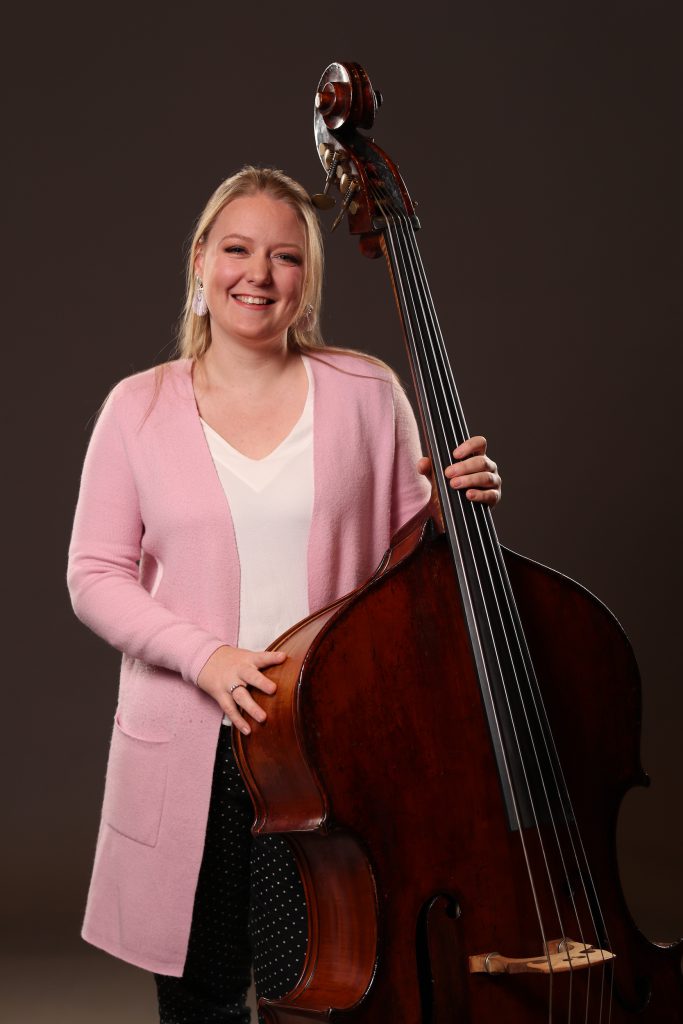 TCI: How does it feel to have the opportunity to teach bass to people across the world?

PR: It feels pretty amazing. I’m pretty passionate about teaching, as well as performing. The main thing I really like is that we all have one common goal and everyone is so passionate about what we do. Without this awful situation happening, we may have never connected on that level. It’s just been really cool meeting so many young bass players and creating a support network through this. Everyone can chat together, ask questions and support each other. Those that are playing give great feedback, and it’s been really heart-warming.

TCI: What are your plans for further masterclasses?

PR: I guess at this stage, I’ll just continue what I’ve been doing. I’ve just been doing them fortnightly, for the two, so we’ll have a third one comping up soon. I might do some on more focused areas, like orchestral playing or auditions, for people that eventually want to be doing professional auditions after this lockdown. There’s so many options of what we could do with the online platform. 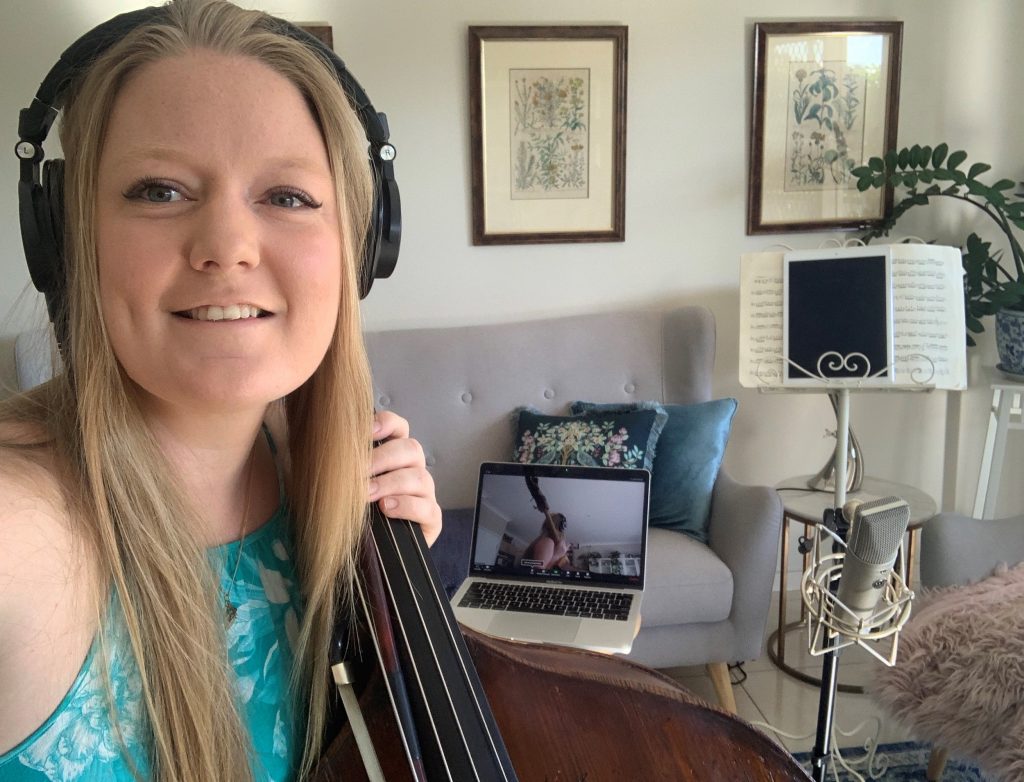 TCI: What other projects are you working on at the moment? Have you been involved in any digital/ streamed concerts with QSO?

PR: I’ve been keeping myself busy. I’ve got a double bass quartet, with my former teacher and two other students from when I studied. We have been putting out weekly little videos of the four of us, from different states around Australia playing together.

Then, of course, I’ve been doing some live stream concerts and recitals through QSO. We’ve been doing a lot of recording for delayed broadcast, so that’s taking up a lot of my time at the moment. We’re recording various chamber pieces. Then, I’ve got my first solo livestream recital at UQ next month, which will be with no audience in the hall.

This morning, I tutored the Australian Youth Orchestra through Zoom, they were supposed to be doing some performances, so we did a little sectional online. A lot of what I’ve been doing has been recording, or through Zoom, from my living room at home, basically.

TCI: Tell us a little about your Lionhead double bass?

PR: That one stays at work. So I play it in orchestra. It belonged to my predecessor, it still belongs to him, actually, he’s just leant it to me, very kindly. It’s an amazing piece of history for the QSO, it’s been there for several generations. My predecessor bought it from his predecessor, and it’s been in the section for as long as the orchestra’s been around, almost. 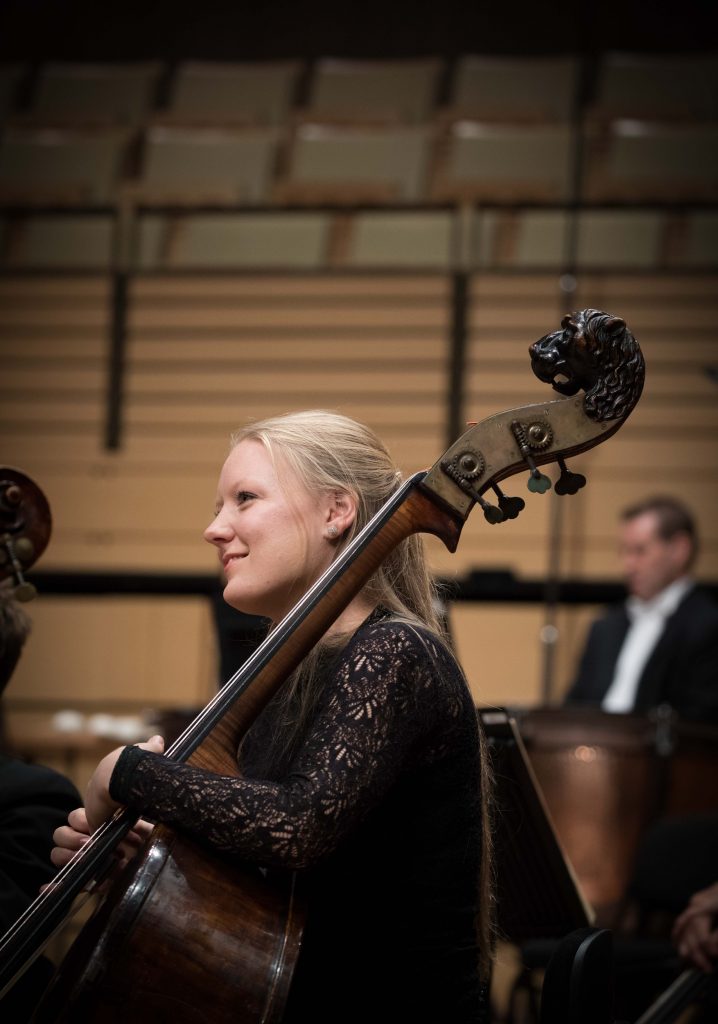 TCI: What are you most looking forward to, when QSO can get back together?

PR: Honestly, I’m just really looking forward to playing for an audience! That sounds like a simple thing, but we really feed off the atmosphere and thrive from the response that we get from our audience. It’s not the same without an audience. We’re doing what we can, and we’re enjoying it, but I just can’t wait to play for a full house of people.

The Details:
Who: All budding double bassists
What /Where: Online masterclasses with QSO Principal Double Bass, Phoebe Russell, delivered through Zoom.
When: Fortnightly on Sundays, 8am AEST.
How much: FREE
Follow Phoebe Russell on her Instagram for updates and class links.