Riotous comedy: Down Under

Down Under claims the title of the world’s first comedy about the 2005 Cronulla riots. If that doesn’t sell the film to you, nothing else will.

The awkwardly named Down Under is the first film that young Australian director, Abe Forsythe, has made in thirteen years. It follows the antics of two separate groups of goons in the aftermath of the 2005 Cronulla Riots. One group of Lebanese gentlemen and the other of upstanding Anglo-Celts both head out on a night patrol of the greater Cronulla area to “keep it safe”. Along the way they manage to get their heads in the way of a few cricket bats, while testing their uncertain friendships.

Putting aside the controversy for the moment, the film itself had an uneven tone. While it was as beautifully filmed as any LexusÂ ad, there was something disappointing about the cleanliness of each shot. It showed a missed opportunity for a grungy punk style that would have complemented the story. More to the point, despite the truly honest performances from Lincoln Younes and Alexander England, the comedic beats were ruined by the level of realism in the film. The film featuresÂ horrific gore that psychologically scars the characters and then expects a laugh from slapstick comedy in the very next scene. In a world where pain and suffering is real, slapstick routines make you cry sooner than laugh.

Of course the biggest issue with this film is the fact that it’s trying to make light of one of the most terrible Australian eventsÂ to have occurred in recent memory. Many people who were directly affected by the riots have not had time to forget or forgive the incident, evident by the protests and arrests on the beach at last year’s tenth anniversary. It’s not impossible to tackle controversial topics with comedy, but it absolutely must be done intelligently. Down Under tackles sensitive issues with the depthÂ of a high school oral presentation. With all the serious and dark moments that bogged down the comedy, Down Under delivers a nothing more than the wholly original message thatÂ racism is silly. Â Comedy is such a strong force in influencing opinions, however,Â Down Under feels like a lot of wasted opportunity for real social commentary. 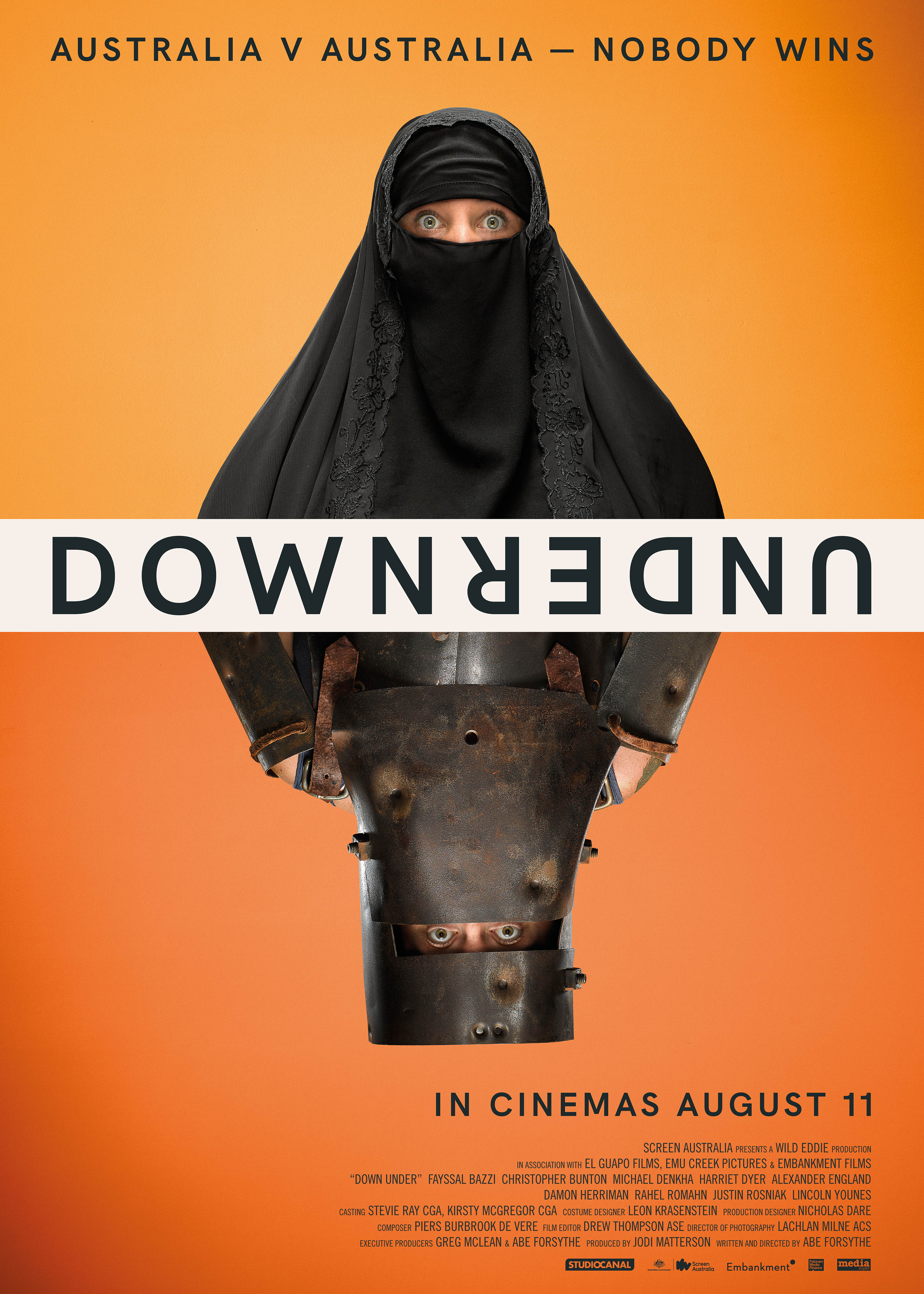 Ultimately, it’s hard to call Down Under a bad film. It had great acting, nice camera work, nice music and even produced a few chuckles- but that’s not enough. Down Under was just underwhelming for a film that promises to be so divisive. You’ll want to really love it, or really hate it, but it really doesn’t rouse passions to any extent. The only really insulting thing about this film is that the title ‘Down Under’ is so absolutely non-specific that it’s really hard to find on Google.

Down UnderÂ is having a limited theatrical release across Australia from August 11.Â

Interview: Beneath the Japanese Wallpaper