When MTV first emerged to the sound of The Buggles, it was the beginning of an era of music complimented by visuals.Â We’ve had a good run with Thriller, Walking on the Moon, Beck, The Beastie Boys, Radiohead’s ‘Just,’ and most things by Bjork, but the formula has held strong with very little done to compliment it – until now.

Dumbsaint- self titled creative ensemble that sounds like progressive metal and looks like the tail end of an international horror film- are aÂ Sydney based four-piece that have made waves in the Australian artistic community for their take on a simultaneously worked brand of music combined with an equally intrinsic visual piece.

Thought provoking and skin-crawling, the films attached to the songs reach into the darker aspects of densely packed suburban life; murder, slavery and self mutilation all finding their way into a combination of mediums that makes for a highly charged live setting, as well as fairly morbid wander of the Youtube sidebar.

I meet guitarist Michael Tokar in the green room of the New Globe Theatre during the bustle of 2015’s Bigsound Live. Surrounded by string instruments and chairs, he does his best to juggle a takeaway container of noodles with answers for one of Australia’s most unique brands of progressive art, explaining the mindset behind the mixing of mediums.

“Our album as a concept is like one film,” he begins. “It’s not like ‘Here’s a music video, here’s a music video,’ its all kind of interrelated and in the same universe – tells the story that goes hand in hand with the music as well.”

The concept takes some work. ‘Communion‘, the latest addition to an upcoming ten-part release touches upon the bizarre rituals of a household – depicting a thriving suburban slave trade. The hour long short film and album ‘Panorama, in ten pieces‘, when released, would have taken 6 months worth of shooting and 25 different actors. 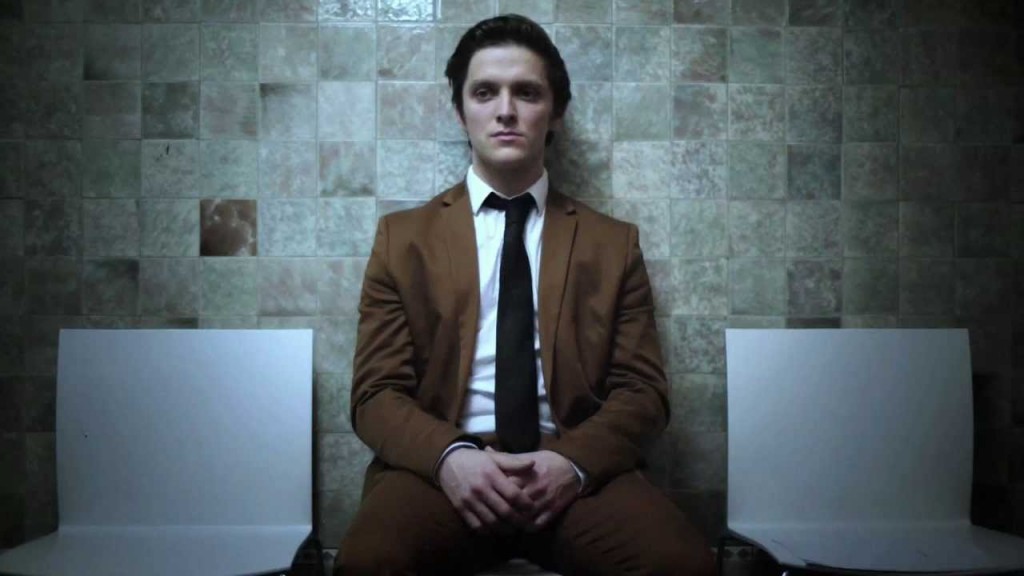 “It’s a bit chapter based. It’s not going to be a 60 min movie to watch and expect this movie ‘arc’. So seeing the order, it’s going to be more episodic. Seeing these several fragments or takes on a particular theme, its how we like to do it- gives us a bit more flexibility playing live, that type of thing.”

Panorama itself has already had its share of positivity, Sputnik Music reviewer demanding the reader ‘Challenge yourself, and listen to this album,’ following its sonic release in early August. TheMusic had it’s own two cents to offer when it announced the album’s release, reporting Â that “…the eerie new video for the songÂ CommunionÂ is one that truly can only be seen to be believed.”

Communion as a film short runs through a disjointed depiction of a slave auction, and – not to spoil it for the cherubs reading- it utilises a few cinematic linchpins: the result being something that would appear quite at home on late night SBS 2. Michael seemed to agree.

“A friend of ours recently described our style as if ISISÂ scored the soundtrack for a David Lynch film. So there’s a lot of influence from Lynch’s directorial style, so maybe fans of Lost Island would dig our stuff…The other guys could probably rattle up a whole bunch more relevant ones.”

The majority of Dumbsaint’s material is set in a darkly yet eerily homely setting, the muffled lighting and modern decor a front that in Communion’s case is a perfect setting for any number of unscrupulous and sadistic acts.

“I think it’s just kind of an intriguing thing- we all live in this inner city dwelling, it feels so dense. It’s kind of like, you’re surrounded by everybody and don’t know anybody. So, what’s going on behind the close doors?”

Although blurring the lines between the dichotomy of film and music, the band still wrestles the usual realities facing musicians in a modern setting; each member working a day job whilst writing and performing, while drummer and bassist Nick and James have the added responsibility of producing an entire short film segment, including the tasks of sourcing actors, equipment, scriptwriting and editing.
Whether living up to the stigma of behind the scenes diva, Michael mentioned the struggle of low budget production for the crew involved – actors having to be especially committed, as “…it often isn’t the highest paid work.”

But all with a dose of optimism.

“It can be an intensive period…Â like we are now. We’re still finishing off the film that’s going to accompany the album we just released, and when we’re doing that it’s like an all-consuming time of our lives, but then we get to play shows like this and then we get to piss off.”

After being asked if any advice could be taken away from working on two fronts for a heavily percussive, musically technical creative ensemble on a reasonable budget, Michael had some words of wisdom.

‘Know when to say no, and know where you are- don’t think you’re too big or too small, and don’t try to do everything and look like you’re doing too much, and looking like you don’t have a clear direction.”

And on the topic of how he explains his band over the bar table:

“Dumbsaint is a cinematic, instrumental post rock band . We make films that synchronise with the music, so that the film’s like the fifth member of the band.”
After selling out their newly released vinyl for the collectors bundle of ‘Panorama, in ten pieces,’ it seems that the new album is off to a flying start for hardcopy sales. Find out what all the fuss is about here.

You can view Communion below:

Review: SPEED: The Movie, The Play