Dune Rats on Their Biggest Year Yet

We spoke to Danny Beusa, Dune Rats’ frontman, to discuss their crazy year and their upcoming shows.

Dune Rats are possibly one of the biggest bands to come out of Brisbane in the last couple of years and love them or hate them, you can’t deny their recent success. Following the banger that is ‘Scott Green’, Dune Rats released their second album, The Kids Will Know It’s Bullshit, earlier this year.

Since then they’ve toured Australia’s major cities as well as following that up with a regional tour a couple of months later. They spent some of the year overseas and just announced their biggest Australian tour yet this October. Danny spoke to us about all things touring, their set at Splendour in the Grass and what they’ve got planned for their upcoming tour.

The Creative Issue: You’ve been touring relentlessly for ages, are you guys having a break now?

Danny Beusa: Yeah we’re all at our houses at the different spots where we live. We’re sort of chilling out but we’ve still got some stuff coming up so we’re still on the phone most days. Having a chill and writing some stuff though.

TCI: What do you get up to on your breaks?

DB: BC does the same thing he does on tour which is just go to the Crowbar and drinks beers and stuff. Brett will just surf and chill, Brett lives about three hours away from me on the coast. And I just fish and chill, just have beers with my mates and stuff. Catch up with people you don’t get to see for ages. 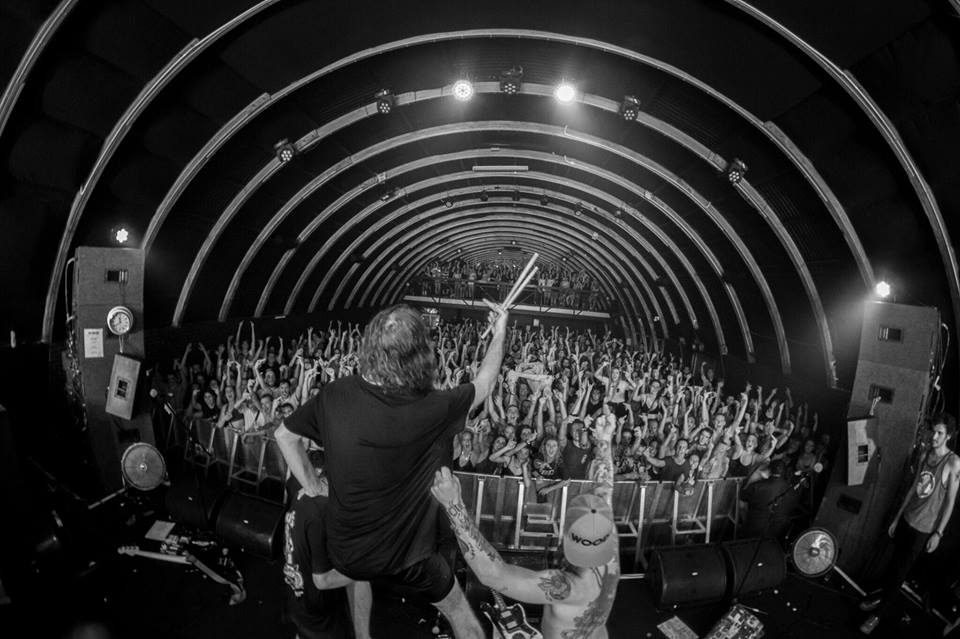 TCI: It seems like you guys are popping up everywhere since ‘Scott Green’ was released, how’s it been since then?

DB: It’s pretty busy. We always tour heaps. I guess the shows have definitely gotten bigger since that. That’s probably been the biggest difference but we’ve always tried to tour heaps. We have for years. It’s been really good this last year. Ever since the [Violent] Soho tour we did with DZ [Deathrays] and Gooch Palms, however long ago that was, it’s been pretty mental. It’s been pretty good.

TCI: That tour must have been wild.

DB: Yeah, we’ve all been mates for years so it was cool that we all got to play on the same tour. We were pretty stoked, everyone was having a good time.

TCI: You guys take a lot of your mates, like Skegss and Hockey Dad on tour with you as supports, surely it makes a difference taking your mates on tour.

DB: Yeah, when we started there was a band that offered us a support tour and we just didn’t really vibe with them much. They were just different people to us so we just thought that we always want to do shows where we get along with the people and like the music that they play. So it’s worked out pretty well for us so far just playing with people that you want to hang out with. Because you spend a lot of time traveling in vans together or laying on venue floors during sound check and stuff. So we’ve found that if we keep our mates around us, then it’s pretty fun.

TCI: Dunies TV is pretty popular, even my mum really likes them, what’s it like being filmed all the time?

DB: Cheers, mum. You get used to it. The guy that does it is our mate, Vorn, he’s just a huge pile of mucus and he’s just always there so you get used to it. He’s a genius at taking all the stupid ideas and jokes we have on tour and turns them into episodes which is really cool. We started doing it because we wanted to be able to show people what we’re doing all the time. It developed from season one into season two where we started to really mess around with the aesthetics of the show.

TCI: I saw your set at Splendour which was easily one of the most memorable, how much planning went into it?

DB: Heaps, too much. It was kind of a piss-take on the fact that everyone tries to plan heaps of stuff but it never really works out. It actually turned out perfect, exactly how we wanted it to go. Mainly we just wanted to ride motorbikes once on stage and we got to do that. All the boys are pretty happy.

TCI: I was in the mosh and didn’t realise the size of the crowd until I saw the photos later on, how was it playing to so many people?

DB: Yeah, it was sick. I had sunscreen in my eyes for the first three songs so I didn’t really notice it for a while as well. I put sunscreen on my face because it was daylight, it was hot. You were probably way hotter than I was in the middle of the pit. I thought it might be smart to put some sunscreen on my face. That was like two hours before. And then as soon as the first song started, I started sweating and you know when sunscreen goes in your eyes? Yeah, it stings. It was sick when I was finally able to see them. I probably wish the sunscreen stayed in my eyes because it was pretty huge. 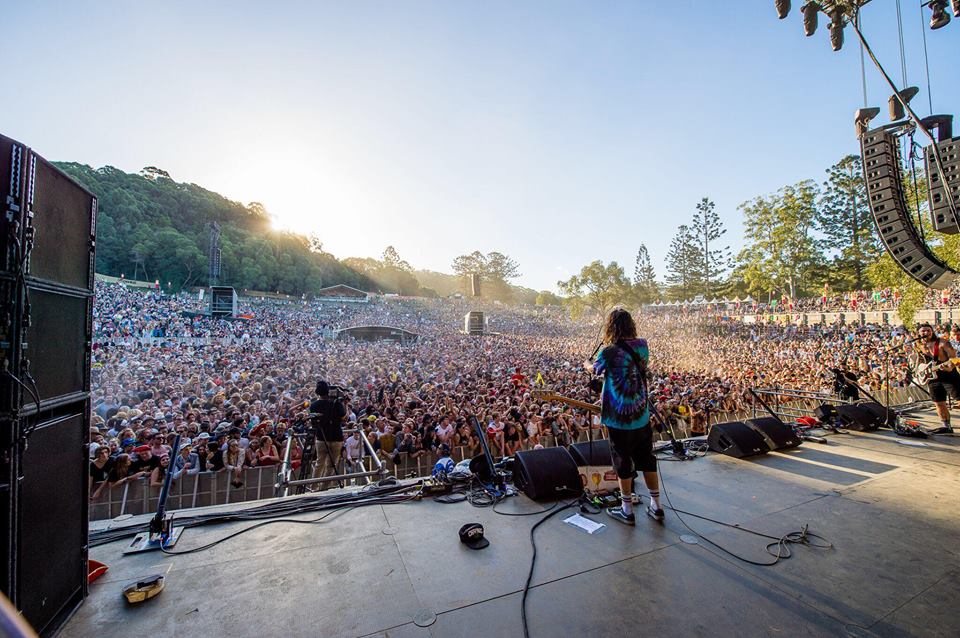 TCI: Why only four inflatable tinnies instead of six?

DB: Good question. I don’t know, I didn’t notice that. That’s a good pick up.

TCI: Do you know what happened to them afterwards?

DB: That’s another good question. We sort of come up with the idea of getting inflatable tinnies and then our manager, Matty, who’s a legend, turns that into everything. I’m sure he was probably chasing around afterwards but probably couldn’t get them. I’d like to think someone’s got one of them in their room.

TCI: I definitely thought about taking one but I couldn’t figure out how I’d get it out of Splendour without someone stealing it from me.

DB: Yeah it’s not really something you could put under your jacket.

TCI: Yeah exactly, you just released tickets to your next Australian tour last month, how have you been preparing for that?

DB: Well, we had a week off where we just went off and did whatever like be at the beach and stuff like that. Now we’ve started that phase. We’ve started some stuff, like theatrical stuff, that’s been the main part of it. Rehearsing the shows and their songs isn’t really that hard anymore because we just play them heaps. But the theatre shows are going to be pretty nuts in all the production stuff that we want to do. So we’ve just spent heaps of days trying to organise that. I can’t really say what it is, I really want to. It’s been going good, it’s just been heaps of phone calls and then we do like a week of rehearsals beforehand.

TCI: You sold out the Tivoli in a couple of hours, were you expecting the tickets to go that fast?

DB: Nah, I think BC thought we would sell out on the night which I still thought was pretty presumptuous. But when our booker, Andy, called us up and told us that it sold out a couple of hours later. I was just laughing, I don’t know it was pretty crazy.

TCI: Are there any bands you’ve been listening to heaps recently?

DB: I like Dilly Dally, I’ve been listening to them for ages. WAAX is another really sick band from Brissy, they’re just killing it. I love them. White Blanks is another band that’s coming out, they’re from Wollongong, they’re pretty cool. And man there’s so many good bands at the moment actually, like Skegss. They’re writing their album now so I’ll be keen to hear that.

If you’ve ever seen them live, you know Dune Rats always put on a show. Tickets to their Friday show at the Tivoli are sold out, however, you can still get tickets to their Thursday show here. I’d be quick though because you don’t want to miss this show.