We had a chat with soprano Alexandra ahead of the concert.

The Creative Issue: How does it feel to perform in Opera Queensland’s Studio Series?

Alexandra Flood: We were part of the inaugural series in 2019. It was really exciting to see an opera company launch a new initiative. We were all curious to see how Brisbane audiences would respond. As soon as it was announced, it sold out, several months in advance. The audience was wonderful. They were happy to hear the repertoire we’d chosen. They laughed at my silly jokes and were welcoming. We got fantastic reviews. It was great to see how well received the recital series was. So, when Patrick asked me to come back and do it again, with Alex Ranieri, it was a no brainer. I definitely want to do it again. I’m thrilled to be to be back.

TCI: What was it like to curate and develop the program for Eastern Promises?

AF: The previous time, Alex Ranieri and I wanted to perform some of our favourite songs, because we knew it was going to be the first series. We wanted to do pieces we were passionate about, comfortable with, and already knew. This time, we wanted to do something different. Developing the program was very organic. I was in France and working on French repertoire, so I had diverse pieces. When I studied art history at university, I studied the concept of Orientalism, which is where Western painters would go to the near or far east and be influenced by what they saw. They would paint these images that typically exemplified those cultures. Those paintings would be displayed back in Europe, and it contributed to this colonialist exoticism of the middle and Far East. I was interested in exploring that concept in music.

As soon as I started to do a bit of research into Debussy and Ravel, it’s clear that there is influence from Eastern, Arabic, Middle Eastern or Asian melodic structures in their works. So, we had that as a starting point. Then we looked at this concept through much of European classical arts, and then geographically West, towards Asia and Australia. So, we were sort of able to find a sort of through line, beginning with the exoticism that you see in Ravel, for example.

Then through to some more sensitive portrayals of Asian culture. For example, the Jake Heggie piece is inspired by a poem and a sculpture by a Japanese American artist. The poetry describes the anthropomorphism of this water stone sculpture. It describes this human experience of what the water might be experiencing as it moves through the sculpture. So that felt like a much more sensitive way to capture an interesting piece of Asian American art. It’s an interpretation rather than the complete cultural appropriation that you see in the Ravel. Then, Alex Ranieri suggested we finish with the Kate Miller Heidke piece from The Rabbits because that is also about colonialism. It’s an Australian piece that looks back towards England and asks how we can recover from the imperialism that was imposed on Australian soil, all those years ago. So, that was the motivation setting up the structure of the program. 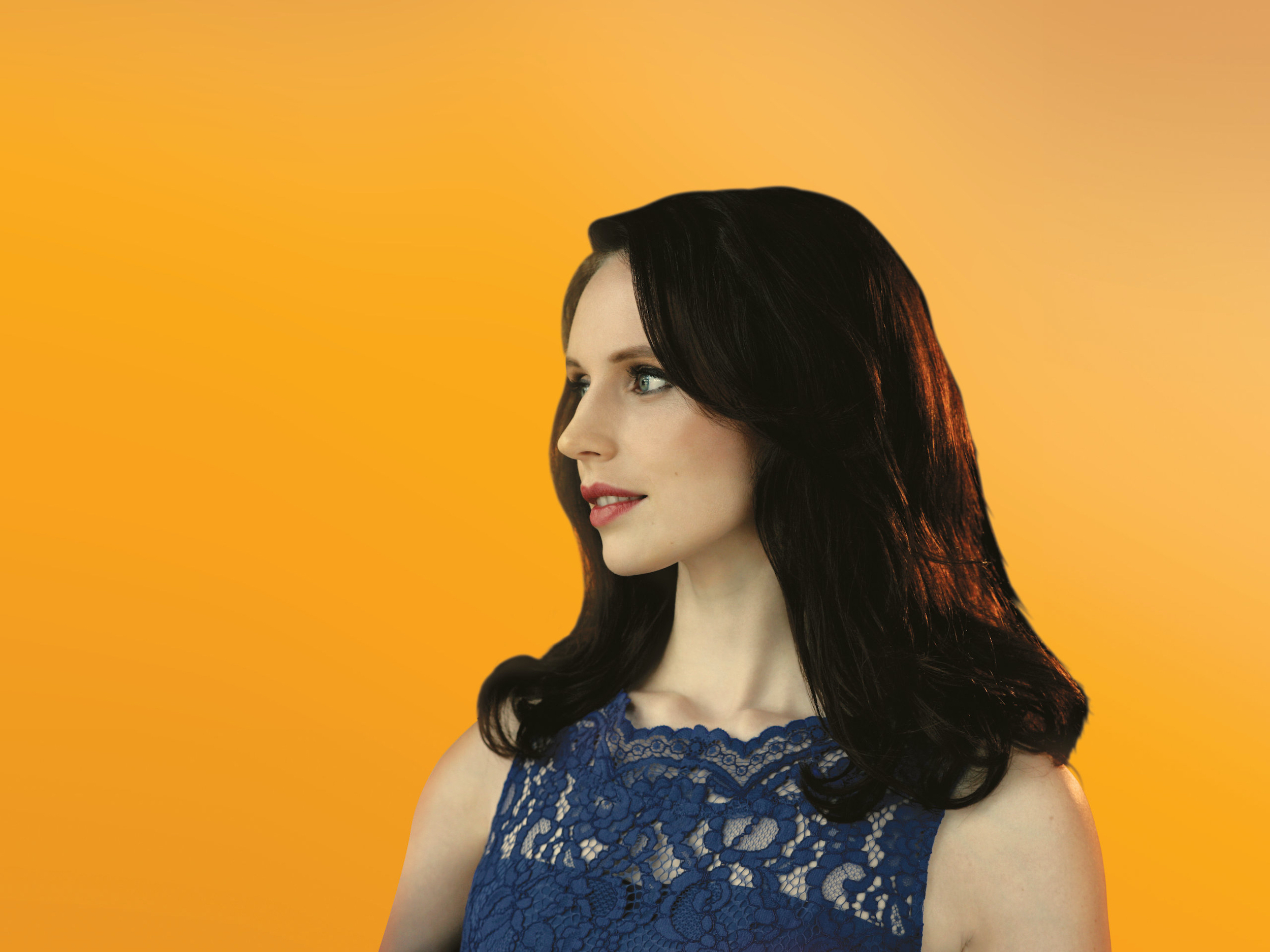 TCI: What are you most looking forward to singing in the repertoire?

AF: The pieces that are the most fun to perform are the Dvořák because they have this real character. Even though it’s a stereotype character, Dvořák has captured something very authentic in the structure. I’m really looking forward to presenting these more niche pieces to the audience. All of this music is new for me. I think one of the Debussy songs I’ve maybe performed before in public, but everything else is new. I feel like I’m discovering it with the audience at the same time, because they’re not my old hat hits and highlights. So, that’s exciting.

TCI: You’ll be singing in five different languages. What are some challenges in this?

AF: Accurate diction has the potential to carry meaningful communication, even if the listener doesn’t fully understand exactly each word. If you have a real commitment to the diction and pronunciation, then something comes across as a pathos in the languages itself. So I think the challenge is being as accurate as I can, in the syntax, and understanding the grammar and which is a key word in the sentence. It’s about understanding exactly the meaning of each single word, not just the meaning of the sentence, so that I can absolutely capitalize on the most optimal communicative potential of the song and the text. So for me, the challenge is just trying to be excellent in the pronunciation and the diction to honour the poetry.

TCI: What can audiences expect in the recital?

AF: Many different musical styles and colours and varied characters. Maybe melodies that sound familiar to them in some ways, and then melodies they haven’t heard before. The music’s very nostalgic and romantic. I think they can expect to be entertained and moved. Hopefully, they’ll find something new that they that they didn’t know they loved, that they now can enjoy.

I’m grateful to be performing in Australia at the moment, my trip over here was touch and go there for a while. I’m aware that obviously, many colleagues in other states aren’t able to work and I’m hugely grateful to the state of Queensland and to the company of Opera Queensland, that’s facilitating this event, and making sure that we get live music back on its feet.

Southern Cross Soloists Dream Away in ‘Dreams and Visions’

Camerata Takes Flight in the Conference of the Birds