Ecca Vandal on Her Self-Titled Album, Falls Festival and more

We recently had the pleasure of talking to Ecca Vandal about her huge year.

Ecca’s self-titled album is set for release on October 20th, and she’ll also take to the Falls Music and Arts Festival stage over the new year, after wrapping up her headline tour and touring the UK supporting Frank Carter and the Rattlesnakes.

Ecca says she would describe the album as “a snapshot of me and who I am at this point in time. A snapshot of the last year and a half, and it’s Ecca Vandal, its who I am.”

“It speaks about where I come from on a sonic level…”

Recorded in her apartment, the Ecca Vandal album is the product of a DIY lounge room recording studio, and instrumentation by Ecca and Kidnot, the album’s co-writer and producer.

“We made a lot of noise, got a lot of noise complaints from the neighbours, because we’re actually in a block of units. So, we just had to push through and get the record done, in spite of the noise complaints and things like that. When we had to make really, really loud noise, we’d actually go into this other studio that we got access to for free, and track some really loud guitars and things like that. But most of it is in the flat.“ 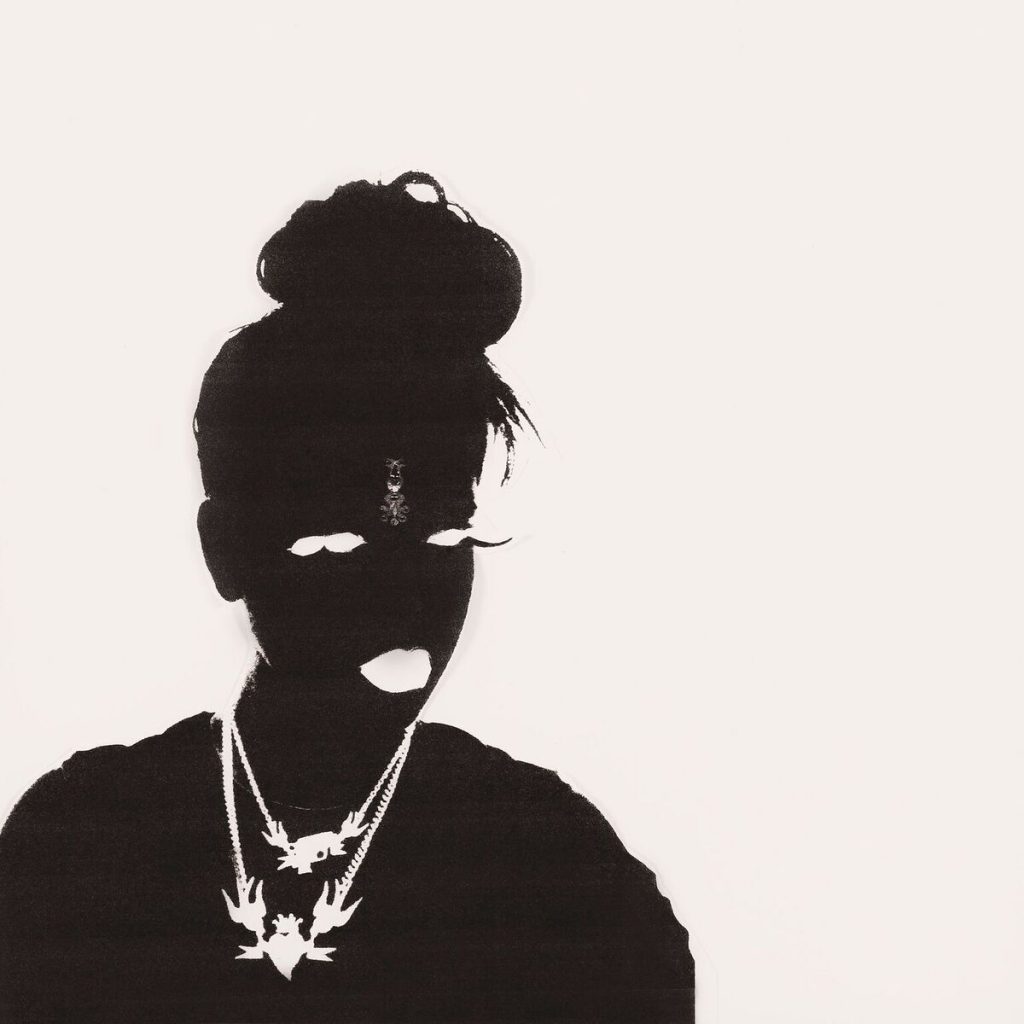 One of the album’s standout collaborations is on Price of Living. It features work from Dennis Lyxzén and Jason Aalon Butler, a pair who Ecca said she was honoured to work with.

“It was just a vision that I had for the track, because often you hear multiple features on hip hop songs. A few emcees get up. You [don’t] really hear that on a punk rock song. So I thought that’d be a really cool approach”.

Ecca’s most recent music video, Future Heroine was created alongside a predominantly female cast and crew. She said that the experience was “amazing” and “empowering”.

“I was very proud that once I found the right collaborator on this project. Her name is Amy Dellar, she’s an amazing cinematographer. It’s just so cool that she’s a female, she’s incredible. You just don’t often see a lot of female cinematographers. So when I first found her, I was so excited and then, when we started piecing together the vision, and started to put together the team, it just so happened that all these other badasses on the team were women.”

“I’ve only been on set where it’s been predominantly males in those roles. So when I was filming, it was so cool to look out and see women occupying the same spaces, and actually killing it. I just noticed that the women on set were empowered, everyone was really comfortable, everyone was excited to be doing this particular shoot.”

“And, you know, what I noticed, was that, in this particular film, it’s kind of dark and provocative, and in it women are being really sexy… Normally, it can be a bit of an awkward experience, but everyone was really comfortable and they felt powerful and in control. It was a really strong kind of performance from females, because I think that they all felt sexy and owned it, and didn’t feel like they were uncomfortable of self conscious at all. It was incredible.”

Ecca’s album is sure to impress. Working together a huge list of influences, she’s created her own unique sound that will never leave you bored. She let us in on what inspires her genre-defying work.

“I would say that the reason for the crossover for my music would be my love for music, and where I’ve come from musically. I think my roots are really in very diverse areas of music, my Srilankan heritage and South African Heritage really inspired my love of rhythm and beats. So it’s mainly because of the traditional sounds from both those countries. And then I just started getting inspired by my sister’s record collection of hip hop music, which led me to RnB, which led me to Soul, which then led to Jazz.”

“I think because I consumed so music much along the way, and now, every day, I’m consuming all sorts of genres. I’m listening from Rihannato Miles Davis, to Charlie Parker,to Beyonce, to Tupac. That’s all in my day to day listening. So I think thats probably the reason for the crossover, because thats how I consume music myself. And that’s what excites me about music, is the variety. 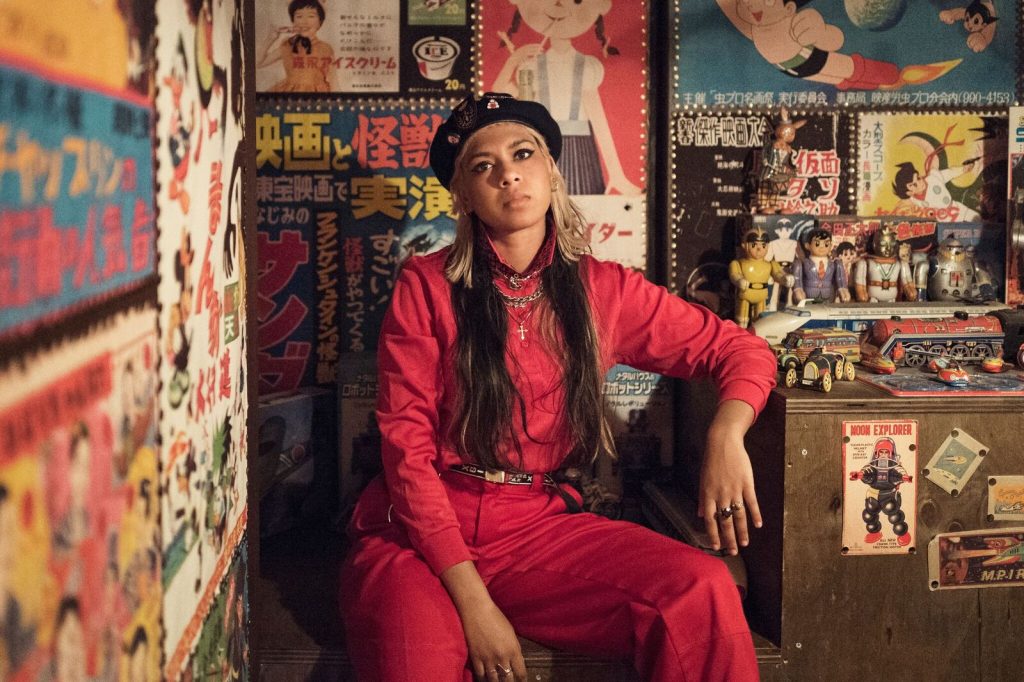 Ecca Vandal will be wrapping up her year with an impressive set of tour dates, including supporting Frank Carter and the Rattlesnakes in the United Kingdom. She’ll also be performing on her own headline tour, and she’s scored a spot on the Falls Festival lineup.

“It’s exciting, I love it. I love travel and I love new people, so those things combined, makes it a very exciting end to the year. Novembers’ going to be awesome, touring around the country playing some shows of my own. It’s been a little while since I’ve played my own shows. Also, we’re going to play some new material from the album live for the very first time. So that’s super, super exciting for us. Then we get to go the UK for the first time, its going to be super cool.”

“Falls Festival is going to be great. The lineup is killer, so I’m very excited to jump on and just to see other bands as well. It just becomes a little bit of a touring party, for a few weeks. I’m really excited about that.”

If you’re going to be catching one of Ecca’s performances, she says you should expect to “have some fun, to go through a range of moods and emotions with me, though the material that were playing. theres lots of light and shade, with some of these songs. Theres some heavy beats, really big bottom ends, and raucous punk-rock. I just want people to expect to come and to just let go of whatever they’re going through at the door, and be free and in the moment with me”

You can keep track of all Ecca Vandal newsÂ here.