The spotlight illuminates two young women. One is a daughter of the British Empire, sent to do her duty for king and country in foreign lands. The other is a modern British Muslim, disillusioned by the casual racism of mainstream society. Their stories are very different, yet they are the same â€“ brought vividly to life on a bare stage.

â€˜Echoesâ€™ is a powerful, confronting work by British playwright Henry Naylor that charts the stories of Tilly, a member of the â€˜Fishing Fleetâ€™ (young Victorian brides sent to marry the eligible bachelors of the British Army in India) and Samira, a young girl seduced by the propaganda of Islamic State. These two women are funny, fiercely intelligent and spirited â€“ a term used as a pejorative at one point, but here intended as praise of the highest order.

In its first five minutes, the play illustrates the damage caused by sexism, the media’s treatment of the refugee crisis, the dangers of our online world and the societal expectations and judgements of women through history. It doesnâ€™t let up from there, with the brilliant, beautiful script showing the sacrifices that women have been forced to make through the centuries in a world run by men. A recurring theme is the idea that a womanâ€™s worth is based on her body, even when she is let down by it. Both Tilly and Samira are judged on their ability, or otherwise, to produce children for the expansion of masculine, military power â€“ whether it be the British Empire or the Islamic caliphate. 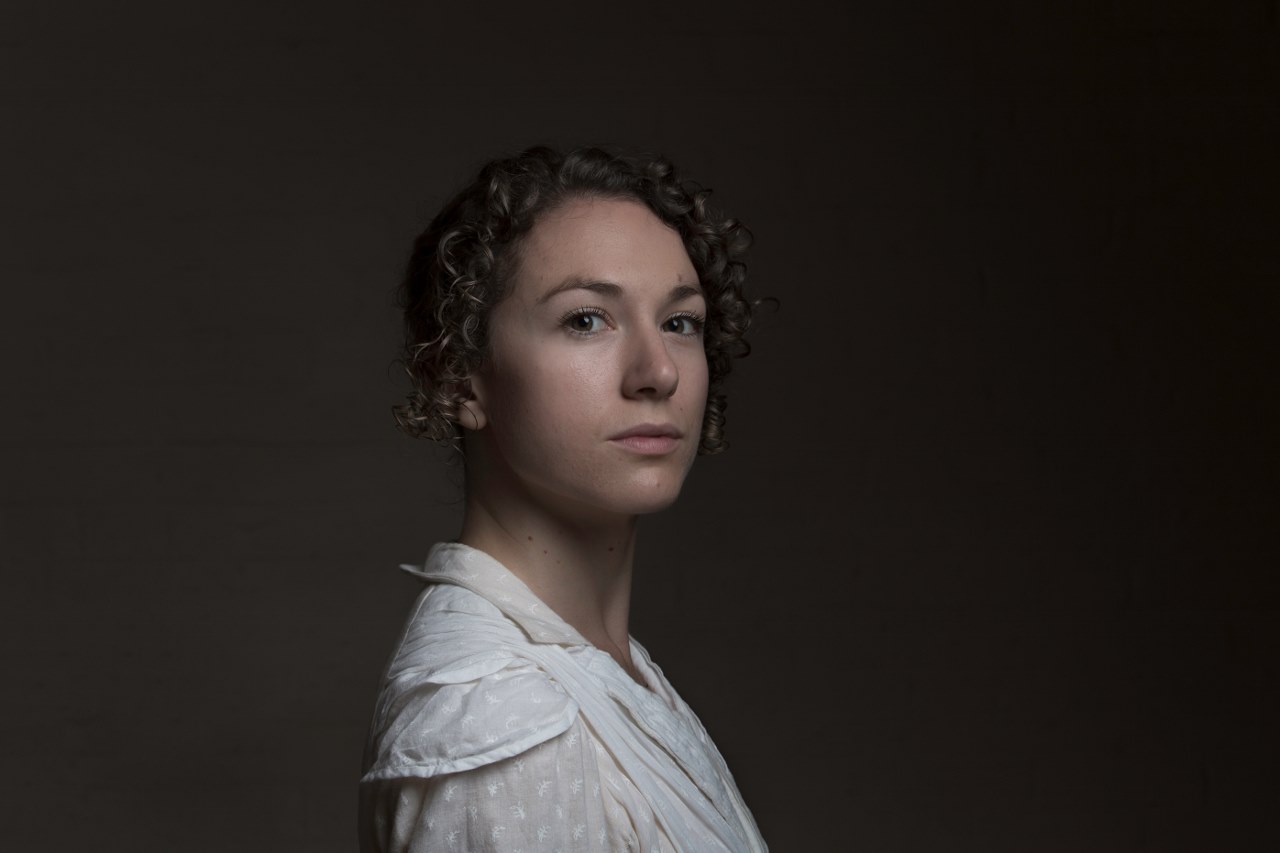 Tilly is based on the real women sent to be wives for British officers.

Filipa Brangca, as Samira, and Rachel Smythe, as Tilly, are revelations. They wholly embody these young women, creating distinct but complementary characters that are trapped by their circumstances â€“ circumstances of their own making. They navigate Naylorâ€™s poetic, lyrical script with ease, and conjure vivid images of the Indian jungle and the Iraqi desert against a bare backdrop. The confronting scenes of rape and domestic abuse are handled with sensitivity and grace, and the play never loses sight of the human toll of conflict. The final twenty minutes are a masterclass in tension-building, and the script bravely avoids delivering an â€˜easyâ€™ ending.

At its heart, â€˜Echoesâ€™ is a searing, depressingly relevant indictment of male attitudes of ownership towards female bodies. The men in the lives of Tilly and Samira consistently betray their ideals and let them down, yet make the decisions that affect them most. As one of them points out: â€œWe created men, and they would destroy us.â€