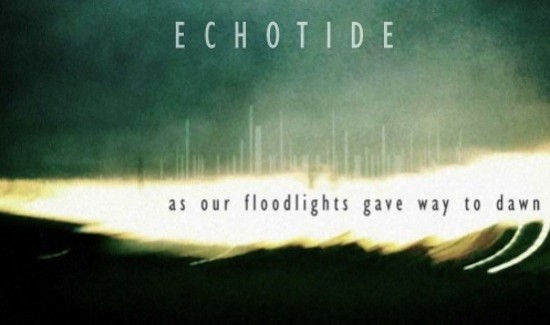 The lineup this year is an all-local affair with a strong emphasis on post-rock and progressive acts that arenâ€™t afraid to show a little technique â€“ Echotide, Balloons Kill Babies and Spherian. Itâ€™s a particularly important night for Balloons Kill Babies, who are using the showcase to launch their debut EP Leviathan.

All this comes during an exciting year for heavy alternative acts in Australia. The future might just be brighter than ever after the growing success of instrumentalists sleepmakeswaves (sic) and Hazards of Swimming Naked, as well as the pre-release buzz surrounding broader progressive acts (specifically Karnivool and Dead Letter Circus).

I had a chat with Mikey from Echotide, the nightâ€™s headliners. With an immersive wall of sound rolling from progressive rock to cinematic swells, the band functions like a kind of post-rock super group, drawing members from a bevy of well known local acts: Â Arcane, Caligulaâ€™s Horse, Flynn Effect and Soma.

CD: How was the band formed?

Weâ€™ve been going for about five years. It started as a bit of a side project and itâ€™s gradually gained momentum and is becoming a priority for everyone, which is a little bit confronting. Itâ€™s good.

With the first album we got to the point where it was all steam ahead on the studio front and then just shut down on the live front â€“ and that really worked last time. So weâ€™ve decided to make this one the final show of the year for Echotide and go straight into the studio within a couple of weeks after this gig.

CD: Other than default post-rock influences Sigur Ros and Mogwai, what bands inform your sound?

Weâ€™re not really from post-rock backgrounds. Obviously we all love Sigur Ros, Mogwai and Godspeed You! â€“ and Jakob is a big influence as well. But it was more like putting together all these different musical influences and it just happened to get this post-rock kind of sound.

There are a lot of influences you probably wouldnâ€™t expect from a post-rock band: Imogen Heap, Nine Inch Nails, Porcupine Tree, Opeth, and then classical music like Brahms and Beethoven. 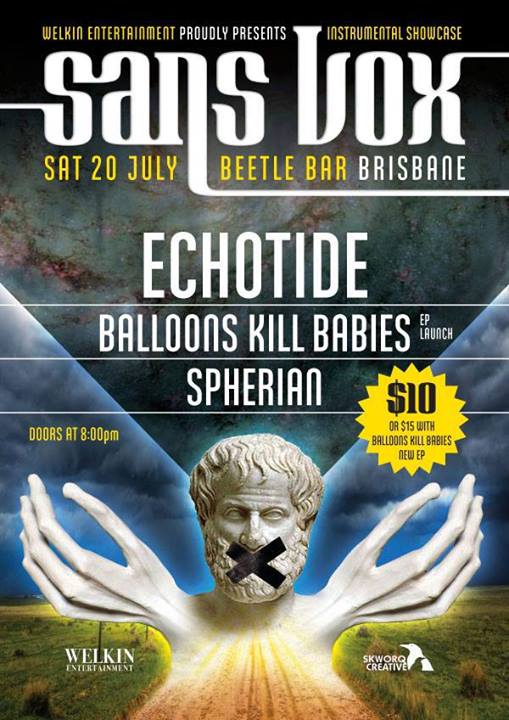 Brisbaneâ€™s an interesting climate. Iâ€™ve been playing music here professionally for about eight years now. At the moment obviously venues are a bit lighter on the ground than they have been in the past, but at the same time that puts a bit more importance on people supporting shows.

Itâ€™s swings and roundabouts, and the bands that are making music at the moment are doing a tremendous job establishing it as a centre of music in the post-rock genre particularly. Weâ€™ve got bands like Hazards of Swimming Naked doing some pretty amazing things on a national level.

CD: What are your plans for the future?

Early 2014 weâ€™re looking at having the next album out. After that we want to get out and play shows around the country a little bit more; weâ€™ve never played outside Queensland as a band.

We have people contacting us all the time from Sydney and Melbourne asking us when weâ€™re coming down. Itâ€™s one of the curses of it being effectively still a side project.

CD: Can you ever see the band leaving Brisbane permanently?

Itâ€™s not something Iâ€™m entertaining any time soon. I honestly donâ€™t know where weâ€™d go; Brisbaneâ€™s a really cool climate in terms of the music that happens in these parts.

It can be as isolated as you want it to be. Thereâ€™s a big reflection of that in our sound and I donâ€™t necessarily know if it would work anywhere else. For the time being we definitely call Brisbane home.

Echotideâ€™s first album (As Our Floodlights Gave Way to Dawn) has been streamed more than 15,000 times. Download it free on their website.

More than one direction: The Tertiary Studies Expo