Eight Tours to Look Forward to in 2022

Live music suffered another hit with the recent lockdown, but better times are coming. We preview eight tours scheduled for 2022 that prove there is light at the end of the tunnel.

Of course, whether international tours will go ahead depends on when Australia’s borders open – there is currently no timeline for when this will happen, but fingers crossed it happens in time…

After a five-year hiatus, New Zealand indie-pop singer-songwriter Lorde will return to Australian shores next March in support of her third album, Solar Power (out 20 August). Her most recent Brisbane show in 2016 was one of the performances of the year—don’t miss out this time around when she plays Riverstage on 10 March.

Perth rockers Eskimo Joe will play cuts like ‘Black Fingernails, Red Wine’ and ‘From the Sea’ across a nation-wide string of theatre dates next March/April. They will play their iconic albums Black Fingernails Red Wine (2006) and A Song is a City (2004) back to back at the Tivoli on 8 April.

Get the black eyeliner ready: My Chemical Romance will be hoping our borders re-open in time to play their first Australian shows in ten years and their first here since re-forming in 2019. The Gerard Way fronted group is scheduled to play theBrisbane Entertainment Centre on 14 March.

Backstreet’s back, alright! Brian, AJ, Nick, Howie and Kevin will delight boy-band fans with songs like ”I Want it That Way’, and ‘As Long As You Love Me’ when they play their rescheduled DNA Tour show at the Entertainment Centre on 15 March.

Despite their enduring popularity in Australia (they topped the 2007 Triple J Hottest 100 winners with ‘Sex on Fire’, while their most recent album, When You See Yourself, topped the ARIA charts), the Followills haven’t played here in over a decade. That is scheduled to change on 29 March at the Brisbane Entertainment Centre. 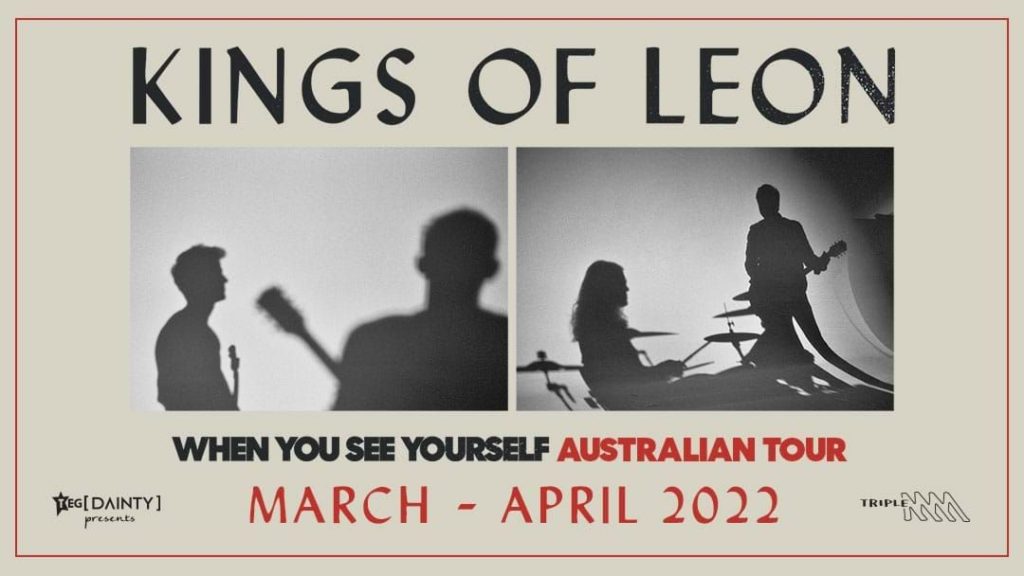 New Order and Joy Division alumnus Peter Hook will play Joy Divisions’ Unknown Pleasures and Closer in full, as well as a selection of New Order songs at the Tivoli on 1 March. Four decades on from the death of Ian Curtis, the legacy of the Mancunian group lives on through the Joy Division bassist and co-founder.

One of the first international tours announced since the onset of the pandemic, the dream-pop trio plan to tour Australia in support of Californian Soil, their UK and Australian chart-topping latest effort. They’re due to play the Riverstage on 22 February.

A headline tour 23 years in the making, long-waiting Faith No More fans had to wait another year when COVID-19 struck just weeks after the tour was announced. Mike Patton‘s alt metal group is now scheduled to play at the Entertainment Centre on 15 February. They’ll be supported by Melbourne’s RVG.