Circus gets sexy with Thomas, Cal, and Rowan – the toned, taut stars of Elixir – a genre-defying show somersaulting into the Powerhouse next month as part of the Wonderland Festival.

Elixir has wowed audiences, garnering accolades and acclaim, across the world since 2015, with its blend of slap-stick Aussie humour, acrobatics and circus skills. Being performed by young men in suspenders doesn’t hurt either.

The Creative Issue caught up with its creator, Thomas Gorham, on a break during rehearsals in Melbourne, to talk injuries, Edinburgh, and Channing Tatum.

Thomas Gorham: It could be the send-off. This festival might be the last of the big performances for us.

TCI: Did you expect Elixir to be so successful? Was there a specific goal in mind when you created it?

TG: Elixir was our first production. Our goals were to make our mark as a company [Head First Acrobats] and break into the international market. We succeeded pretty well. We sold out Edinburgh, came back, sold out Edinburgh again. I think we had the most five star reviews there of 2017. The only thing we haven’t done is get another season in Melbourne, our home town, so we’re aiming for the comedy festival. But, if that doesn’t happen, Elixir has done its job.

TCI: Can you tell us anything about the new show?

TG: Our next show is a Western – cowboys and sheriffs and vagrant wanderers. We go for caricature stuff. Elixir is mad scientists and zombies. We made a children’s show about pirates that was called Arrr We There Yet?! 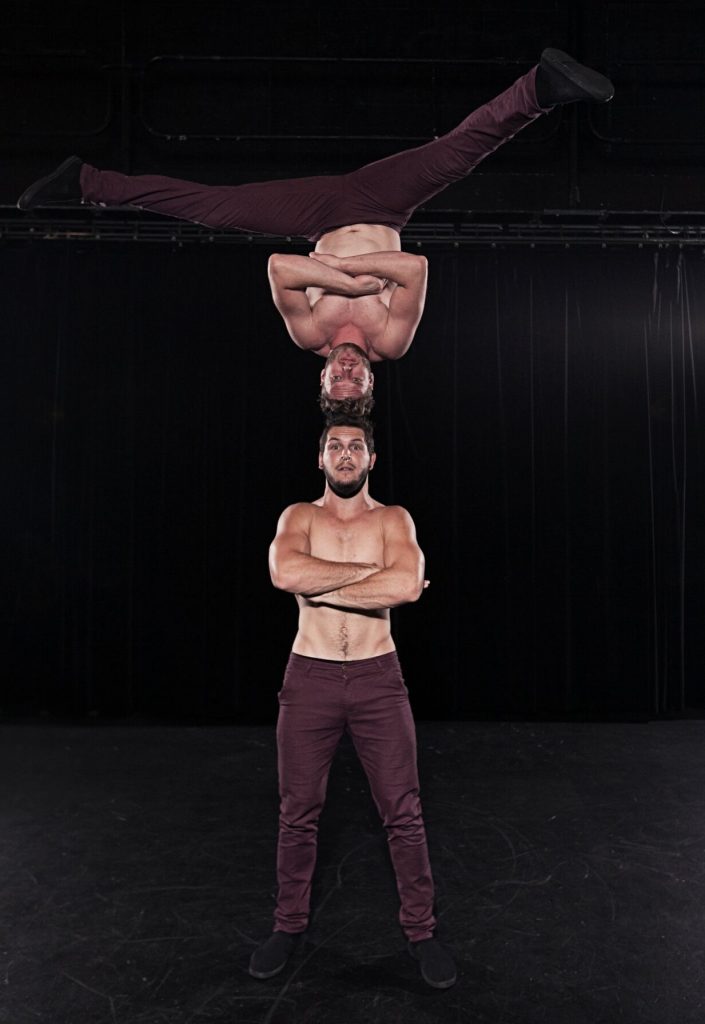 TCI: You balance on top of ladders, spin inside wheels, offer a new definition of a headstand. How did you discover a flair for these niche activities?

TG: The other two boys did social circus and gymnastics as children. I was doing break dancing but realised it was not a good career choice so I went to circus school. Break dancing has become way more of a career choice since then.

TCI: How did you meet?

TG: We all went to the National Institute of Circus Arts. Cal and Rowan were in the same year. I had finished, and had been working for another company, and had come back to teach a couple of programs. Cal and I bonded over making a teeterboard.

TCI: It looks dangerous. Have you ever got injured?

TG: When you’ve done something a hundred times in front of people it becomes automatic; but, every now and then we stuff something up. The other day, I didn’t warm up as well as I should have and now my ankle’s sore. We have had knee injuries too. I’ve had knee reconstruction surgery, so has Rowan. Cal’s luckily been fine. Lately, we’ve had nothing worse than ‘oh, my wrist is sore’.

TCI: Elixir has been described as ‘Magic Mike if Magic Mike was good’. Do you agree?

TG: That’s from Sydney. That’s our favourite! A friend of ours was in the production [Magic Mike Live is a thing] and actually showed that quote to Channing Tatum.

TCI: How would you describe the show?

TG: Most descriptions are kind of the same – acrobatics, sexy, funny. But that one was really good. 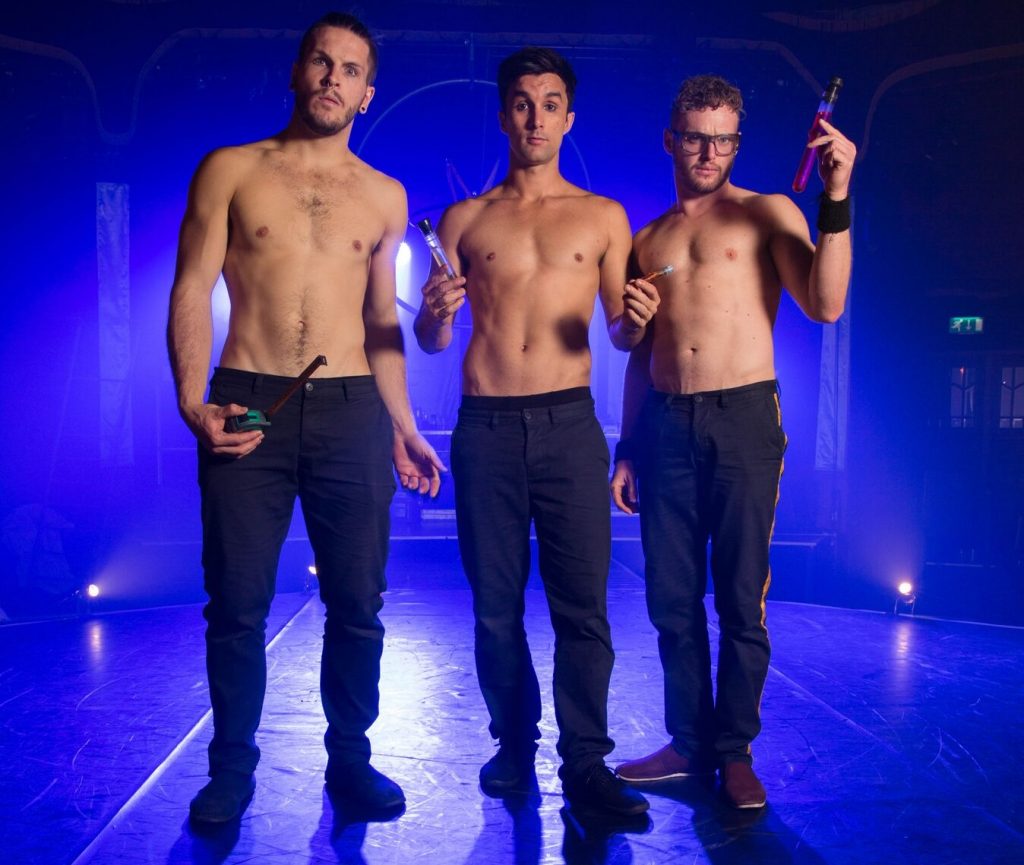 What Elixir, presented by Head First Acrobats and Brisbane Powerhouse as part of Wonderland Festival

Brad Sherwood talks Whose Line and the martial art of Improv

Where to party this Melbourne Cup