The Valleyâ€™s newest hotspot Ellement lounge will open its doors for the first time.

This week Brisbane will be welcoming one of its first and only house music venues. With two dance floors, multiple bars and VIP rooms part owner AJ Ashworth plans to bring something different to the Brisbane night scene.

â€œMusic is our main focus here, there is no point having a nice venue but terrible music, we want to bring forward the best of bothâ€ said AJ. And Deliver they will, hosting both Kid Massive and Katie Valentine (Syd) this Saturday. AJ also claims Ellement lounge has secured the top RnB DJ in Brisbane, â€œ But I will have to leave who as a surpriseâ€. 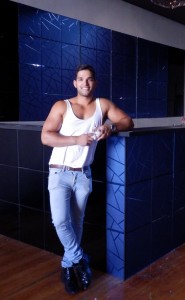 The converted upstairs venue holds no remnants of its seedy karaoke bar past, now opened up to be a vast shiny new nighttime playground for all the valley girls and boys. With its multiple room layout and lounge conversion Ellement has the potential to be a weekly crowd pleaser. Offering Friday business drinks including food and cocktail menus this venue will entice the refined party goer. Saturdays general and Sunday AJ says he has something special in store â€œI canâ€™t reveal anything yet though.â€

â€œEach of our VIP rooms has an element for its the theme, whether that be fire, water etc.â€ Said AJ. Â An elements themed cocktail menu was also designed for the lounge in collaboration with Moet-Hennessy

Only 2 months after initial inspiration owners say the Ellement lounge is ready to open its doors.Â  â€œItâ€™s been super fast development but we have all worked in this area beforeâ€ said AJ. Collectively pulling experience from the Lima Lounge, the Met and Bacchus the Ellement Lounge team clearly know what theyâ€™re doing.

Despite the glittering interior and strict dress code, Ellement Lounge is expected to be one of the most affordable venues in the area. Â However like anything we will have to see it to believe it- Creative Drinks Ellement Lounge review to follow.

Rumour Has It â€“ Return Season at the Judith Wright Centre