Brisbane-born and bred Elodie Boal is someone to keep an eye on in the performing arts industry. Sheâ€™s back this weekend for two nights only with Wondered, the final conclusion to Lewis Carrollâ€™s Alice In Wonderland.

Wondered has won over forty awards across the 2015 South East Queensland Drama Festival Circuit, including Best New Australian Script. The one act play is a 45 minute long whirlwind of â€œinsanity, complexity, imagination and downright discomfort.â€ When I asked Elodie about the process of writing, directing and starring in such a successful play, she started at the very beginning.

She tells me about how she didnâ€™t want to see her performing arts days finish upon high school graduation, despite opting to study a dual degree of Journalism and Business at QUT. â€œI was like, â€˜I need to find somewhere else to keep that passion up!â€™â€

She joined a â€œâ€˜really, really tinyâ€ theatre company, there she met her close friend and artistic peer Gary Farmer. With this momentum, she went on to act in further productions and was encouraged to enter into the South East Queensland Drama Festival Circuit.

â€œMy friend Gary ended up writing his first play, and I jumped on board with thatâ€¦did it myself with other peopleâ€™s plays for two years and then by the third year, in 2012, I wrote my own play.â€

Her first play, Crush, is about â€œheartbreak, going through a relationship thatâ€™s really rocky, first love, and having that crumble away.â€ For Elodie, this play was not only her debut piece but also a way to end a hard chapter in her own life. â€œOn that Circuit I won Best New Australian Script three times so I was like, â€˜maybe I can write a play!â€™â€

The initial development of Wondered is difficult for Elodie to reminisce about, as her grandfather passed away during the writing process. â€œOne of the biggest things about Wondered that not many people actually know is that the whole story is dedicated to my Grandadâ€¦he was the only one who I actually talked the whole idea through with. I remember asking him, â€˜Do you think people will still think Iâ€™m sane, after they see this?â€™ And I just remember the words of my Grandad: â€˜I canâ€™t believe how your brain works in such a wayâ€¦itâ€™s going to be good, you need to write it, you need to write it.â€™â€

One of the things that impresses me most about Elodie is how determined and self motivated she is. She gives herself firm deadlines, and even in the midst of tragedy is able to convert grief into fierce motivation. â€œMy Grandad saw it in me, so I needed to see it in myself and do it for him.â€ 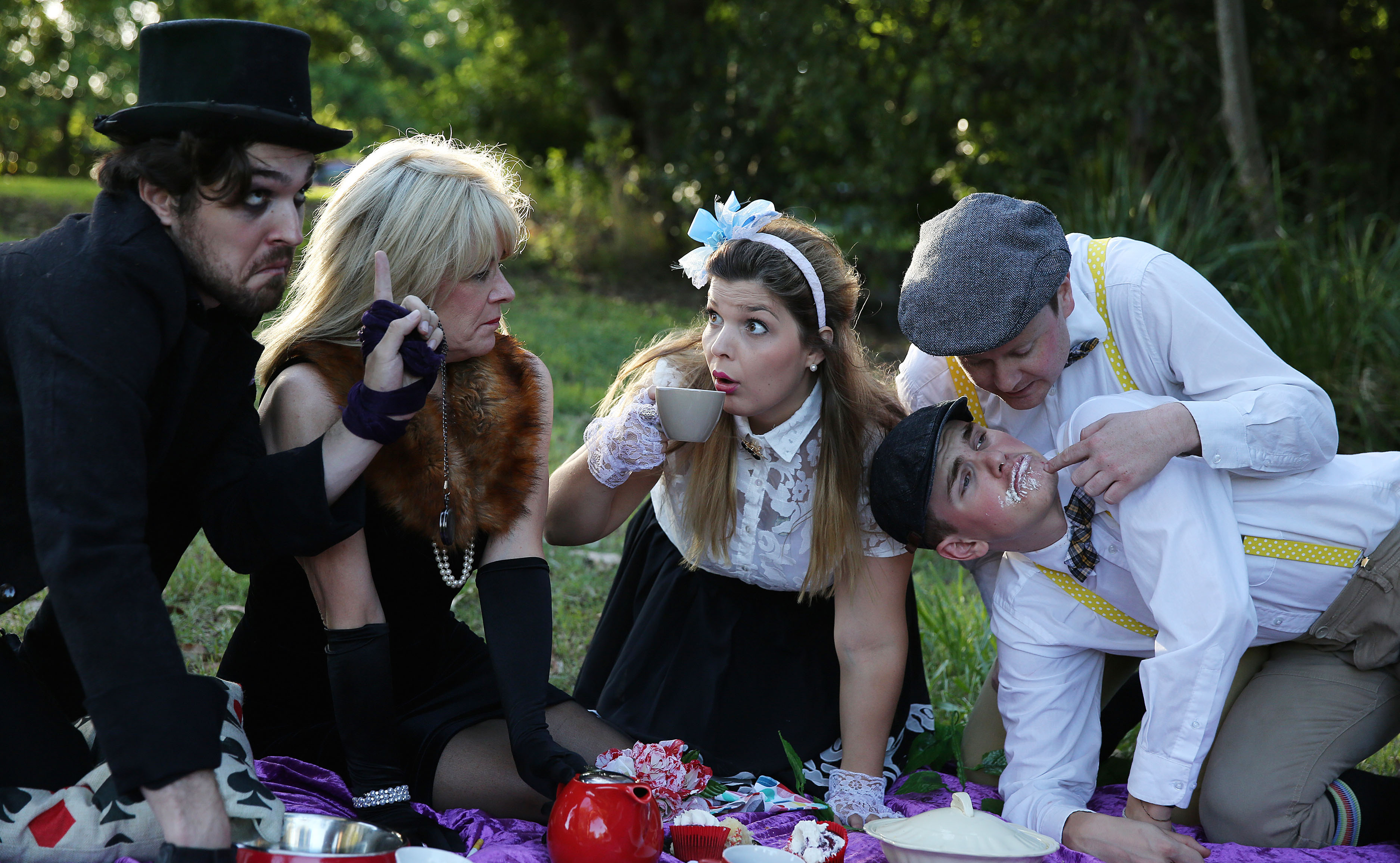 Elodie encourages industry newcomers to â€œfind your muse and just do it. You just need to tell yourself you can do it. The worst thing you can do is say you canâ€™t do it. For me, my muse is musicâ€Šâ€”â€Šas soon as I put headphones in, Iâ€™m inspired with a new story.â€

After such success on the drama festival circuit, Elodie admits sheâ€™s a little intimidated by the thought of her next major writing venture. â€œI donâ€™t want to come out too early and have people go, â€˜hey, this wasnâ€™t as great as the last play she wrote.â€™ I have a lot of expectations, which is a bit hard at the moment. I am writing, but the creative spark hasnâ€™t been found as fast with other ideas. Itâ€™ll come. It always has in the past.â€

For two nights only, you can experience Wondered at the Brisbane Arts Theatre.

What: Wondered
Where: Brisbane Arts Theatre, 210 Petrie Terrace
When: 7.30pm Friday, March 25th and Saturday, March 26th
How Much: $20.
Website: Brisbane Arts Theatre
More Info: This production contains some scenes which may be confronting for small children. Parental discretion is advised. A tea party inclusive of food and drink will be supplied, with pre-show entertainment. Proceedings shall commence approximately 8:00pm, with the performance of the play â€˜Wonderedâ€™ running at 45 minutes (no interval).