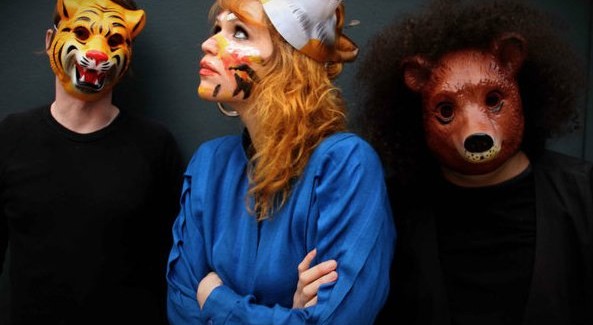 The voice of Emily Lubitz needs little introduction; the air-filled sound behind iconic 2012 safety campaign ‘Dumb Ways To Die’Â as well as the fiery-haired songstress at the front of folk/indie outfit Tinpan Orange, whose storm of regular festival and headline appearances as well as three albums- some of which were produced by husband Harry Angus- have over the years built them a loving local and not-so-local fanbase.Â

CD: How is a day in the life of Emily Lubitz currently?

Emily: It’s actually very normal at the moment, just having to wipe mud off my kids and doing day to day things.

CD: Does any of the mundane find it’s way into song?

Emily: It can do. But you know, art that reflects life is always good, you have to work a bit harder to make the mundane interesting. Maybe writing a song about some guy who fucked you over, or something. Harry has a regular life, and he lives the same life that I do, so we find a rhythm to keep ourselves from fighting.

Emily: Communicating through song? No, but interesting, we could experiment with that- live purely through song. You’ve definitely planted a seed there…

CD: The upcoming Peninsula Picnic has a lineup featuring Hayden Calnin, The Waifs and Paul Dempsey who you’ve played with previously, can you see any on-stage collaborations happening?

Emily: I would love that! You kind of wish that would happen more in life, but often when you get to a gig they’re quite down to business a bit. I don’t imagine I’ll be jumping up with anyone, but it’ll be really nice to see Paul, we had a really fun time singing Hall & Oates (Out Of Touch) on Rockwiz, and we’ve toured with The Waifs before and it’ll be lovely to hear them. With all that wine and cheese, and good people, it’ll be a family picnic!

CD: So you bring the kids along to your gigs and festivals?

Emily: Oh yeah, we just pack em’ up and put them in the car or plane and we just take them with us. 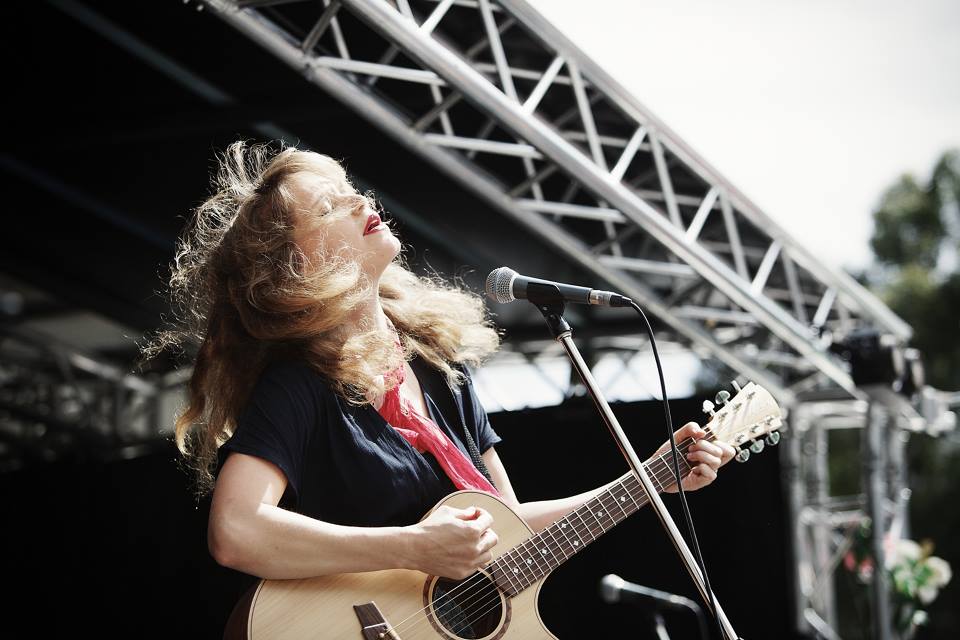 CD: Harry and yourself are very talented people, have the kids started exhibiting little musical traits or turning into prodigies?

Emily: Not really, we’re hoping our kids are sort of, you know, average, just because we’ve decided we’re happy and touring…it can bring a whole lot of stuff into it. We’re hoping for carpenters or electricians really. You know, something useful, IT or an accountant because we could really use that in the family. We’re not encouraging the arts too much, just kidding-Â Louie our three year-old has his own little drum kit he plays a lot, much to our delight and dismay. I don’t know why we bought him a drum kit out of the things you buy children, but hey, he shows an interest. At the start we thought ‘Oh, so cute, it fits him!’ and our drummer has played it and has gone ‘This is actually a pretty good kit.’

CD: I guess if you come home to a child prodigy at age six..well what can you do?

Emily: Yeah, well I think people tend to follow the things they have around them, and our kids have a likelihood of being inspired in that field which is great, because it’s a great life. It’s not easy to make it work sometimes but I would definitely recommend it to my kids, even though I still want them to be an accountant!

CD: I think an accountant would prefer the touring life!

Emily: I just find those types of jobs so exotic. They’re kind of more interesting in a way, even though they might say differently.

CD: Although speaking of being inspired my music, I did see that you recently got a 1964 Gretsch Guitar…

Emily: Yes I did, and that’s been very fun. We’ve been writing and recording new albums in the last few months as well, and that guitar’s kind of influenced us in a way. With this new recording we’re kind of returning to our folky roots, not a huge departure, but the last album was a bit more heavily produced and with this album we’re keeping it quite folky. And this guitar- we play through a beautiful valve amp, it sounds really warm and yummy. It’s really dictating the sound of where we’re going which is this ‘dark folk.’ It’s been lovely.

CD: Elvis actually had the same guitar and your song ‘Lonely People’ features him in it, was the Gretsch then a milestone for you?

Emily: I didn’t actually think about Elvis when I was buying the Gretsch! Yeah, certainly that warm vintage sound is inspiring me at the moment.

CD: Maybe you could pull off a few Elvis covers on his own guitar in future!

Emily: Oh, I would love to. Maybe we will, and you’ve planted another seed.

CD: Feel free to contact me if you’re ever stuck on ideas.

Emily: Oh, if I ever have a lack of inspiration I’ll call you for sure!

CD: Last question- If there was ever an act in history or a more contemporary band, who would you jump up on stage to play with?

Emily: It would be……I’m so bad at these games, I can never think of…wait…..It would be be…..Maybe…Gillian Welch. I think, I think I’d like to be her as well. It wouldn’t be me on stage it would be her. And I’d just be singing her songs every night and that would make me happy.

It sounds very much like Emily and Tinpan Orange are working on some new material currently, but find their previous tracks below: