Emily Rink - The Artist You Must See Live

If you’ve been following Emily’s music journey it’s a known fact that she has been tearing up the Australian music scene.

Releasing her latest single, ‘How It Feels’ back in March this year proved how much growth she has had as an artist.

From her studies at JMC academy, to where she is now, it’s evident that Emily has progressed immensely on her journey in the music industry.

Her first single, ‘She Doesn’t Know’ which has 33,468 streams on Spotify is the final product of what started off as a fun collaborative session with a producer/friend.

Soon after, Emily released her second single, ‘Restless’ which was her first song played on the radio and got her foot in the door. This was to be a small taste of what could possibly lay ahead for her.

She’s no stranger to performing gigs around Brisbane and this one, in particular, displayed Emily’s genuine passion for music and her incredible talent.

Emily came out to perform her latest single, ‘How It feels’ as well as some of her other work and an array of great covers.

Accompanied by a stellar band, Emily’s pure talent was shown on stage. 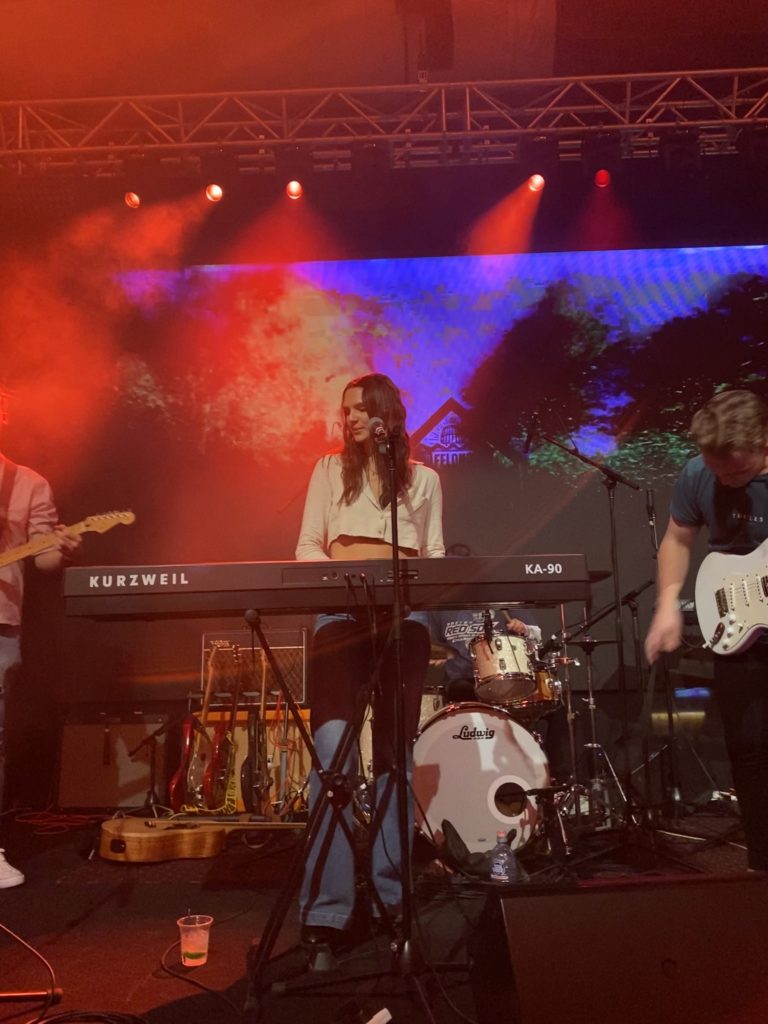 She was the second opening act for the night and stunned the audience with her angelic voice and good vibes all around.

The crowd was up on their feet towards the end of her set. Emily was sure to create a fun and thrilling environment.

The crowd was left stunned by her musical gifts and it was incredible to witness a young up and coming artist.

Emily is definitely an artist you need to keep tabs on, as she is sure to continue to excel at what she does best.

Be sure to follow Emily’s music journey and take the opportunity to see her at her next gig.