Relatable humourist and stand-up comedian Emily Tresidder, is more than meets the eye. We recently had a chance to chat with her about the comedy scene, the struggles she’s faced, and of course her forthcoming show “No You Hang Up!”

Emily Tresidder has been lighting up stages from Australia to Edinburgh for years, with a style all her own. In her own words, she describes her performances as “Funny, relatable and interactive, but not in a scary way.” The interactivity in her performances are the most intriguing elements, with relatable topics, her main targets become personal anecdotal experiences, and this makes her shows feel more like making friends in the world’s most intimate pub or bar than a stand-up performance. 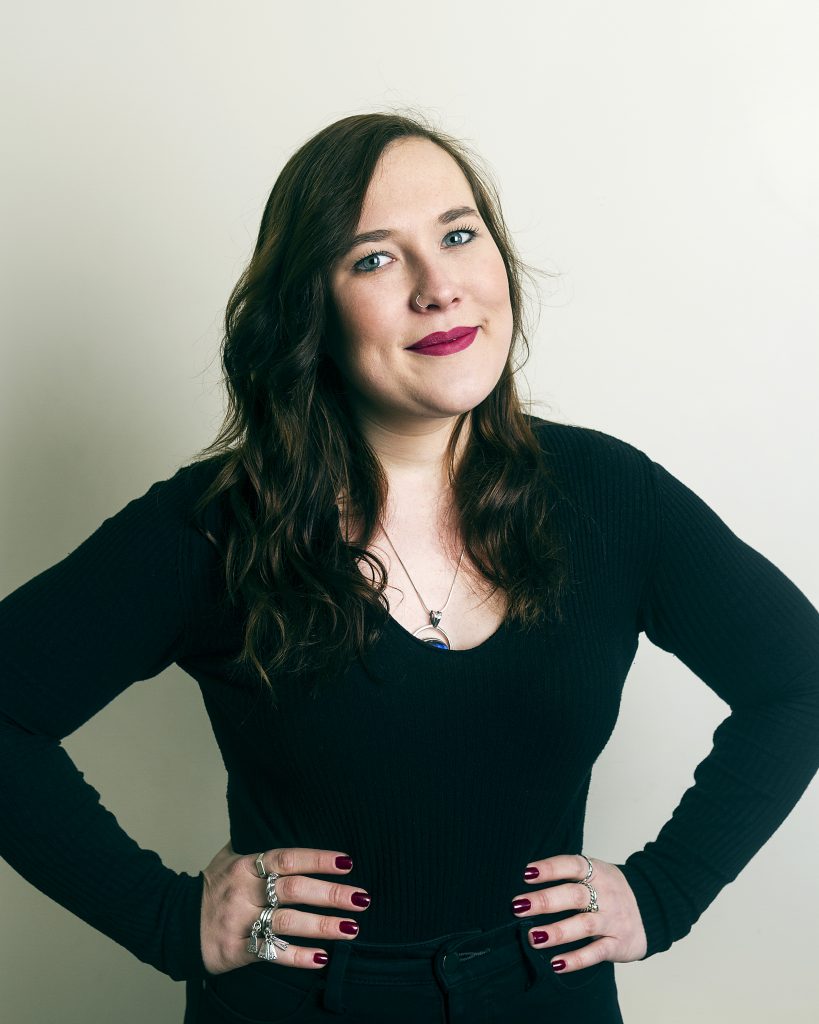 As Emily is no stranger to the process of breaking into the comedy performance scene, we couldn’t help but ask for her personal advice for helping up-and-coming comedians or those even passingly curious about pursuing a comedy career.

“I would say, find your voice, I think that’s the most important part of stand-up, or comedy generally…not a lot of people will start stand up and find their voice straight away, but I think it’s really important that you find what your brand is, or what your voice is…I think once you find that, you can start being organic, or true to yourself…trying to emulate someone else is not going to get you very far, but being true to your own self and the way that you’re going to represent yourself is really important … So, I think there is definitely something to be said for ten thousand hours becoming an expert, you do need to take time to really master the craft.”

Emily’s new show “No You Hang Up!” has already received high praise from a number of publications, and relates to the little hang-ups in everyday life that drive everyone mad, and the frustrations that, in Emily’s own words “…kind of consume your mind, like not being able to find a car space, people chewing loudly or people walking slowly”. 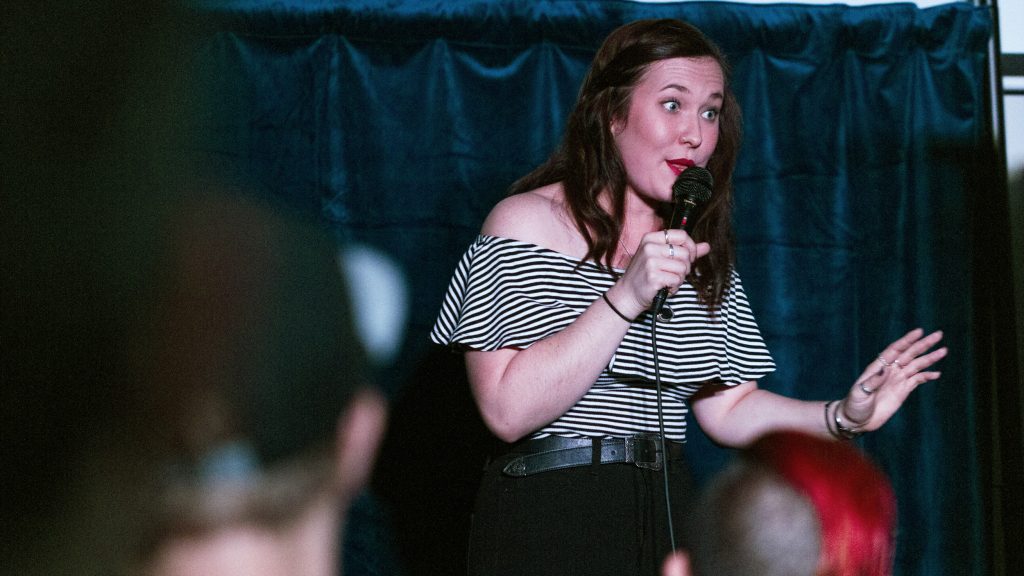 In relation to her previous show “Not Your Ex” which she performed during the Melbourne Comedy Festival just last year, we queried Emily if there was any advice she would give to single people looking for love.

“Very similar to the stand-up question, just be yourself, if they don’t like it, forget them, if they do like it, wonderful, live happily ever after. I think too many people in relationships or looking for relationships will mold themselves into being something they’re not, and then eventually that facade cracks, and you’re screwed.”

Emily has been influenced in her comedic career by universally acknowledged female comedians, known for their tenacity in empowerment of women in not only comedy but also all walks of life, “My aspiration would be to work with Tina Fey or Amy Pohler, they’re not necessarily stand-up comics, but to be able to work with them … would be amazingly dream come true. I would love that, there are so many international artists, that would be awesome to work alongside, but those two women have been super inspirational to me for my entire life, even before I started stand-up.”

The style of comedy this has helped inspire is “longer form anecdotal stand-up, it’s not one line, it’s more, longer form, and I would say that part of my brand, my unique brand of stand-up would be that I do, do interactive stuff, so I really enjoy riffing with the crowd, and making sure that every show, is personal to that crowd. If you come on a Tuesday,  that’ll be them getting obviously the same jokes, but they get to interact with me in a way that the Wednesday crowd won’t get to, so it’s really fun, and ever-changing which I like.” Which in itself is something quite unique in an industry of seemingly endless joke-throwing comedy, with little to no audience interaction outside of gauging a joke by laughter or applause, and is refreshing, to say the least.

Out of sheer curiosity, we pondered what amuses or entertains a comedian beyond their involvement in the comedy scene “I love Marvel, so the new Jessica Jones has just come out, so I’ve started watching that. I also love all of the prison shows on Netflix, like Behind Bars and Lockup. Criminal Minds is probably my favourite show of all time. I like criminal dramas, and also documentaries about criminals.” As well as what kind of animal Emily would be if she could be one, a call back to one of Emily’s own past jokes “I reckon I’d be a turtle because I think they’re really cute. Not a big turtle, but one of those medium sized turtles … like Squirt from Finding Nemo, I think that’s super cute. But also, if I was going to get heavy about it, they’ve got a harder surface, but super cute and potentially cuddly” 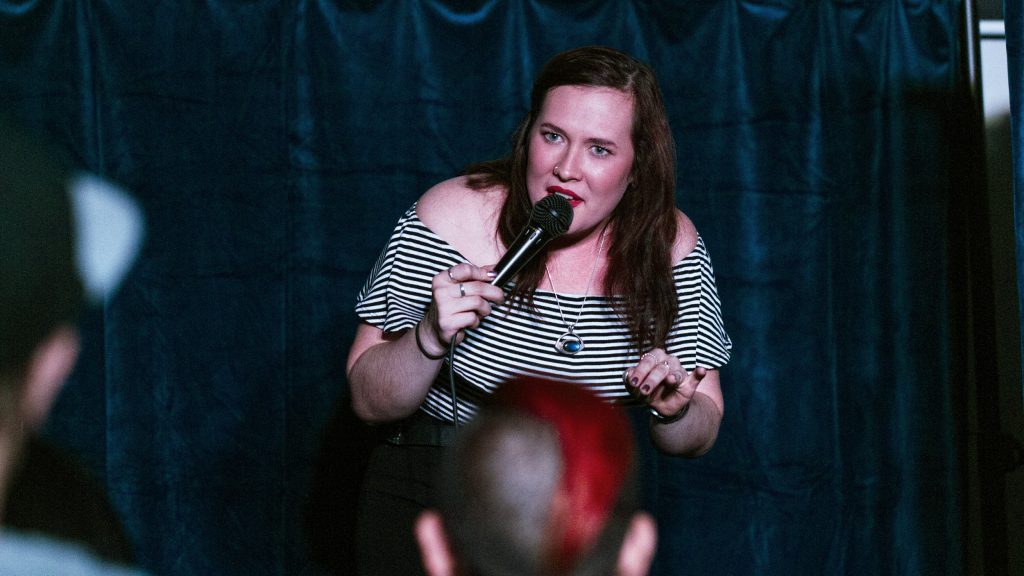 We finished the interview by asking if Emily had any parting wisdom that she would be willing to share. “Well, I guess in the spirit of my show, like if anyone was going to come and see my show, I guess the big take away from that would be, that we get irritated by things really easily on a day-to-day basis, and like do it, because you’re human, and we’re only human in getting annoyed by little stuff like that. But I guess the show is an effort to be like “yeah, cool get annoyed with little things in your life, but I think it’s also really important that we enjoy it”, so get annoyed, but try and get over it as quickly as you can, so that you can go and live your best life.

I guess that’s my piece of advice, go and live your best life guys, whatever that may be.”

THE DETAILS:
What: Emily Tresidder: No You Hang Up!
Where: Sit Down Comedy Club | Brisbane, QLD
When: Saturday, March 24th
How Much: $25
Website: Here
More Info: 15+

Festival Fashion on the East Coast