End of an era Mercedes-Benz Fashion Festival Brisbane: High fashion comes at a cost, but to whom?

TCI investigates why the end of this era highlights an important question that all artists have to keep in mind â€œIs it sustainable?â€

With Premier and Arts Minister Hon. Annastacia Palaszczuk announcing that the State Budget for 2015-2016 will deliver $173 million in funding for the arts, it came as a shock that the Mercedes-Benz Fashion Festival is over.

Festival Director, Lindsay Bennet said, â€œSince 2006 the Fashion Festival has promoted the local fashion industry, supported emerging designers and showcased a world-class runway event involving some of the biggest names in Australian fashion. The Festival cost well over $700,000 to stage last year and to maintain the integrity as well as evolve the event going forward it needs significant support. Queensland is the only state (except Tasmania) that does not have Government backing and to continue without it would mean a scaled down version that ultimately would not be showcasing Queenslandâ€™s creative industry to its maximum potential.â€ 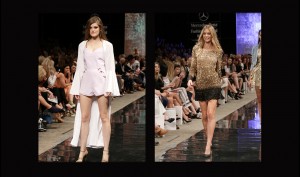 The QLD government could not ignore the total cost of the event despite that in 2015, 500 people were employed as a direct result of the festival, including 180 models; 250 volunteers were engaged; and 101 room nights were booked for interstate guests and crew.

Brendan Connell, government spokesperson released this statement to TCI yesterday.Â â€œSuccessive governments have been sponsoring the event since 2006. Most recently, and through successive governments, the organisers have been urged to develop a more sustainable funding model for the event so it can become self-funded and to work closely with Tourism and Events Queensland to develop strategies to grow the event nationally and internationally.Â We recognise the importance of a Brisbane Fashion Festival, but it should be financially self-sustaining. Any Government assistance should be minimal.â€

The seeming mindset of the government is ‘If Mercedes-Benz will not commit to financially floating their namedÂ event, then why are our tax-payers required to foot the bill?’ This overlooks the fact that it without the Mercedes-Benz logo, acquiring big names in the industry to partake in any fashionÂ event would be difficult. Mercedes-Benz also assists in promoting the event on it’s popularÂ website, wherebyÂ far reaching coverage ofÂ our local designers and models can be achieved. In the past the BrisbaneÂ fashion festivals galleries were showcased along side of fashion hot spot cities likeÂ New York, Berlin and Tokyo. Removing Brisbane from this international event, that has spanned for 10 years, is seen as removing the most accessible and largestÂ stepping stone for our local talent toÂ break into theÂ international fashion arena. 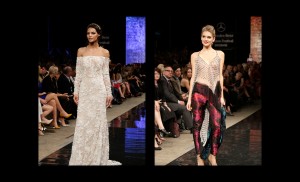 The consumer-driven event was designed to drive fashion retail for Queensland by showcasing Spring/Summer collections as they arrive in-store. It connected businesses with consumers and provided a boost to sales. The Festival was a vital platform for emerging designers to present their work alongside the best in fashion, as well as opportunities to mingle with industry insiders and gain high-profile media coverage.

Professor Suzi Vaughan, Deputy Vice Chancellor at QUT has been on the Advisory Panel of the Fashion Festival since its inception and says the loss of the Festival will leave a massive hole in Queenslandâ€™s cultural calendar.

â€œI have seen first-hand the many ways the Festival has created opportunities for the industry, and the myriad of ways it has engaged, revealed and celebrated emerging local designers as well as established Australian talent. It has helped put Brisbane on the map in terms of fashion and created a sense of pride in our home grown designers. Itâ€™s been a huge privilege to be involved and itâ€™s with real regret that I see it disappear.â€

On an optimistic note, with the expiration of this event comes the opportunity for Brisbane to create something new that is viable and self-sufficient to showcase our local talent. However, as the QLD government continues to cut away at avenues for artists, such as the introduction of lock out laws,Â the fear among the local fashion industry is that there won’t be anything of this magnitude for a long time, especially without government support. This fear is not without grounds as the discontinuation of this years fashion festival is a showing an example that local government does not place fashion high on it’s agenda.

A raw chat with the chicks from Nutri Hitt

Her Busiest Year Yet! An Interview with Singing Sensation Christine Anu