The eight-time ARIA award winners are back with new track ‘Say Something’ and we caught up with frontman/bassist, Kav Temperley to chat about what ended their hiatus and what’s on the horizon.

It’s been seven years since we’ve been able to say the phrase “new music from Eskimo Joe!” but now the moment is finally here, and the timing couldn’t be more appropriate. Eskimo Joe have described ‘Say Something’ as being about hope, and what it means to be a humanitarian, a message that has found even greater meaning in the past few months.

The Creative Issue: Eskimo Joe were a bunch of indie-rock kids when you put out ‘Sweater’ in 1998, now after 22 years and six studio albums, does releasing new music feel completely different or are there still nerves and excitement?

Kav Temperley: There’s always a sense of something exciting every time we release new music, that feeling never gets old. With ‘Say Something’, we are really proud of the message behind the song, so if there were any nerves going into this release it was more to do with that we are stepping in to a space we’ve never been before – writing a protest song – you really need to be 100% if you want to go down that road because some people are going to love it, and some people are going to feel uncomfortable.

TCI: At what point did you all decide to write and release something new?

KT: The moment where we realised that we wanted to make music together again was during the Symphony Orchestra shows that we performed around the country. It was the first time in a long time that we all felt nervous stepping onto stage, we would be looking at each other while a 78-piece orchestra played behind us with a look on our face of “Don’t fuck this up!!”. The whole experience really reinvigorated our love for our back catalogue and our love for each other, and now a year or so later here I am talking to you.

TCI: You’ve all been doing different things within the industry while you took a break from Eskimo Joe. When you all came back together did you find that your approach to songwriting had changed at all?

KT: There was definitely less baggage, less of feeling like I had to be right. We had always had an approach in Eskimo Joe that it didn’t matter who came up with the idea as long it was the right idea, and after sinking my teeth into some other creative projects I felt a lot more relaxed about my creative ideas, like I had nothing to prove. It was back to where we started, which was “Let’s try and write the best possible song we can”. 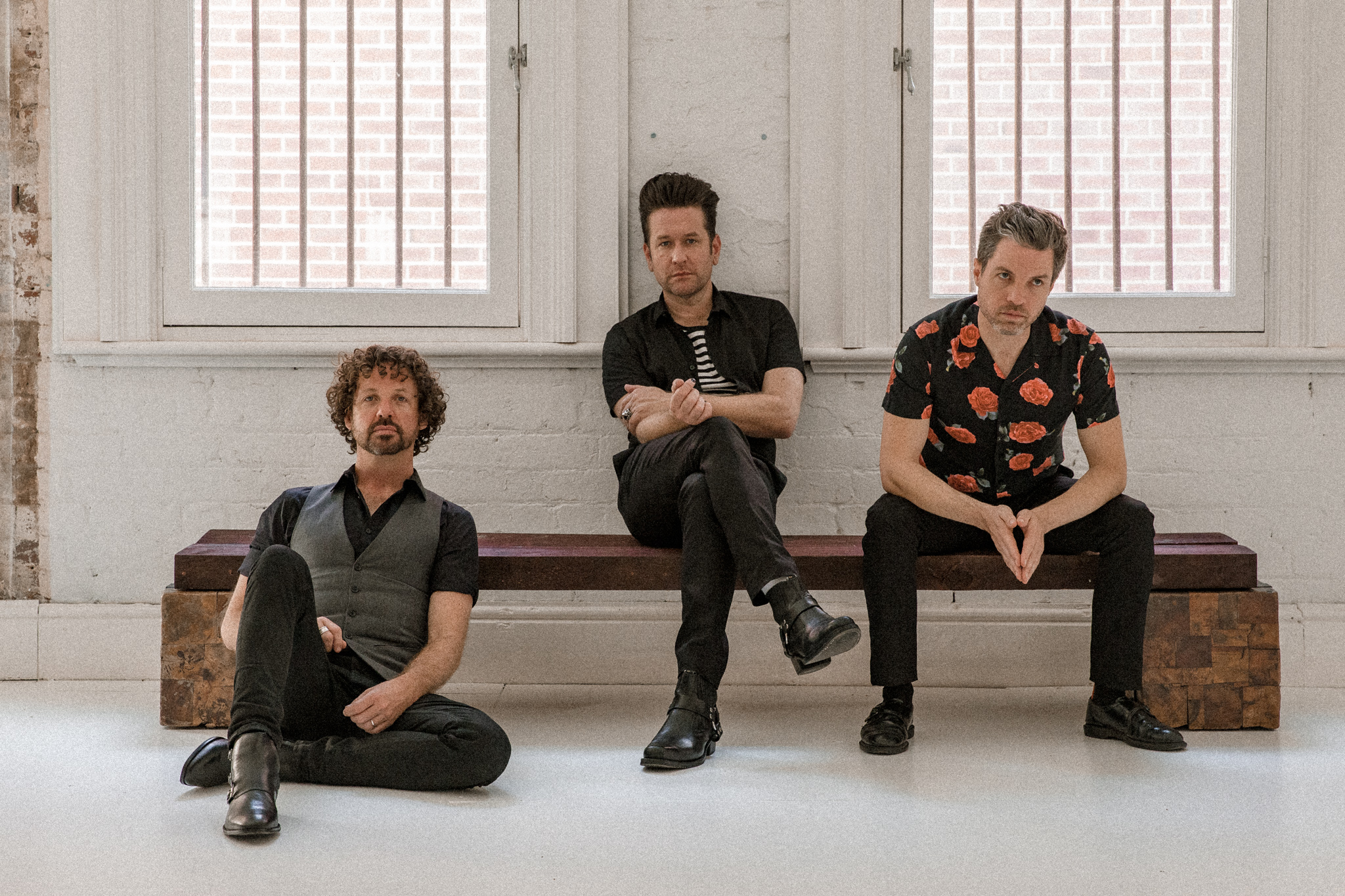 TCI: The lyrical themes of the song are so powerful and resonate so strongly in modern society. Can you tell us a little more about the inspiration for the song?

KT: I was initially inspired by all the climate change activism that was going on in the world a year or so ago. I loved how it was the youth who were making everyone sit up and listen. But by the time we recorded the song in February of this year the song had evolved into more of a statement about being a humanitarian and treating each other and the world with respect. We are not trying to preach, we just want to inspire people to start a conversation.

TCI: Where did you draw sonic inspiration? What music has been in high rotation in your earphones for the past seven years?

KT: Strangely enough it’s been Eskimo Joe, we just spent the last year re-releasing our back catalogue on vinyl and releasing all of the B sides and demos. If you ask most bands they will tell you that they don’t go back and listen to their own albums once they are done, you’re usually moving on to writing the next album and it’s all about the new sound. So this was the first time in a long time that I had listened to all our records, and with a bit of distance I was able to just relax and enjoy all the imperfections, instead of thinking of how I could have done things better. It was lovely and very inspiring.

TCI: ‘Say Something’ sounds massive. It feels a lot like the same heart of Eskimo Joe but with a 2020 twist to it. Where do you feel it fits into the Eskimo Joe “sound”?

KT: We’re a lot more at home now with who we are as a band and less obsessed with what’s cool and how we need to innovate and keep up. With all of our music we never want it to sound retro, but always like it’s coming from the future. I think the main difference now is you’ll see more songs that are coming from a social conscience and fewer songs about love gone wrong.

TCI: Keeping with that thread of thinking, does having already released six studio albums, and all of the success that went with them, give you a greater sense of freedom in what sonic direction your new music progresses? Or does it feel like there is an expectation, whether it be from fans or critics, to follow a certain path?

KT: I think that there is certain formula that happens when the three of us walk in to a room. We are never going to be an electro band or a folk band, we are just who we are and there is a liberty in accepting that. Sometimes, great songwriting comes from when you give yourself fewer options, not more.

TCI: Do you think we’ll be lucky enough to be saying “New music from Eskimo Joe!” again in the near future?

KT: I really hope so, at this point Joel is stuck in Victoria and for at least the next six weeks it doesn’t look like he’ll be going anywhere. in the meantime, I’ve got a bunch of songs ready to go, but until we step in to a room with each other they will remain sounding like a melancholy guy on a piano, not a stadium rock extravaganza. But I think you’ll see another tune from us by the end of the year.

5 dresses for the modern bride