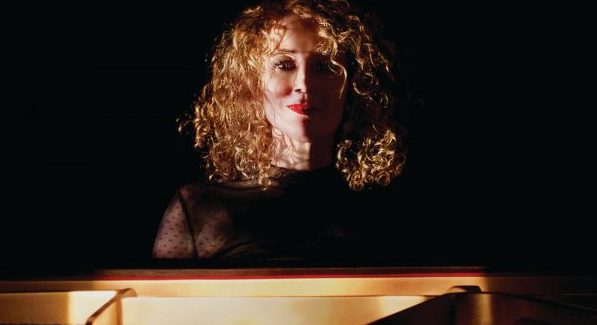 We recently caught up with Gabriella Smart, who took to the stage for this year’s Brisbane Festival with a stunning performance of Alvin Curran Inner Cities.

For Smart, her love of music is long-standing and has blossomed into a fruitful career involving artistic collaboration, performance and the establishment of her own ensemble.

“There is a saying that one doesn’t choose music, music chooses you. Playing the piano is something I have always needed to do. I began with rigorous classical training, for which I am forever grateful,” Smart explained. “But my true passion began when I discovered new music early on, the joy of experimentation and improvisation. Then, of course, I had to find ways to make the performances happen and to invite my favourite collaborators to Adelaide, so I established Soundstream New Music in Adelaide in 1993, and haven’t looked back.”

“My performance of Inner Cities comprise eleven of the existent fourteen pieces. Alvin commenced No. One in 1993, and finished No. Fourteen in 2013,” she said.

“The narrative of Inner Cities unfolds over five hours with the same visceral intensity as a desert landscape, revealed in all its beauty, brutality and rawness. It is at times uncompromisingly brutal; in No. Ten for example, the pianist is instructed to improvise as fast and as loud as possible, on the edge of being out of control, and leading to total exhaustion. But the work is also rich in delicate sounds, as in No. One, where one note becomes a profound transition over a gently unfolding landscape.”

“In Inner Cities, single ideas are unravelled and revisited at the thoughtful, immersive pace that is so alien to contemporary culture. The unfolding beauty of each moment is all there is, like a flower opening itself to the world. It is music that musicians love to play, revealing itself as much of a meditative and immersive an experience as it is for the audience.”

With the many ups and downs of 2020, Smart describes the year so far as a ‘roller coaster’, however, she explained she’s been able to find a silver lining amongst the chaos.

“Like many artists with busy national and international performance schedules, it was a rude awakening to come to an abrupt halt,” Smart said. “2020 is the first time since I began my career, that I haven’t performed live for months. Yet out of the chaos has come a new appreciation of my musical life; performing is actually just the tip of the iceberg. It’s been a privilege to delve into a deeper creative process borne of isolation.”

For artists like Smart, the opportunity to perform live comes as a welcomed rarity.

Smart said, “I have so missed the positive energy of my audience, and I am SO excited to perform one of my favourite pieces of music to a new audience. Thank you Brisbane Festival”

You can listen to and watch Gabriella Smart’s music on her website and through the Soundstream website.