In a world where, lately, it seems life is a circus, what can we do as people to help calm things down or calm ourselves down? Why run away with it, of course.

Perhaps not literally, but we can still be allowed to dream, and naturally the next best thing is to go see the circus. At Brisbane’s Northshore Hamilton in 2020, the Cirque du Soleil is bringing its 35th show since the 1980s – 21 years since ‘Le Cirque’ first touched down in Brisbane. What more can be said about such a prestigious institution? We at The Creative Issue managed to sit down with one of the members of the creative team behind Kurios – Artistic Director, Rachel Lancaster – and chat about all things circus.

So we began with ‘why Kurios?’ What makes it different to the shows preceding it and how will it be relevant in such a dynamic age?

“I think what makes this show particularly interesting is that Michel Laprise, who wrote the story of Kurios and was one of the original conceptors for the show, really wanted to approach things in a different way. So the show began with a very simple tag line, almost, which followed through, all the way through the show and it’s the idea that ‘anything is possible’. So this became a running theme for the show both for the story of the show, the talents of the technical [and artistic] team building the show.”

“Kurios is a very magical show, it’s set in an historic period, during the Industrial Revolution, and all the way through the show it references many things. During this period of time society changed completely. People moved into cities, travel became possible and more accessible to people. With the evolution of these things people’s perceptions of boundaries of spaces of countries of continents – all of those things shifted.”

“It changed people’s perceptions of where their horizons were. And I think the thing that makes it relevant today, is even if you read dialogues and conversations with the first people who went into space, and now obviously, Space travel is such a big thing and such a current thing in our current world, just being able to see the world from that viewpoint of one complete globe, not individual countries, not individual religions that disagree, it just changes people’s perspective and offers different perspectives, and I think in that sense, its message is very relevant.”

Australian audiences are known for their generosity, humour and above all their insatiable desire for something new. Wanting to know where the show stood with those in the past we posed the question, ‘how will Australian’s receive this particular edition of Cirque du Soleil?’

“Well it has all the key features that you would expect in any Cirque du Soleil show. It has incredibly high-level acrobatics and very highly evolved artistic performances. What we are very lucky to have – unique acts that you can only see under our Big Top. It has the ability within our shows to take the moments of huge, breath-taking moments in our Acro Net act [with] the acrobats performing, they have the highest and longest air-time of any act in Cirque du Soleil.” 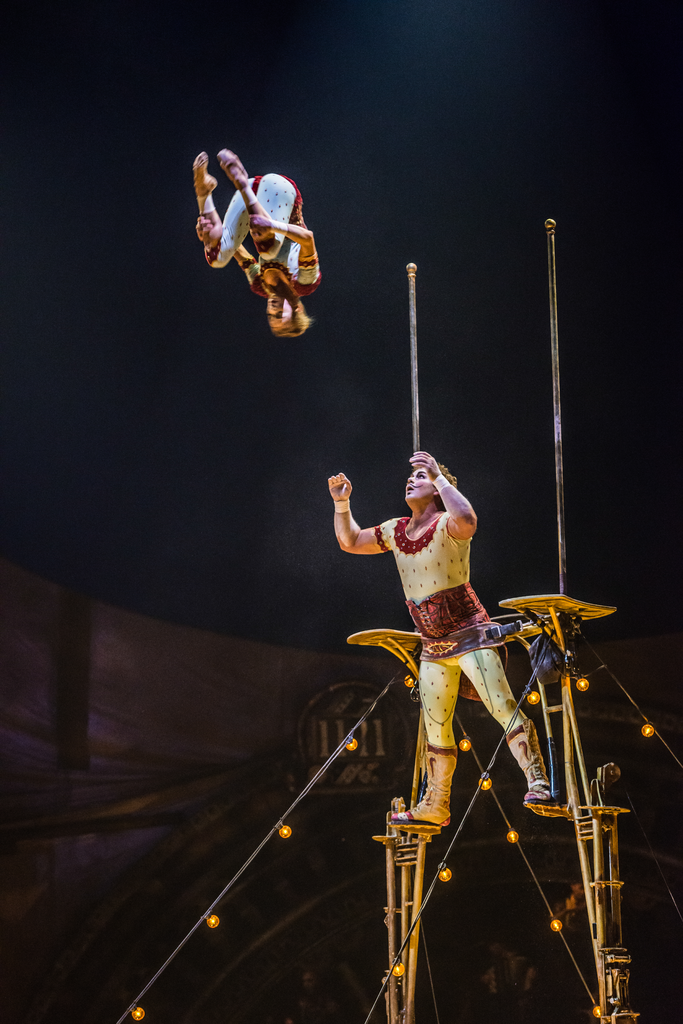 “So we go from this act that…creates the whole Big Top to something incredibly intimate that – the intimate act is called Continent of Hands – but it’s an act that’s built around hand puppetry and to be able to sell  a Big Top with something that’s a simple and as small as that, you’re constantly pushing and playing with people’s perspectives.”

With Rachel going on to say that Kurios is the “highest critically acclaimed” Big Top show in the history of Cirque du Soleil, we wanted to know how it was received in other countries.

“We’ve been in Japan for almost eighteen months, performing a very busy show schedule but in Kurios’ lifetime…today [March 22nd] our first show will be Kurios’s 1859th performance. In Japan we perform over 400 shows a year, the volume of shows is much higher against other markets. We normally perform eight or nine shows a week and here it is…ten all the time.”

But how does a circus actually work? Say the word and it evokes image upon image of twirling fire batons and heads in the mouths of lions or a ringmaster cracking their whip, and countless others. Rachel went on to assure me the lifestyle is not as extravagant.

“Circus has a lot of unique elements, there’s more similarities than differences to a large-scale big show like a musical production. The way that the shows are actually structured, and run is obviously much more similar. But the specificities and the diversity that’s required for a Cirque Du Soleil is I think what makes it really unique and really interesting. For example, we work with sometimes up to 50 different nationalities within our teams on tour.”

“The Big Top shows are like moving a mini village all the time. When we have a full team we have 130 people plus all their family members and partners. So it creates a very unique and a special atmosphere cause it’s not like do a season and then they leave. We’re very lucky that we still have most of our original cast so people get very close, people’s family members and partners are very much a part of our team and a part of our shows. They’re very much a part of our lives on tour. So I think that’s something that’s very unique about circus that makes it very different from theatre.”

And how challenging is it really to put on a Big Top Circus? Whilst Rachel’s explanation covered some of the challenges, you really have to think that there are more out there. 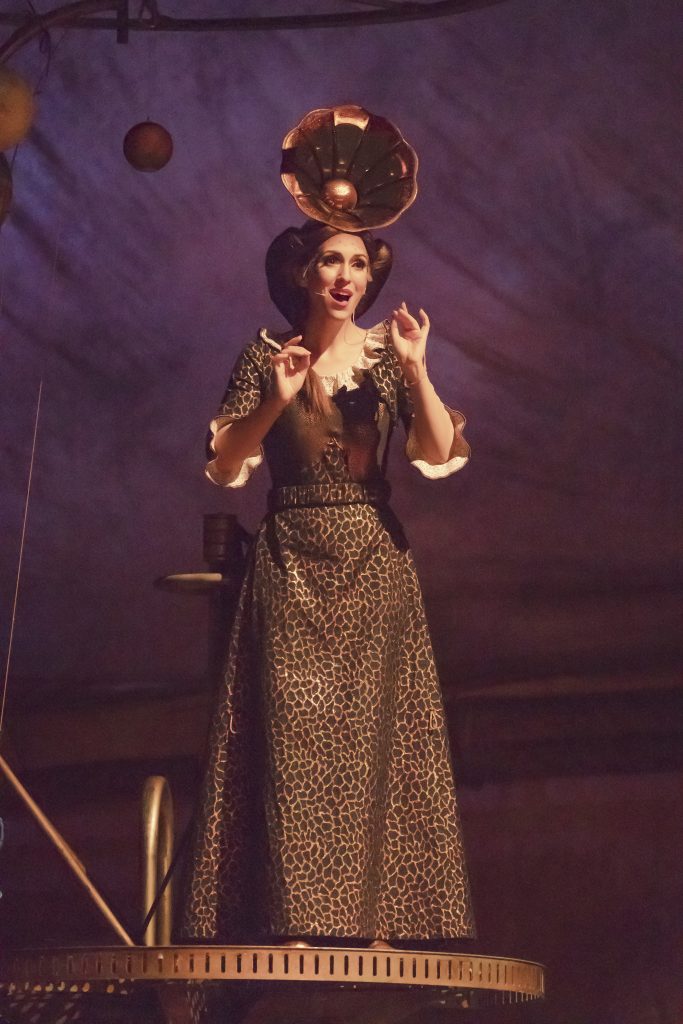 “I mean I guess the challenge is creating the environment to keep the show at the level that we want it to be all the time. We’re very lucky in our Big Top, we have a backstage area, we have an area called the Artistic Tent, where we have pretty much a set up for every single acrobat…that’s going to be on stage. So…with everything we do, it requires a huge amount of training but also we have to create the right environment and facilities for people to be able to train at the level we need them to perform such amazing things on stage.”

Finally, we closed the interview with a question asking what highlights have occurred for Rachel Lancaster so far in her long journey with Kurios.

“For me, having the opportunity to bring the show into Japan, was a huge highlight. I have been very lucky to work in this beautiful country many times but like Cirque du Soleil is very special for the Japanese audience so to have the opportunity to bring – sort of have the meeting of two of my favourite things this show and one of my favourite destinations to work in was really special and I think for me, one of the biggest things is the relationships and the connections that you make with just the individuals that you work with in this environment.”

“That people have to be so passionate and so inspired about what they doing. It’s an amazing environment but it’s a difficult one. It requires your whole focus and your whole life to be with it to make it successful. And it continues people’s passions, generosity and that…human relationship that you have in that environment, it’s really really special. And I think that’s always my motivation for doing this job and for being here. When you take care of that the result on stage is always phenomenal.”

Tickets have already been released for Kurios and can be found here.