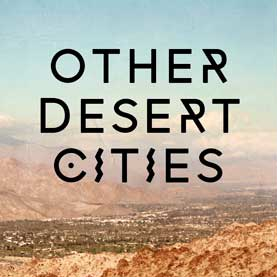 Few things in this life are certain; family dysfunction is one of those rare beasts from which no-one is ever truly immune. 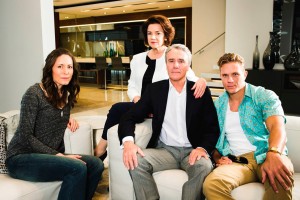 The Wyeths are no different, as audiences of Other Desert Cities will soon discover when the production opens in Brisbane on the 10th of August this year.

Set in sunny Palm Springs, California, the play delves into the lives of a family struggling to understand each other and accept the painful events of their past.

Polly and Lyman Wyeth are staunch Republicans; members of the old Hollywood guard, the couple were once part of President Ronald Reagan and his wife Nancyâ€™s inner circle of friends. When estranged daughter Brooke arrives during the Christmas of 2004, she announces her intention to publish a tell-all memoir that threatens to expose a long buried family secret.

â€œA lot of the drama in the early stages of the play is borne of the political difference, and some of itâ€™s handled very lightly and at times there some great resentment from each side about the otherâ€™s view,â€ explains Janet Andrewartha, who plays the family matriarch in the production.

A self-proclaimed â€œpolitical animalâ€, Andrewartha says she jumped at the opportunity to play Polly when it was offered to her.

â€œI read a book that was written by Nancy Reagan and a ghost writer and that helped me enormously to understand where these women are coming from. Â

â€œAnd I also know a little about the history of the period because when I was very young and at school and at drama school, all that kind of stuff was going on that led to the Reagan era. And obviously the war in Iraq and decisions about going to war in Iraq and Afghanistanâ€, say Andrewartha.

Other Desert Cities is the latest work by Jon Robin Baitz; the play was a finalist for the Pulitzer Prize for Drama in 2012.

Andrewartha is enthusiastic when reflecting on the story. Despite its American location, the actor is in no doubt that the subject matter is something Australian audiences will be drawn to it. 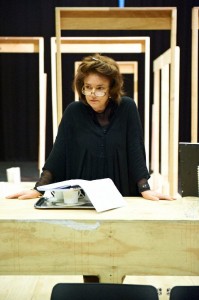 â€œThis is such a popular topic and such a dramatic and unusual set of people under the microscope and because Australia is involved since September 11 in American everythingâ€.

As events unfold throughout the 2-hour play, it seems Baitz has deliberately sought to strike a balance between moments of light and shade.

â€œIts terribly funny… You canâ€™t believe it can get dramatic as it does because its one of those ones that youâ€™re aching because your laughing so much and then you feel the sting â€˜oh godâ€™ and it really hits you in the pit of the stomach,â€ teases Andrewartha.

Featured alongside Andrewartha are father and son duo Conrad and Robert Coleby, Rebecca Davis and Vivienne Garrett. The director is Kate Cherry.

Cast and crew are still busy workshopping the production to have it ready for its Perth premier on the 27th of July. Â The team recently did their first run-through in front of an audience; by all accounts, it was a success.

â€œI think this one is a sure fire hit!â€ Andrewartha says with enthusiasm, before adding â€œAnd I donâ€™t always say that!â€

What? Other Desert Cities by Jon Robin Baitz

Where? The Playhouse, QPAC