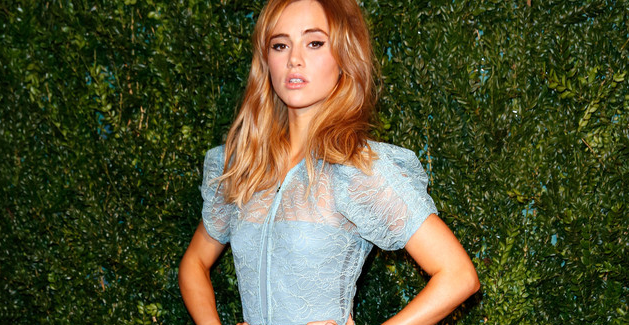 Looking for fashion inspiration for the holiday season can be hard, but this week is filled with gorgeous gowns and party-ready looks for you to re-imagine for your own wardrobe.

It’s been a big week. From the Victoria Secret Fashion Show to the British Fashion Awards, celebrities like Taylor Swift, Rihanna,Â Blake LivelyÂ &Â SolangeÂ wore the likes ofÂ Zuhair Murad, Stella McCartneyÂ and more to the hottest parties and events around the world. See who else made the list below and leave a comment on who was your favourite.

Lady GagaÂ on the streets of New York City 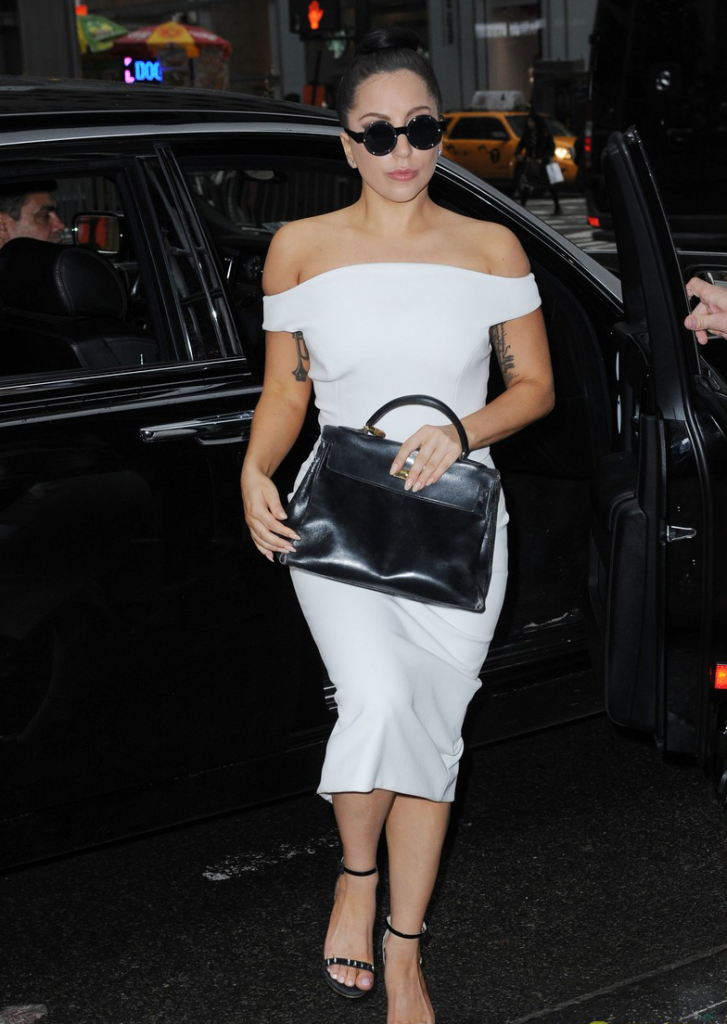 Suki WaterhouseÂ at the 2014 British Fashion Awards in London

Model of the moment Suki Waterhouse looks pretty in blue at the 2014 British Fashion Awards in London. She is wearing a Burberry tiered dress with gold heels and a statement bag. The ombre effect looks gorgeous on her. 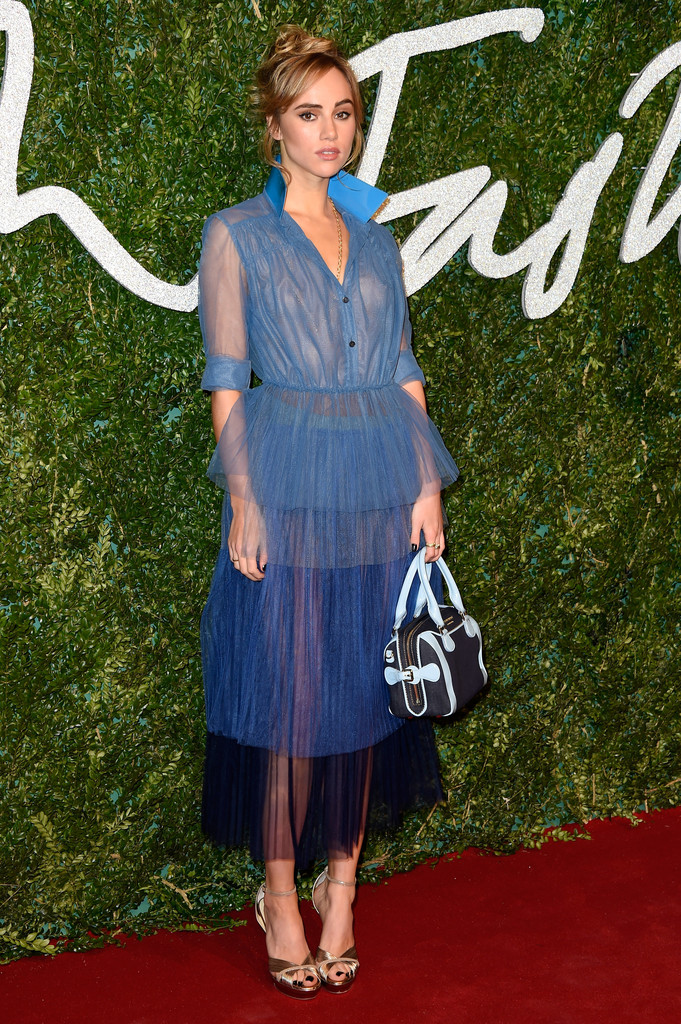 RihannaÂ at the 2014 British Fashion Awards in London

Rih-Rih is killing it! With anticipation building for her new album, Rihanna looks spectacular in Stella McCartney at the British Fashion Awards. The singer paired the oversized blazer with a diamond choker, sheer stockings and black accessories. 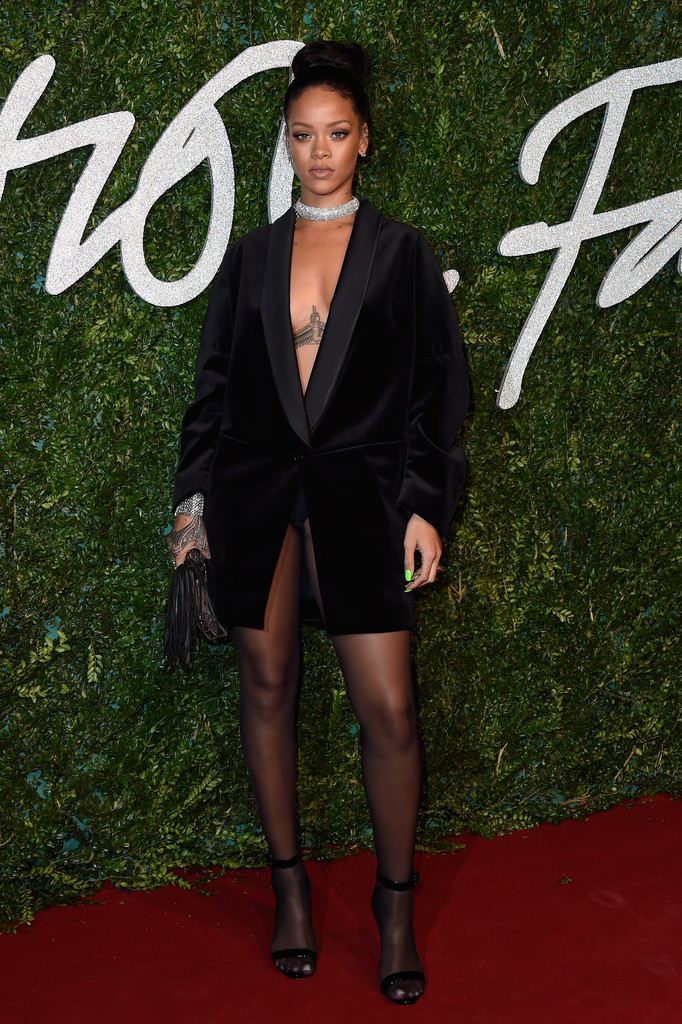 One of the biggest pop star in the world right now is pulling some incredibly looks of late. Taylor Swift performed during the show and hit the red-carpet at the official after party in this glittering Zuhair Murad Fall 2014 gown. Showing some serious leg, this is one of her most glamorous looks yet! 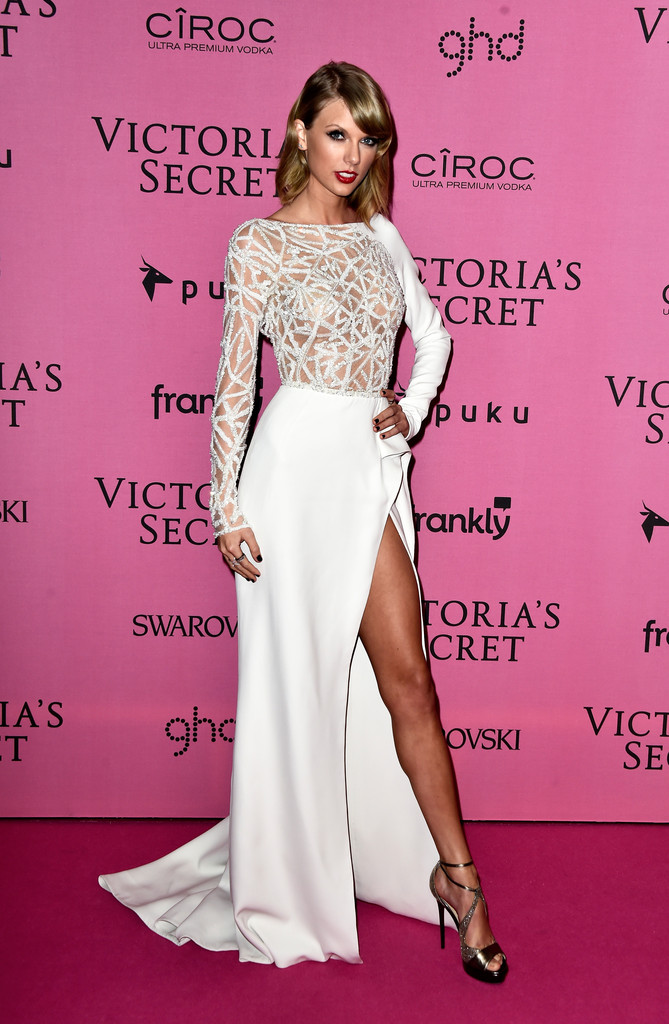 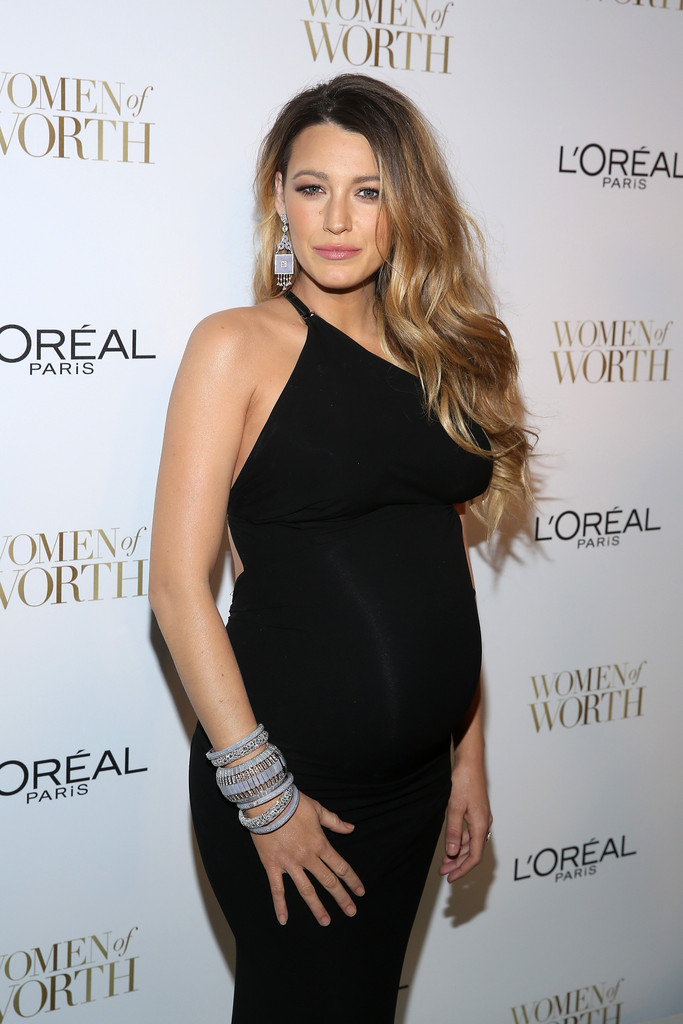 While attending a party at Art Basel, Kate HudsonÂ wears a Paper London blushed pink ruffled jumpsuit. With minimal accessories and a messy up-do, the actress looks relaxed yet sophisticated. 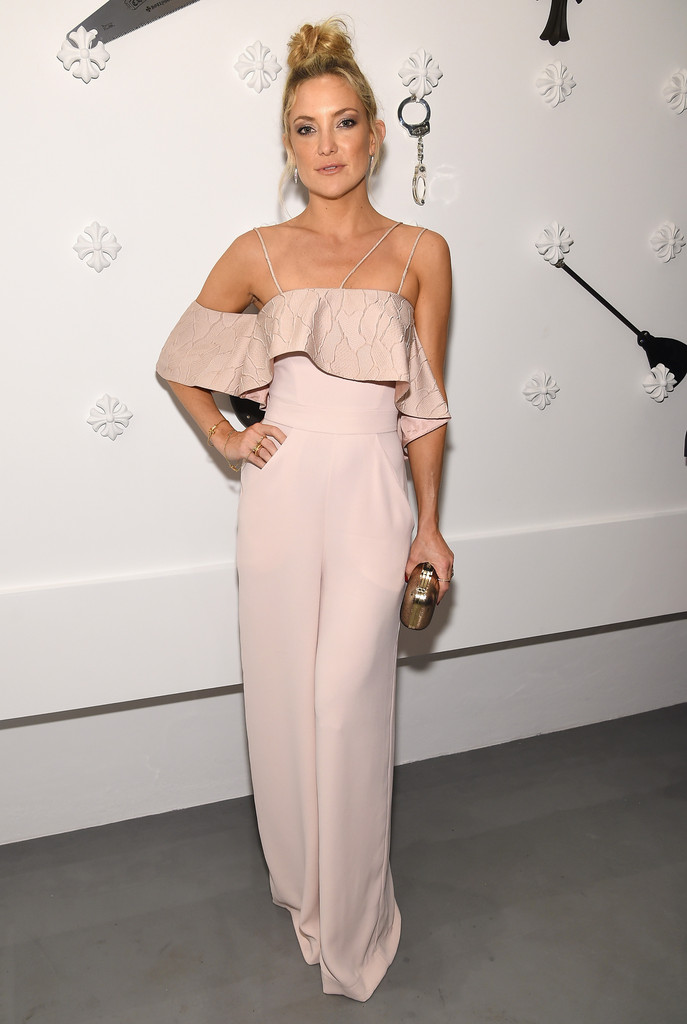 Solange has always had a refreshing and original style and it continues to stun critics. Wearing a pleated & asymmetrical look from Tata Naka Spring 2015, the newlywed paired the dress with statement heels and an M2Malletier bag. 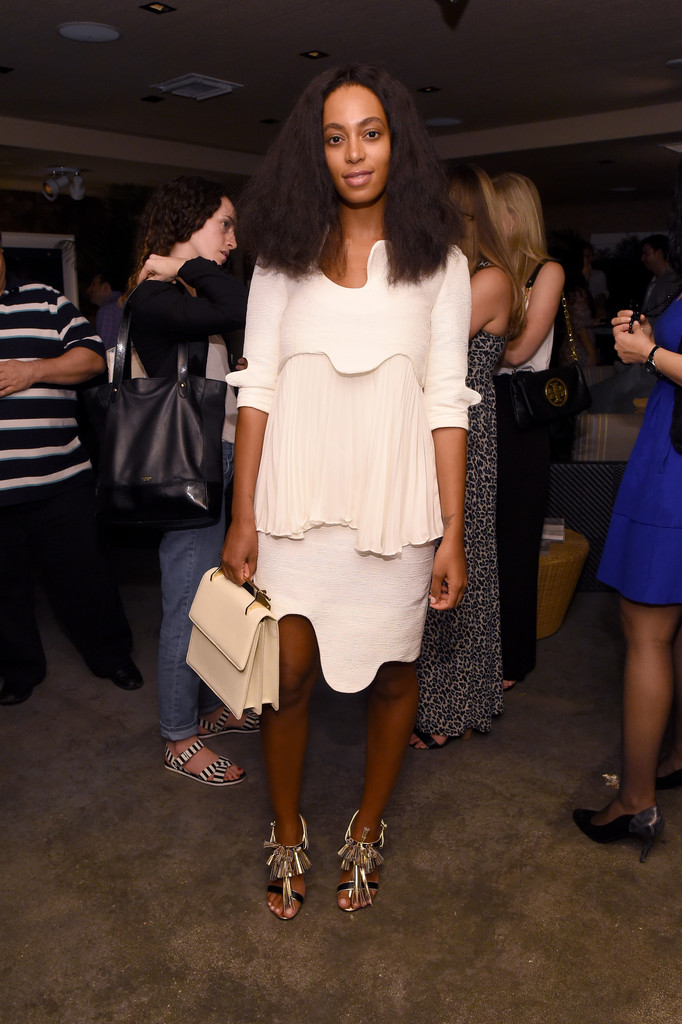 Looking gorgeous in a plunging LBD, Shay Mitchell attends the GQ Men Of The Year Party in West Hollywood. The Pretty Little Liars actress paired the dress with sleek hair, towering heels, a black and white clutch and minimal jewellery. 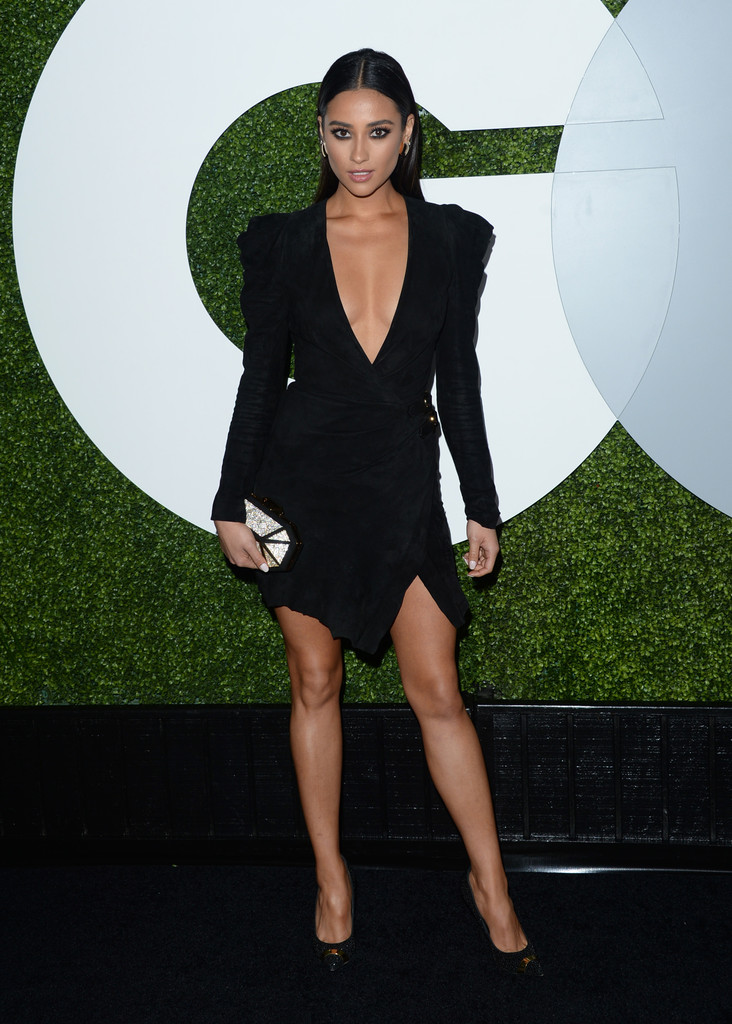