Your weekly fashion round-up is never complete without seeing these fashion moments!

From the Valentino show in New York to the Billboard Women in Music event, this week was filled with must-attend events with the hottest celebs in tow. With Beyonce and Rihanna featured on this week’s list, it’s sure to be fabulous.

Fresh off the runway of Victoria’s Secret, Jourdan Dunn looks sporty chic at the Airball event in Miami. The model is wearing a David Koma dress off the Spring 2015 runway paired withÂ statement neon heels. The pop of neonÂ works well with the neutral colours of the dress. 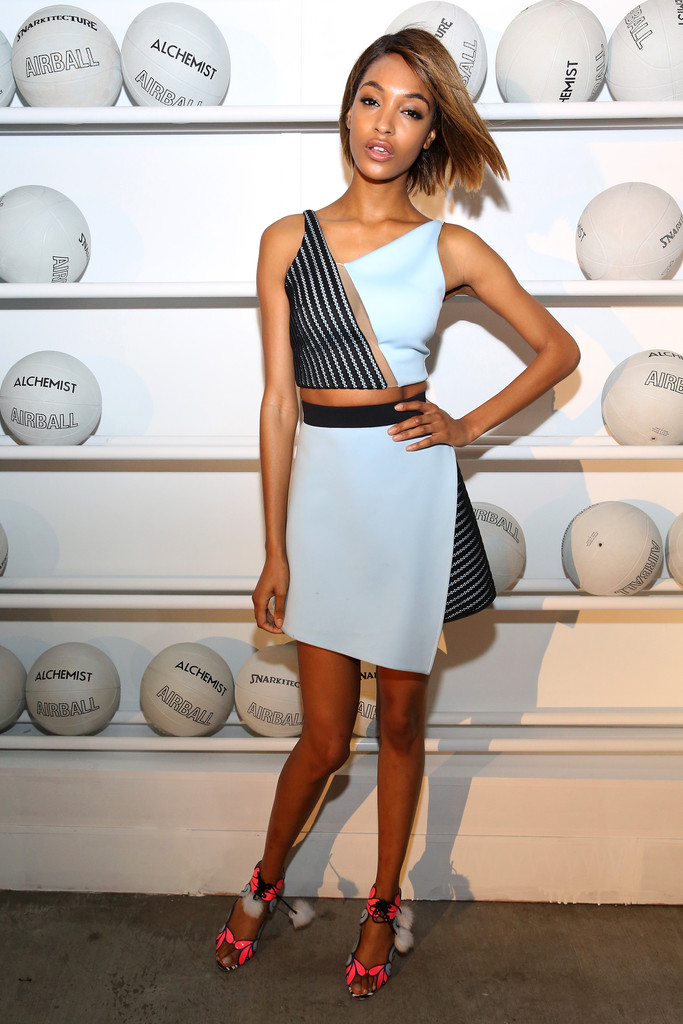 Sporting Dolce & Gabbana, Emily Blunt attends the premiere of her latest film, Into The Woods, in New York City. The Golden-Globe nominated actress paired the floral dress with Louboutin heels, a Tyler Alexandra clutch and Lorraine Schwartz jewellery. The classic up-do goes perfectly with this dress. 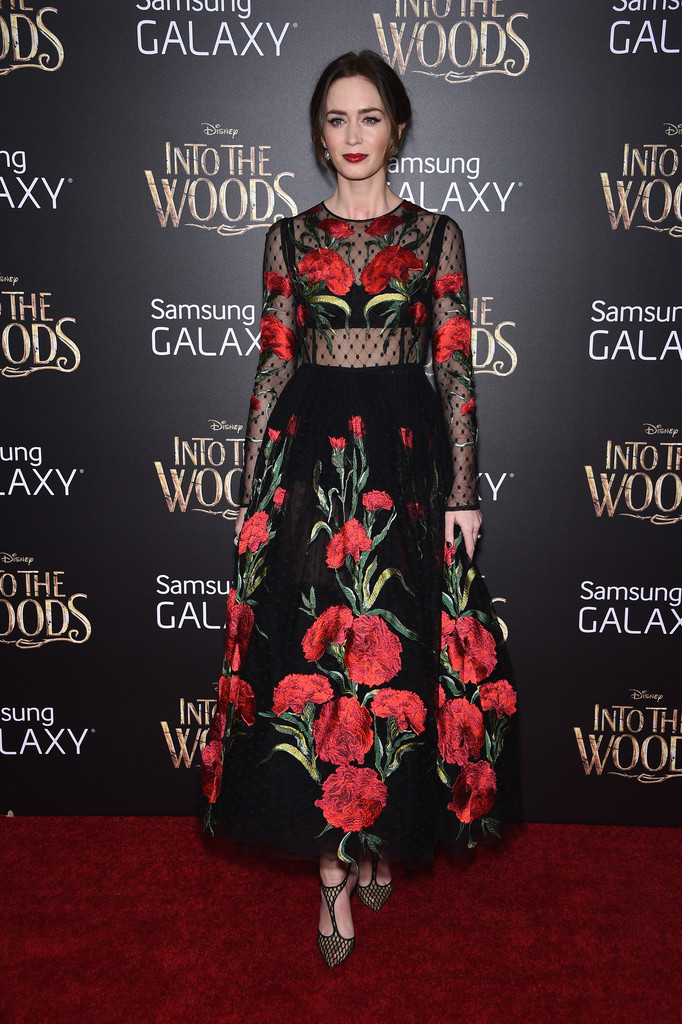 How can someone look so glamorous after a nine hour flight? Miranda Kerr looks marvellous in monochrome while arriving at Narita International Airport in Japan. With the oversized trench, black boots and a bright pink bucket bag all thrown into the mix, the model looks absolutely gorgeous. 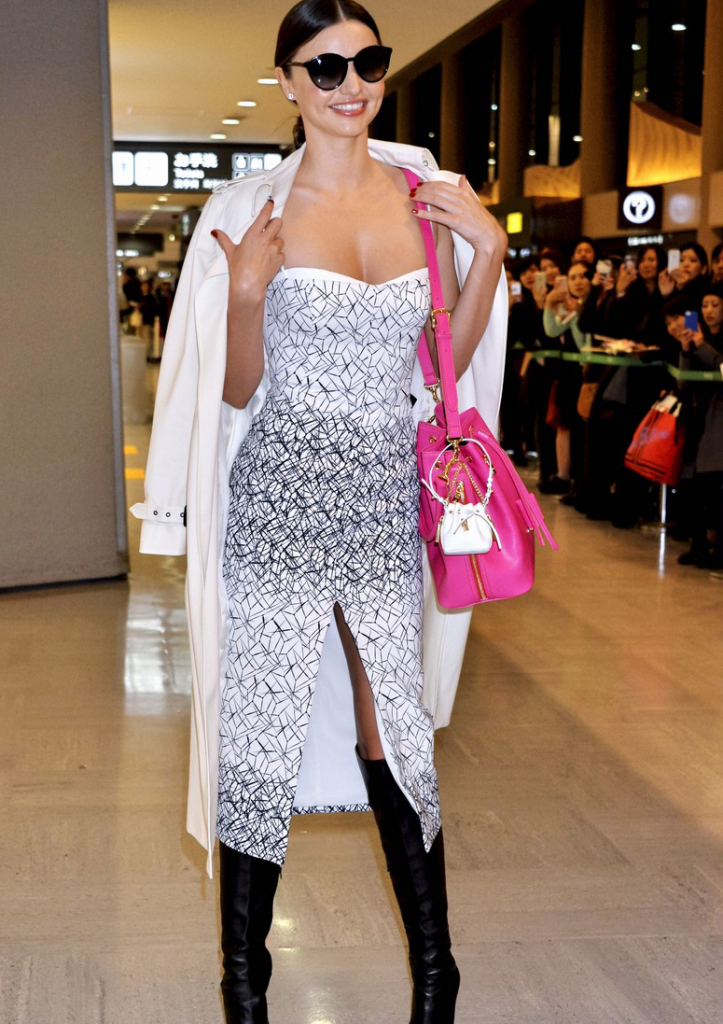 Leading the way for a 60’s fashion revival, Emma Roberts attends the Valentino fashion show in New York City, Wearing a bright pink mod dress with a floral collar, the actress paired it with strappy heels and a studded clutch. All Valentino, of course. 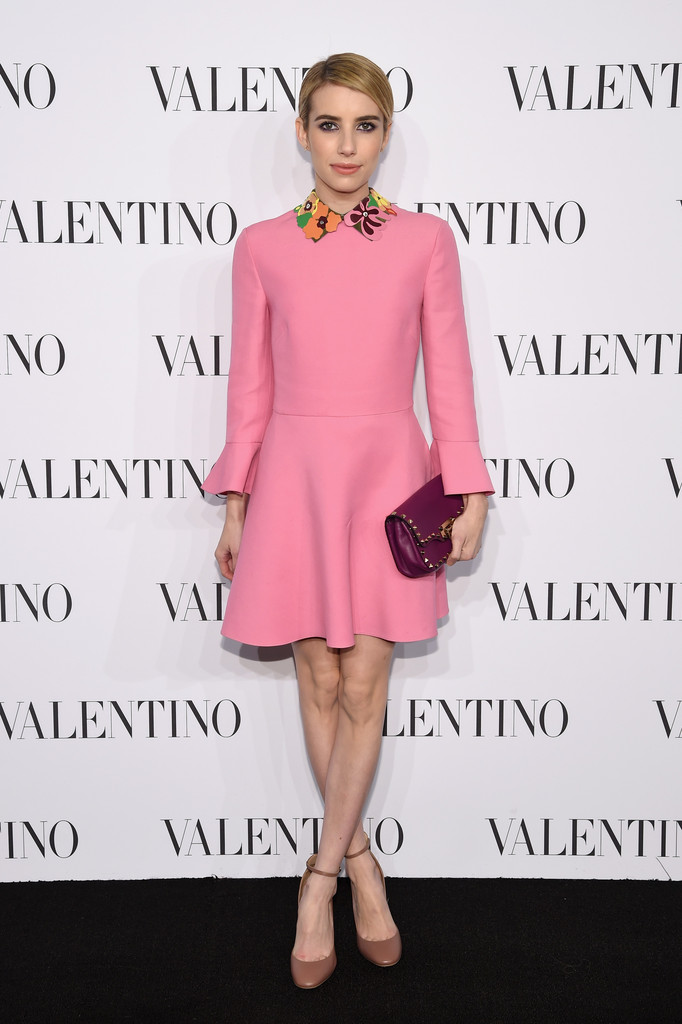 Orange has never looked better. Olivia Munn attends the Valentino show in New York wearing a bright mini from the designer with accessories to match. The bright lip works well with the dress. 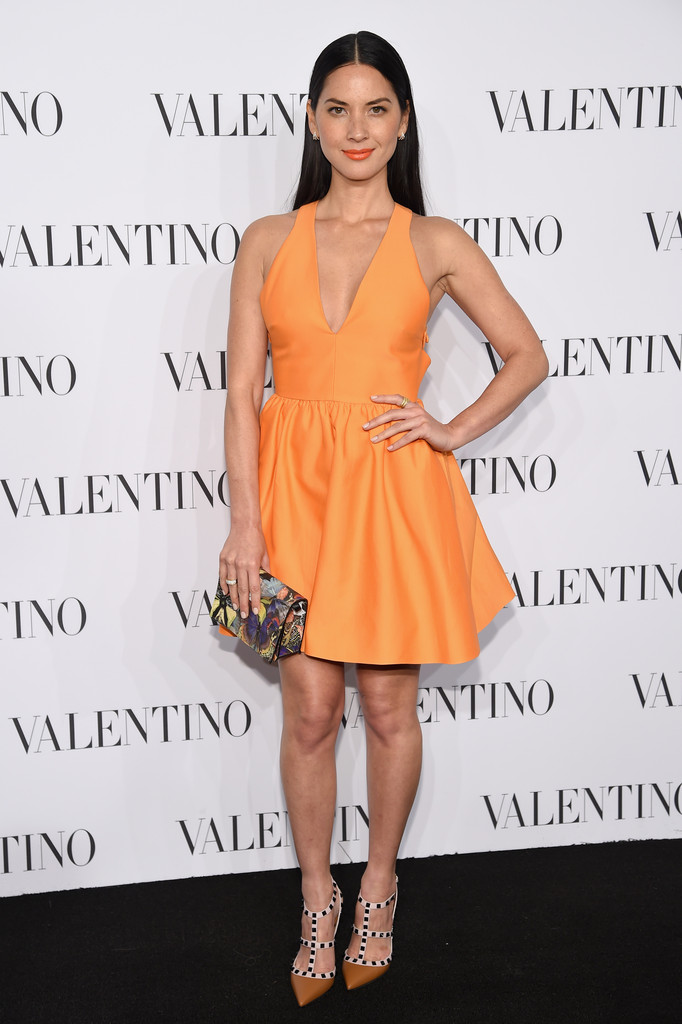 Taylor SwiftÂ heading to a studio in New York City

Can this girl do no wrong? Taylor Swift wear an ASOS oversized blue coat while heading to a studio in New York City. The superstar paired it with a blush bag, black tights and classic heels. That coat is just perfect. 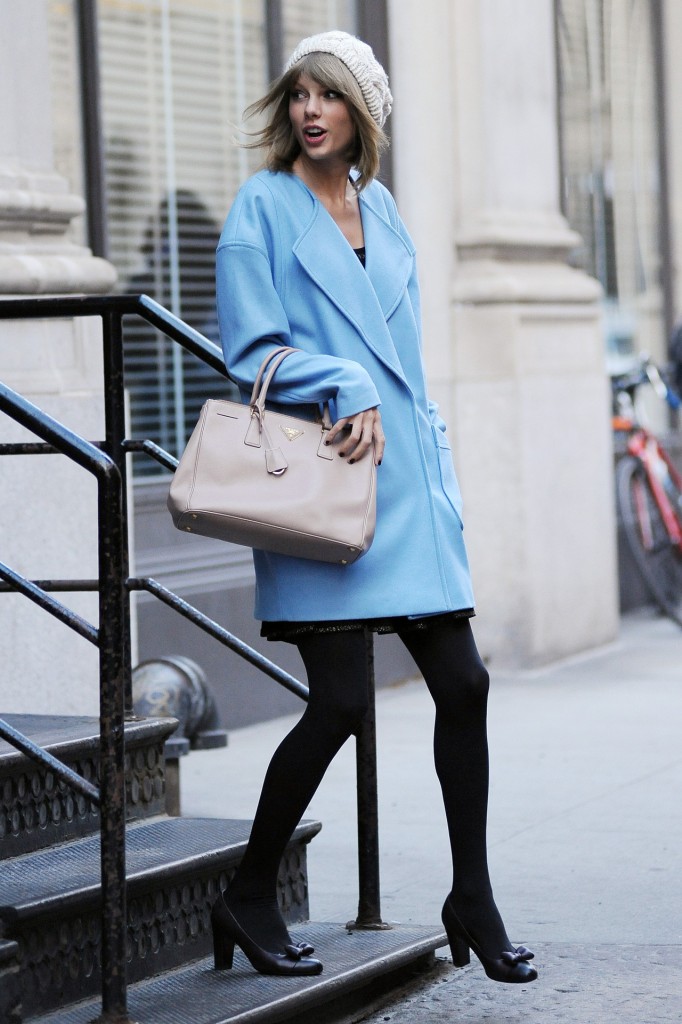 RihannaÂ at the First Annual Diamond Ball in Beverly Hills

The hostess must always look her best. Rihanna wears Zac Posen to the first Diamond Ball benefitting her own foundation in Beverly Hills. Paired with an extravagant Chopard jewels, the Barbados songstress has never looked better. 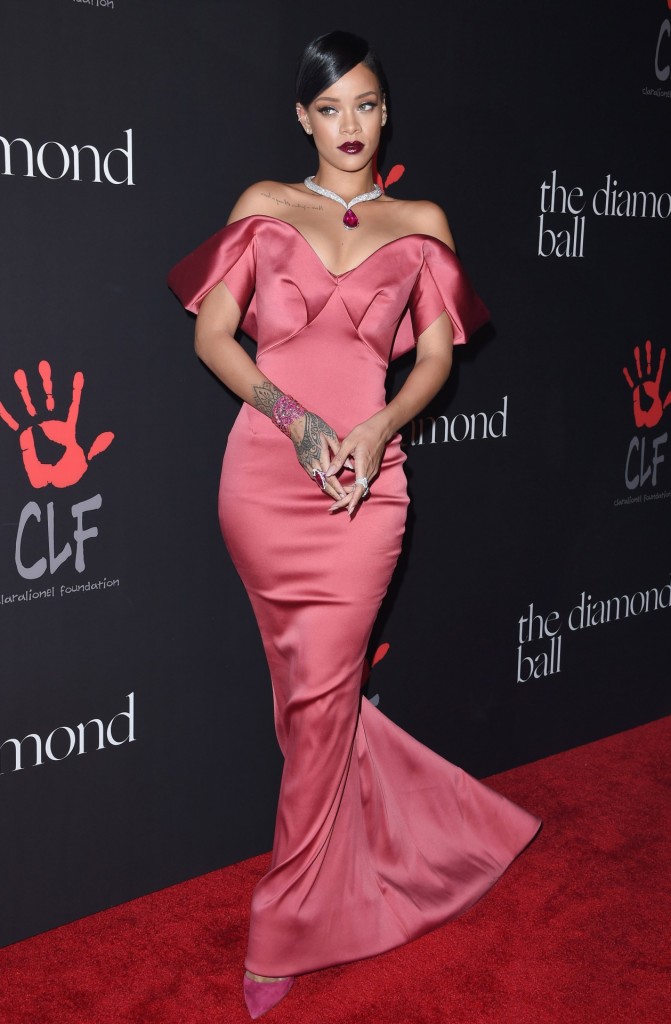 Never to be out done, Queen Bey proves she never loses her touch. Beyonce attends the Billboard luncheon in a Haute Hippie dress paired with strappy platform heels. Who run the world? 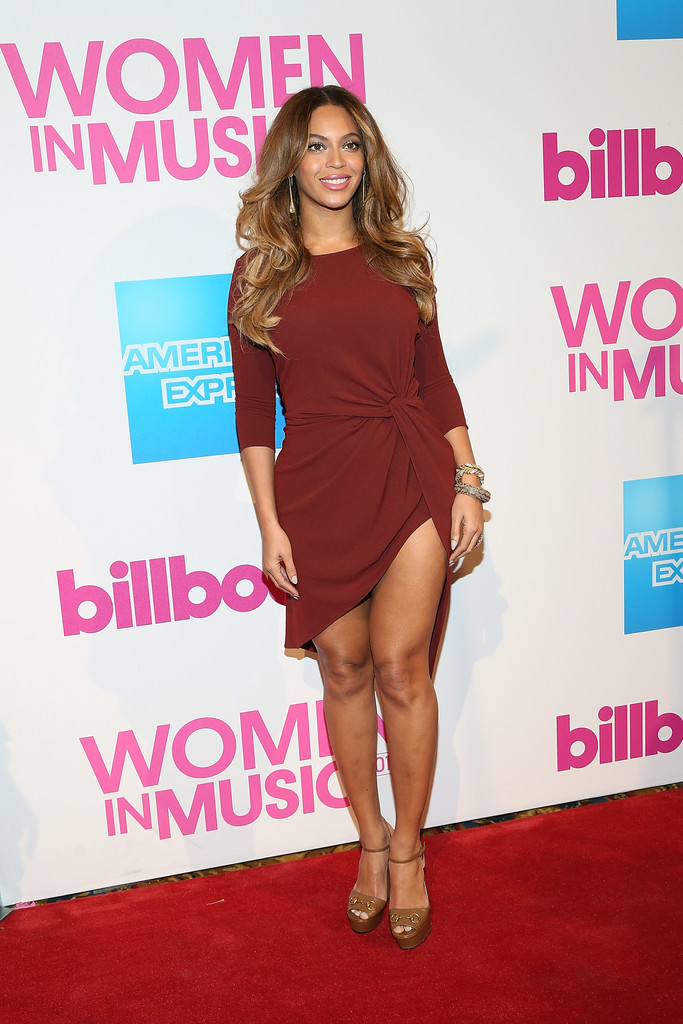