The Resurrection of the ‘has been’ fashion trends

Over the past 30 to 40 years there have been numerous regretful trends that many have followed religiously in their prime time. I’m sure many parents, and even grandparents, may look back at their formal photos or their 21st and cringe at the perms and puffy sleeves that many donned throughout the eighties and onwards. However, these fashion statements are making a strong comeback! With some slight alterations…

People have been taking a swing at some of these challenging looks. The 70’s were a time of expression for fashion and an opportunity for people to branch out with their choices. Flare pants were certainly a way of branching out, with a fitted waist then widening down into a loose-fitting pant leg, these pants are somewhat of a classic and have a character that suits their name. Nowadays they’re seen on popular sites such as ASOS and Dissh. Often used in a more corporate setting, some still wear the pants to events like music festivals, sticking to the days of old, and when out and about for a few drinks.

Another trend that was popular during the 90’s were the ‘mum jeans’. Back then, although popular now, mum jeans were a fashion fail. There was a negative connotation surrounding the style, it was the only thing most people had to work with and became a common suffering and pain most felt. Mum jeans are often a lighter washed jeans that are loose fitting creating an unflattering curvature of most people’s rear end, however, if you had a waist it strongly accentuated that feature. With some alterations, mum jeans have become high waisted fitting jeans that drop to a straight-fitting leg, now more flattering and more popular. 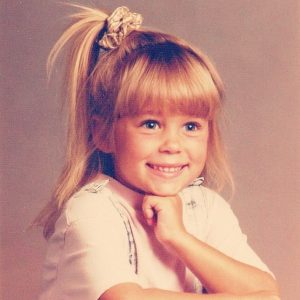 Finally, a fashion icon that has come back in leaps and bounds. The Scrunchie. The name itself has a name that screams the eighties. Worn by aerobics instructors through to high school students, the Scrunchie was iconic for its versatility. Having fabric in your hair that matched your clothes was as big as sliced bread. They have made a comeback in a big way, being featured in high-end brands like Chanel, it’s no question they’re becoming a resurrected trend.

The comeback of trends is a novelty and a nostalgic throwback, some fashions one can only hope will remain in their grave. Who knows which long-forgotten trend will become the next ‘new’ big thing.

Bella Brown: Behind the Runway