â€œWhat interests me, where it also started I guess, is going to the cinema. Itâ€™s this unique experience.â€

WeÂ spoke with Brisbane filmmaker Megan Blin about her experiences working within both the Brisbane and Australian Film Industries and what she personally learned about this creative field â€“ one, working in film means not sleepingâ€¦ ever, and two, there is a secret to why people can connect so easily to film.

When we sat down with Megan she was totting around camera equipment in a suitcase nearly half her size. She explained she had spent the morning filming marketing content for her upcoming documentary after she had a late night, working hours that should not exist in any reasonable world, on editing one of her many projects with her production team. However, this is a choice she has happily made.

â€œEver since I was little I made short films. I loved running around with a camera and filming whatever little story I could. It was the thing I wanted to do and I knew that perhaps I didnâ€™t have the most talent, or greatest talent or just talent in general. But I felt that because I was so passionate about it and I was so interested that I would give it everythingâ€

Iâ€™ve grown from being the viewer to being the filmmaker and being able to ignite that reaction in my own audience.

What interests Megan in film was how the idea of film has remained constant and still intriguing to audiences despite changes to society.

â€œItâ€™s something we enjoy and itâ€™s an escape from reality. Itâ€™s a chance to dive amongst someone elseâ€™s world for a moment and lose ourselves in their character and their situations. It makes you laugh, it makes you cry and that whole experience from a young age is what started my interest in filmmaking.â€ 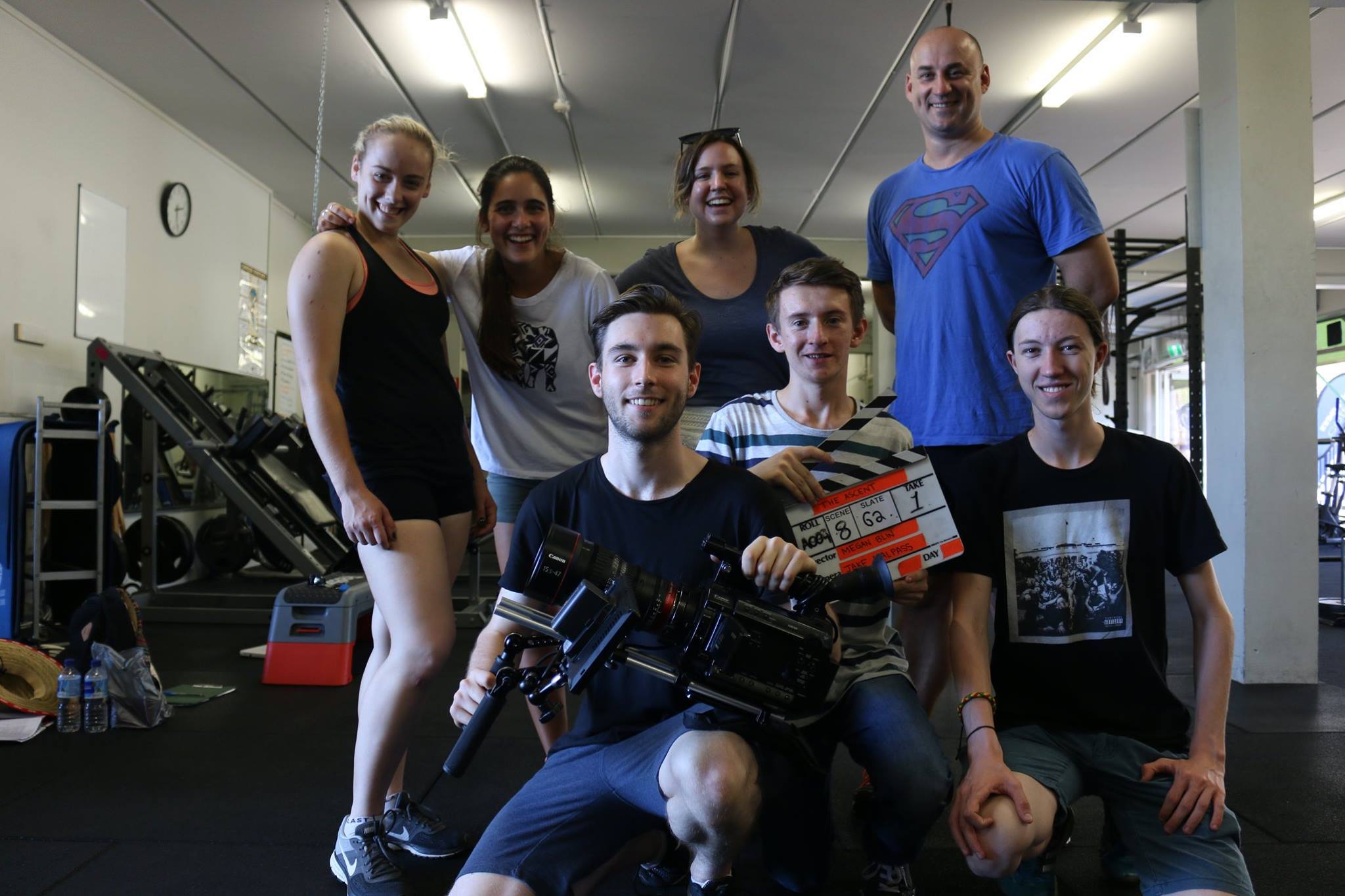 We then discussed what Megan finds are the important qualities a film needs.

â€œI guess every film needs an emotional journey. You need a strong connection between the character and the audience. We need to believe that on-screen character and relate to them in some way. That doesnâ€™t necessarily mean we have to like them. Itâ€™s all about being able to connect.â€

Personally, I always find it fascinating discovering how the worldâ€™s storytellers come up with their ideas. Everyone has a unique process as well as a personal perspective to situations. I asked Megan where she finds inspiration for the stories she wants to make.

â€œI draw inspiration from my friends and family and the world around me, the news and travelling. My passion lies in documentary. I like stories that reveal something about a person or an issue that perhaps has never been presented in that way before.â€

We connect to film because everybody loves storytelling. Itâ€™s an art weâ€™ve been practising for centuries and film is just the new contemporary stage we tell these stories on.

Megan tells me she hasnâ€™t developed a particular style to her work but always strives to work on projects that resonate with her. Directors such as Steven Spielberg, Richard Curtis and Katherine Bigelow have been influences on Meganâ€™s career.

â€œI really admire their art of storytelling and I try to convey that in my work through my own way.â€ 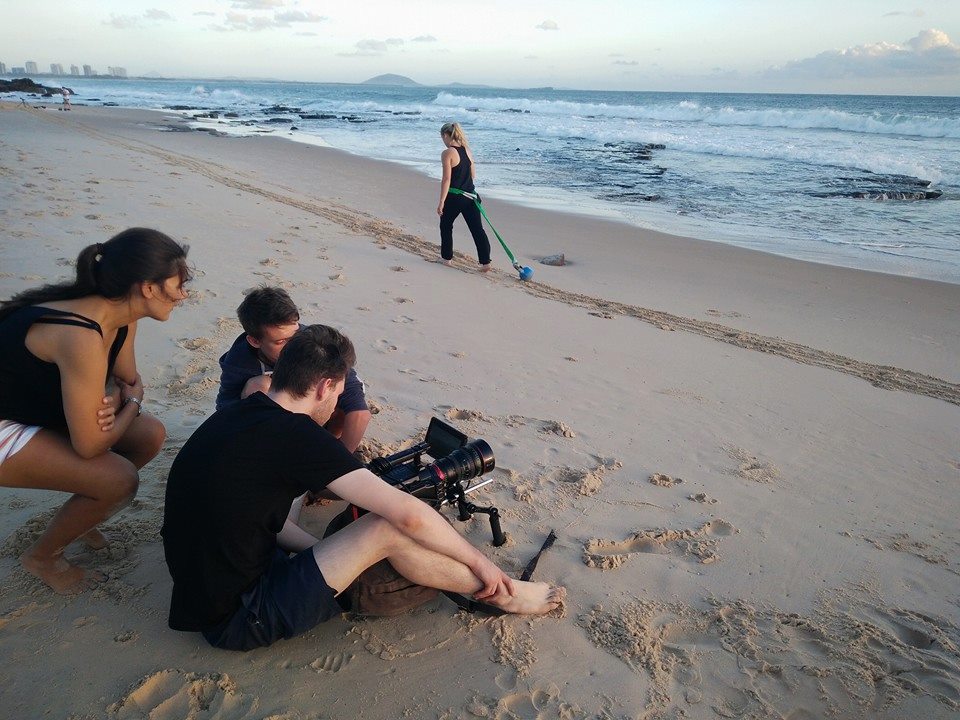 This led into discussing some of the projects Megan has been working on recently.

â€œI have just finished directing a documentary called â€˜The Ascentâ€™, which is about a Brisbane teenager named Alyssa Azar who is planning to become the youngest Australian to conquer Mt. Everest. Weâ€™re now in the post-production phase and are really excited, since it should be released later this year, to see where it takes us. We definitely hope to put it onto the festival circuit either this year or next year.â€

If Megan wasnâ€™t busy enough, she is also producing a coming-of-age short drama called â€˜V-Dayâ€™ about a sexually inexperienced young woman. The story will explore the social pressures of sex and the challenges young female adolescents face in transitioning into adulthood.

Itâ€™s not so much about proving myself but showing I am just as capable.

The film industry is one of the toughest out there, I was interested to learn what some of the challenges Megan had come across.

â€œI guess as a filmmaker and as a female, there is definitely a challenge in that one of the paths I want to follow is cinematography. Being a female cameraman is a rarity, even these days,â€ Megan explained. â€œI guess that is a big challenge being a woman in the film industry. It is still a very male-dominated world. Just look at the top directors and cinematographers, thereâ€™s maybe one out of ten who are female,â€ Megan said. â€œAnother big challenge is our location. Brisbane is an emerging platform for film and television however it is far away from the Hollywood or British film industry in terms of production volume.â€

With Screen Australia announcing new initiatives that not only support Australian filmmaking but female creatives as well as growing popularity in utilising landscapes uncommon to the screen, now seems to be an important change in the times.

I definitely think itâ€™s changing in Australia and in particular in Queensland, itâ€™s putting itself on the map.

â€œThere is a lot of government support with the tax incentives and I think this year there are four feature films in production in Queensland. It is changing and I think every year we take that step forward.â€ 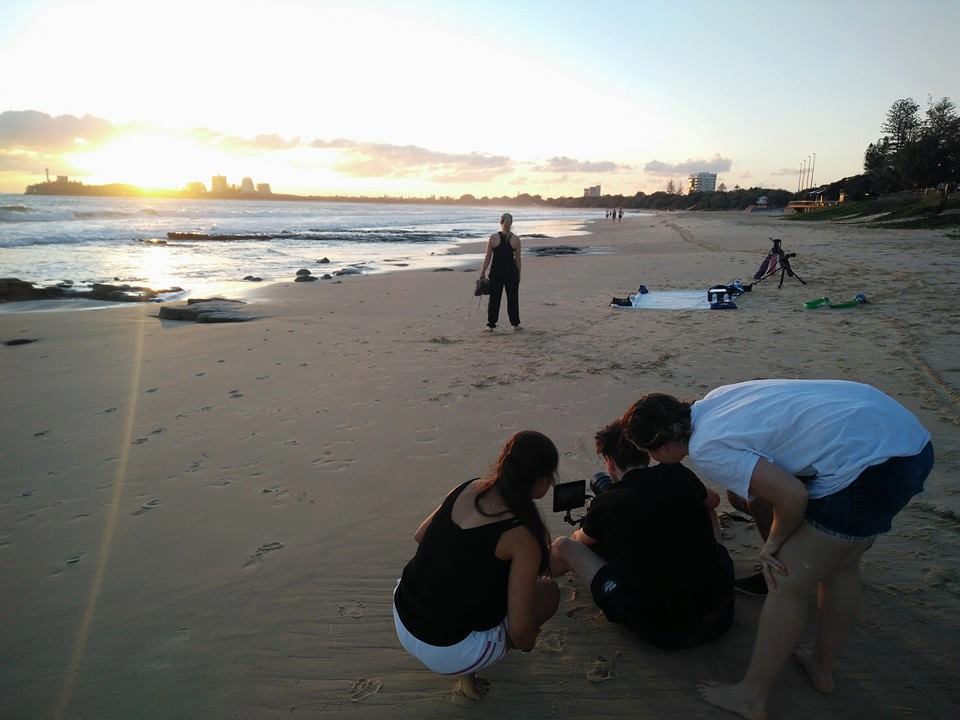 I asked Megan if she has an ultimate goal as a filmmaker. All jokes aside about academy awards, Megan has a clear passion for bringing light to issues weâ€™ve never seen before and she hopes to make a difference speaking through film.

â€œThe career goal is to become a cinematographer. The dream goal is to be a director of a feature documentary. In terms of what film that would be â€“ one that creates social change like films such as â€˜Blackfishâ€™ and â€˜Virungaâ€™. Â I think filmmaking is a very powerful tool in that it can bring an issue to light in a way the audience can understand it, relate to it and engage with it.â€

We underestimate just how much home-grown talent we do have.

Within the Australian film industry, it seems that a lot of hard work has to go into a film before anyone is willing to take it seriously. Itâ€™s a negative headspace weâ€™ve seemed to put ourselves in regarding our filmic language and culture. However I learned that Megan and I shared quite similar views on the Australian Film Industry and we both seem optimistic about how it is starting a-fresh from past clichÃ©s.

â€œOften we feel like we have to go overseas to find these opportunities and to find the perfect crew. But there are so many people in our own backyards that we can utilise and learn from. Some of my biggest inspiration comes from the local independent directors. Theyâ€™re doing their own thing and working with what we have. I think Australia has so much to offer in terms of its landscape, you know, we have the forest, the ocean, the outback â€“ itâ€™s one of the vastest landscapes in the world.

Megan feels we take for granted a landscape people from overseas see as one of the most beautiful places to film. I have to agree with her.

â€œThe more we explore the potential Australia has, hopefully the more films will get made here. We wonâ€™t just be a secondary thought,â€ she said. 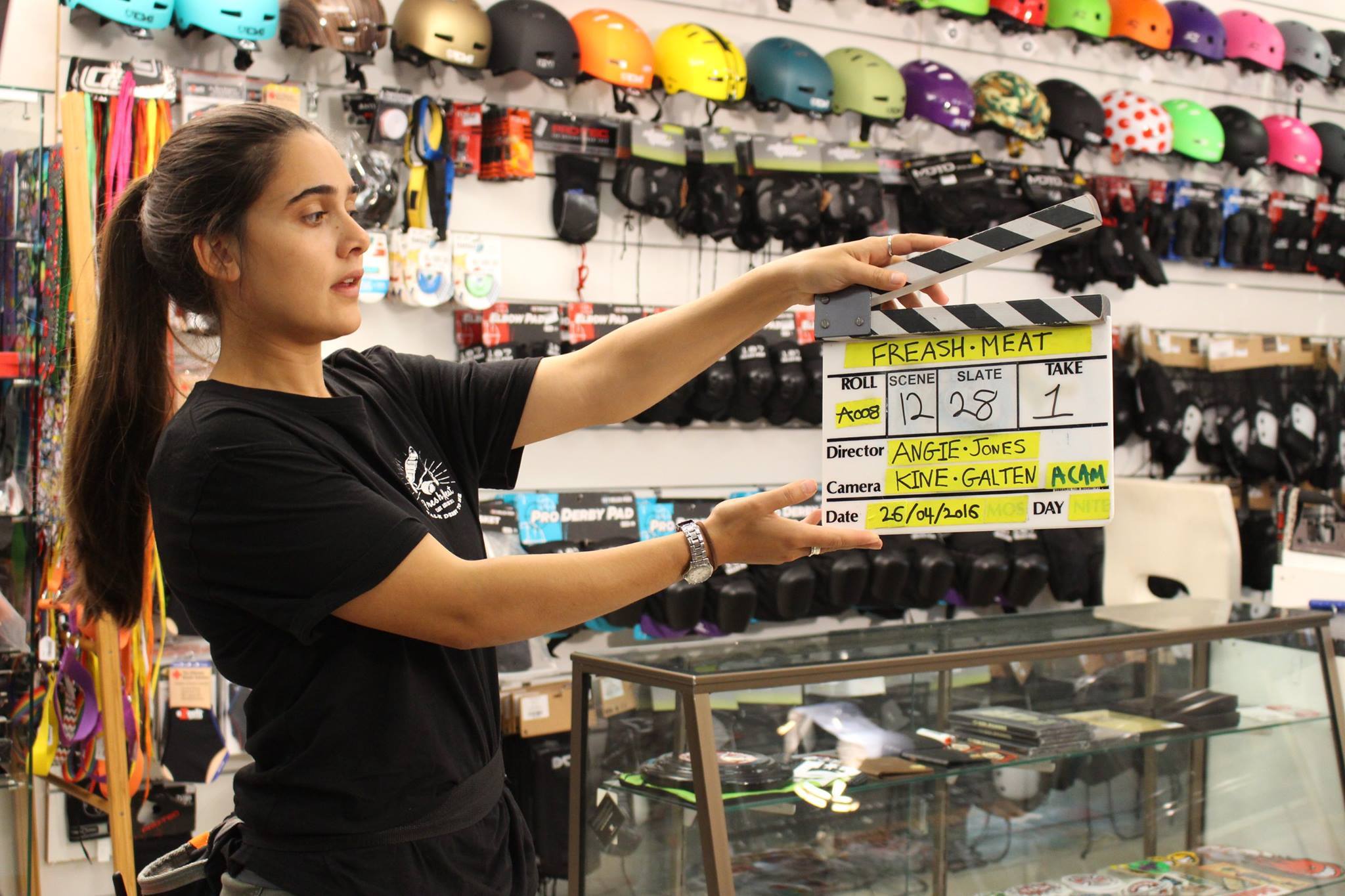 I point out that we definitely seem to be in a pop-culture phenomenon known as the â€˜Aussie Effectâ€™ which has exploded overseas. For example some of the biggest names in Hollywood are Australian actors and filmmakers but whatâ€™s great to see is these people coming back to Australia after finding success.

Megan agreed. â€œI do truly love when actors can come back and bring that knowledge and that skill you have learnt overseas and pass that onto the up-and-coming filmmakers in Australia â€“ thatâ€™s a really special thing. I think more and more actors, directors and cinematographers are starting to do that and thatâ€™s really great.â€

As a young filmmaker, I asked Megan if she had any advice for emerging filmmakers.

â€œMy biggest advice, that Iâ€™ve been told many, many times is networking and attitude. Itâ€™s 90% attitude, 10% talent. If you make a mistake but you learn from it and you show a positive work ethic and you respect everyone from the runner to the caterer. That runner in ten yearsâ€™ time could be a director. So respect everyone you meet. Put in 100% effort and the talent will comeâ€¦ if itâ€™s not already there.â€

Check out the latest news about â€˜The Ascentâ€™ here.