We chat to Kyuss from Fight Ibis about their new single, inspirations and the lessons they have learnt so far.

The five-piece band reside in the Sunshine Coast and have played a number of Brisbane venues, as well a set at the Sunshine Coast music festival Yonder. With restrictions easing, you will hopefully be able to catch them playing small local gigs again soon, so keep an eye on their socials for updates.

Their new single ‘Finger Pistols’ was released in early June and it definitely delivers on the punk, indie and rock genres. The song is full of energy and listening to it during a time when we are all suffering withdrawals from live music this song (and all the Fight Ibis tracks) definitely works to fill the void.

The Creative Issue: What artists and bands have inspired your music the most?
Kyuss: I hear a poor man’s version of the Violent Femmes and Pixies in a majority of the music.
The actual inspiration for writing music is just wanting something to do. Also because I need to or I get moody. Also The Smashing Pumpkins, Zappa, Pantera and Beck.

TCI: We have to ask where did the name Fight Ibis come from?
Kyuss: Let’s just say that like all true hipsters we came up with the band name before it was cool to hate Ibis’. I actually like them now.

TCI: You recently released your new single ‘Finger Pistols’, where did the inspiration for that track come from?
Kyuss: ‘Finger Pistols’ was just an old chorus laying around and I quickly whipped up a simple verse and bridge for it. Wanted something simple and fun to keep the energy alive at gigs. Which is funny because we suck at playing it live. 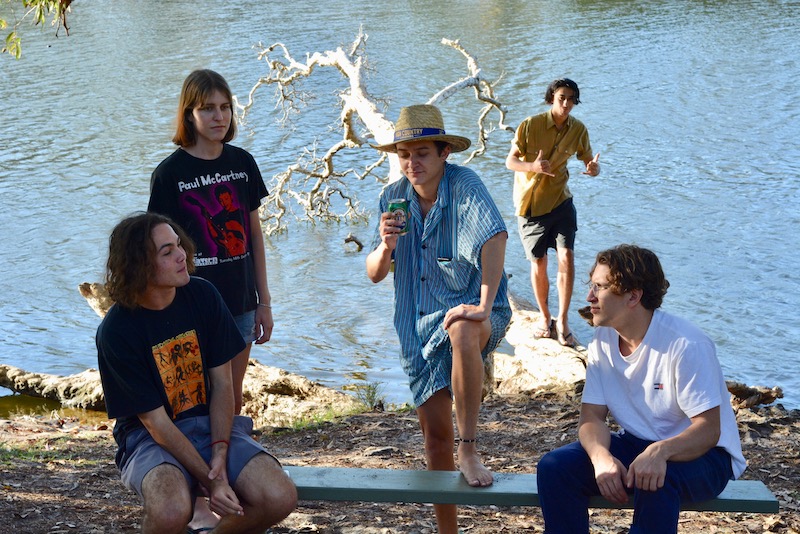 TCI: In the pre-covid world, what were some of your favourite venues to play?
Kyuss: Favourite Brisbane venue probably is The Zoo. The stage is well above the audience so we can pretend we’re in KISS or Van Halen. I like the on-stage sound and we get a cool area to hang and there’s always cool people backstage. Same with The Foundry.

TCI: If you could have one dream artist collaboration who would it be with?
Kyuss: I’d be too scared to work with a hero of mine like James Hetfield or Vanilla Ice, so I’m gonna have to go with Ice Cube on this one. Because he’s rad and like most people we love NWA and the Cube. Could end up being hell phat, too.

TCI: What have some highlights of the band been so far?
Kyuss: Little milestones are highlights to us. Noticing people were actually coming to our shows. And then seeing people wearing our shirts and having people message us saying our music makes them happy and feel better. It’s inspiring because they’re usually referring to songs that we may be a little scared to put out because they’re the most personal – which only encourages me as a songwriter to go with my instincts instead of pretending to be a psych lord. Most of us in the band are just cliche rock kids.

TCI: You played at Yonder festival last year, how was that?
Kyuss: Yonder was dope. Drank and camped for three days and then played our set completely pied. Wasn’t a good show for us or the audience but the times surrounding it were beautiful. Lesson learned. Don’t play gigs completely pied.

TCI: What ways can listeners show their support for Fight Ibis?
Kyuss: If you want to support us just come to shows or be a keen listener. Like most bands no one cares about you until someone else says “hey these guys are pretty sick” and then that encourages other listeners and they actually attempt to listen and like it, instead of just hearing it. Be the change people! We don’t suck that bad.

TCI: What do you hope to see in the future of Fight Ibis?
Kyuss: In the future I hope to see a solid working unit in ourselves that can give back to people that give to us. We don’t necessarily wanna be the next Oasis, but we definitely wanna do this for the rest of our lives. We’re just a bunch of friends that love music and love sharing the experience with
anyone who’s keen.

Spacey Jane On Their Dazzling Debut