Cuban Fury is a dance film unlike any other â€“ mostly because we never thought Nick Frost would lace up a pair of Italian dancing shoes.

Bruce Garrett (Frost) lives his life in a spiral of self-pity, regret and takeout. The opening scene of Bruce eating a four pack of mini yoghurts in one swift movement basically says it all.

Once a young boy set to catapult into salsa dance stardom, a sequins-eating bullying incident forced an early retirement from the professional world of dance. 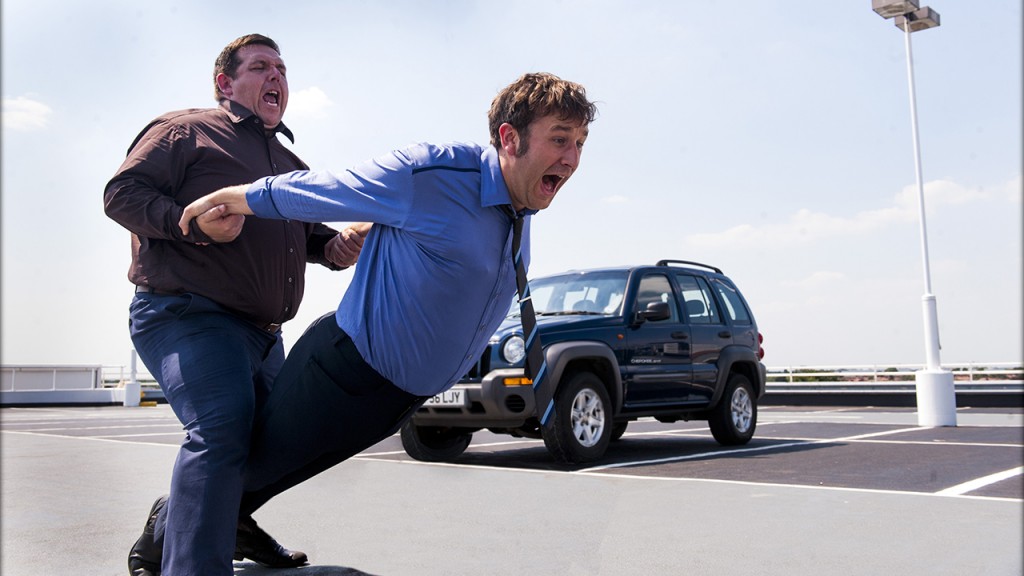 22 years later and no longer the boy with fire in his heels and snakes in his hips, Bruce is left with only the support of his sister (Olivia Colman) and his uncanny ability to identify dogs by their silhouettes.

With work colleague Drew (Chris Oâ€™Dowd) pulling out all stops, including a tactical drop trow, to win over the boss, thereâ€™s only one thing Bruce can do.

A resurgence of his glory days sees Bruce return to the tutelage of his former dance teacher and make some unlikely friends along the way.

If nothing else, a five minute car park dance-off between the competition demonstrates a mix of salsa and martial arts at its finest.

While Nick Frostâ€™s dancing skills can probably only pass him as a contestant on Dancing with the Stars (props to the editors and stunt doubles), itâ€™s what makes the film relatable and completely hilarious.

One thing is for sure, if learning Latin dance can win over beauties like Rashida Jones, there will be a spike in the attendance of male salsa classes.

Cuban Fury hits cinemas on March 20th so be sure to dance your way to a screening.