A once in a lifetime family holiday turns into an unsettling race against time.

Old is the latest film from the American director, actor and writer M. Night Shyamalan (Unbreakable Trilogy (2000 – 2019)). Based on the graphic novel Sandcastle (2010) by Pierre-Oscar Lévy and Frederik Peeters, this film adaptation is a collaboration between all three, featuring innumerable Shyamalan flourishes. Although some may struggle to compare this piece to his critically acclaimed work (such as The Village (2004) and The Sixth Sense (1999)), this psychological thriller does slot perfectly into M. Night Shyamalan’s supernatural filmography.

Old sees a family vacationing at a beautiful resort, who are then invited to a private beach with a handful of guests by the hotel manager. They attempt to live in the moment in this secluded paradise, which proves increasingly difficult, as they mysteriously start ageing rapidly. 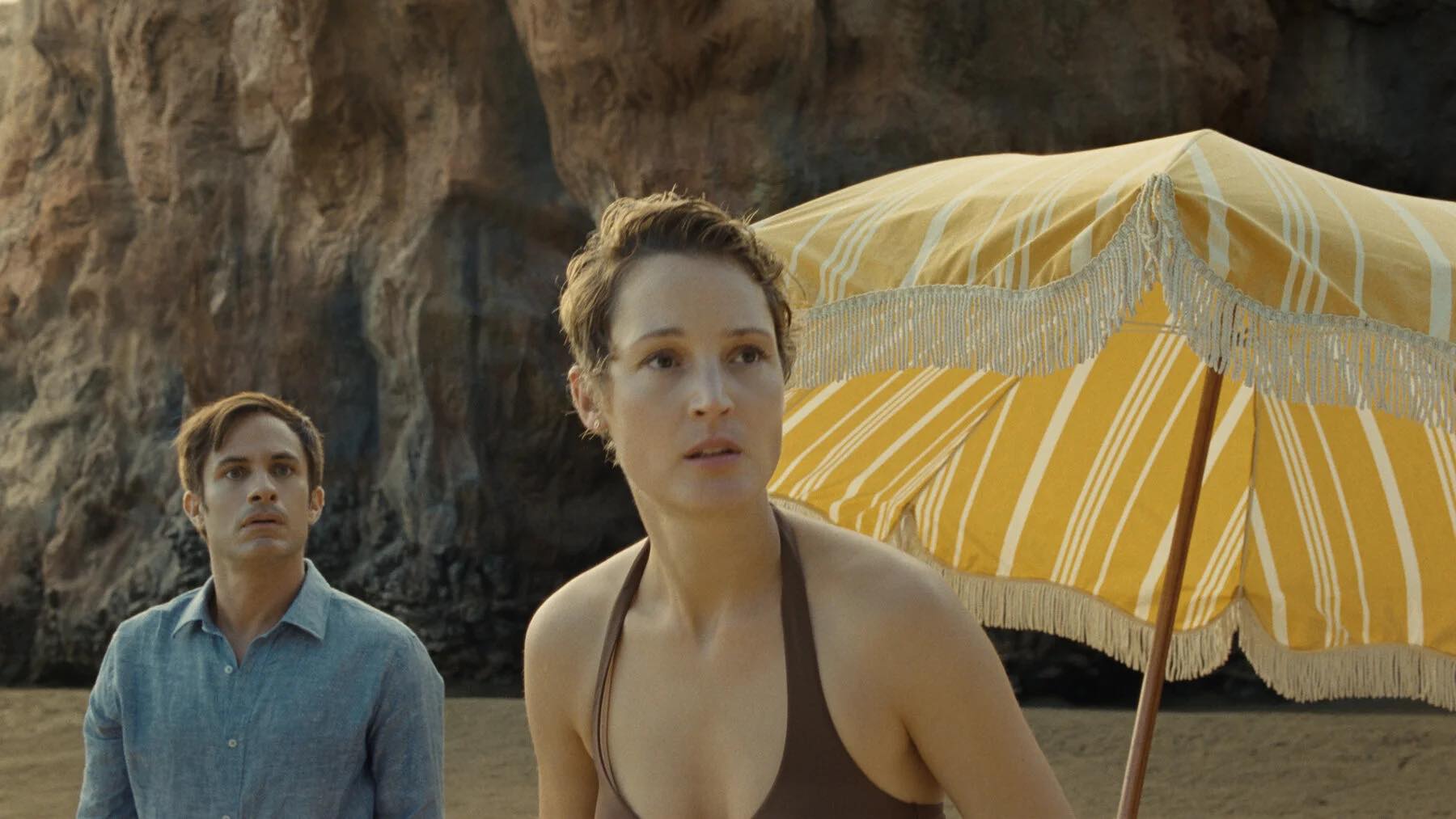 Ironically, Old is filmed in a very timeless way through its limited use of CGI in favour of camera trickery and close-ups of characters’ reactions to ageing processes. These artful camera techniques are complimented by a well-rounded cast including; Gael García Bernal (The Motorcycle Diaries (2004)), Vicky Krieps (Hanna (2011)), Rufus Sewell (The Holiday (2006)), Ken Leung (Lost), Alex Wolff (Hereditary (2018)) and Thomasin McKenzie (JoJo Rabbit (2019)). These actors embellish, but do not exaggerate their heightened emotions to the supernatural events that unfold on this isolated beach. 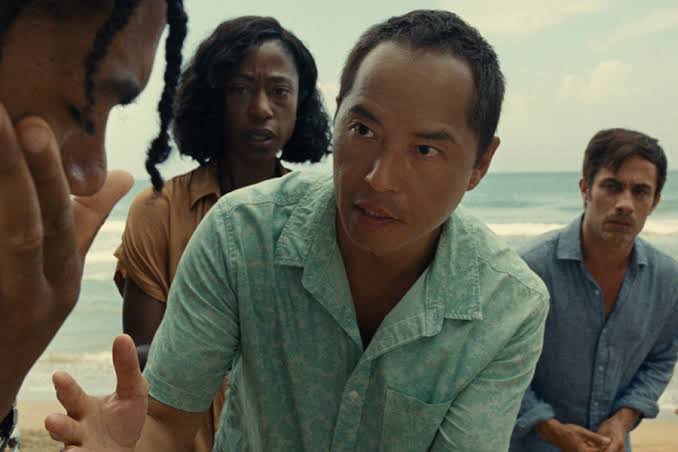 Shyamalan’s beautiful sweeping shots of ‘paradise’ definitely set the stage for this idyllic catastrophe to take place. M. Night is known for his use of very specific location choices, with most of his work featuring at least some shots of his hometown of Philadelphia. Unlike these films that heavily feature urban settings, Old was filmed predominantly in the Dominican Republic (on the ​​Playa El Valle). This beautifully natural setting may seem like a change of pace for M. Night, but this style of limited setting is something he has dealt with before. Shyamalan created a similar atmosphere in The Visit (2015) (a movie that revolves entirely around a grandparent’s farmhouse), but what makes Old even more impressive is the claustrophobic feel he creates in an escapist environment.

Since its release date, Old has definitely received a mixed reception. It feels like the brainchild of a film school graduate wanting to create a conceptually absurd masterpiece. Despite being produced by a well-established alumni, it is not quite executed as well as it could have been. The script is quite clunky and literal in a lot of places, unnecessarily spelling things out that are already quite evident. For how unsettling the rest of the movie was, the ending would have been more satisfying had it been shrouded in ambiguity, and not laid bare for all to see. The cinematography, location and acting are definitely the saving graces of an otherwise good (not great) movie.

Southern Cross Soloists Dream Away in ‘Dreams and Visions’