Spiral sees the creators of Saw open the book on a new chapter.

This ninth installment sees the legacy of serial killer ‘Jigsaw’ reimagined through the perspective of a police force struggling with corruption. With Kansas-based Darren Lynn Bousman (Saw II, Saw III Saw IV) behind the helm as director, and Australian filmmakers James Wan and Leigh Whannell (Saw) sitting as Executive Producers, the original creative team has artfully set the foundation for potential future installments in this alternate storyline. 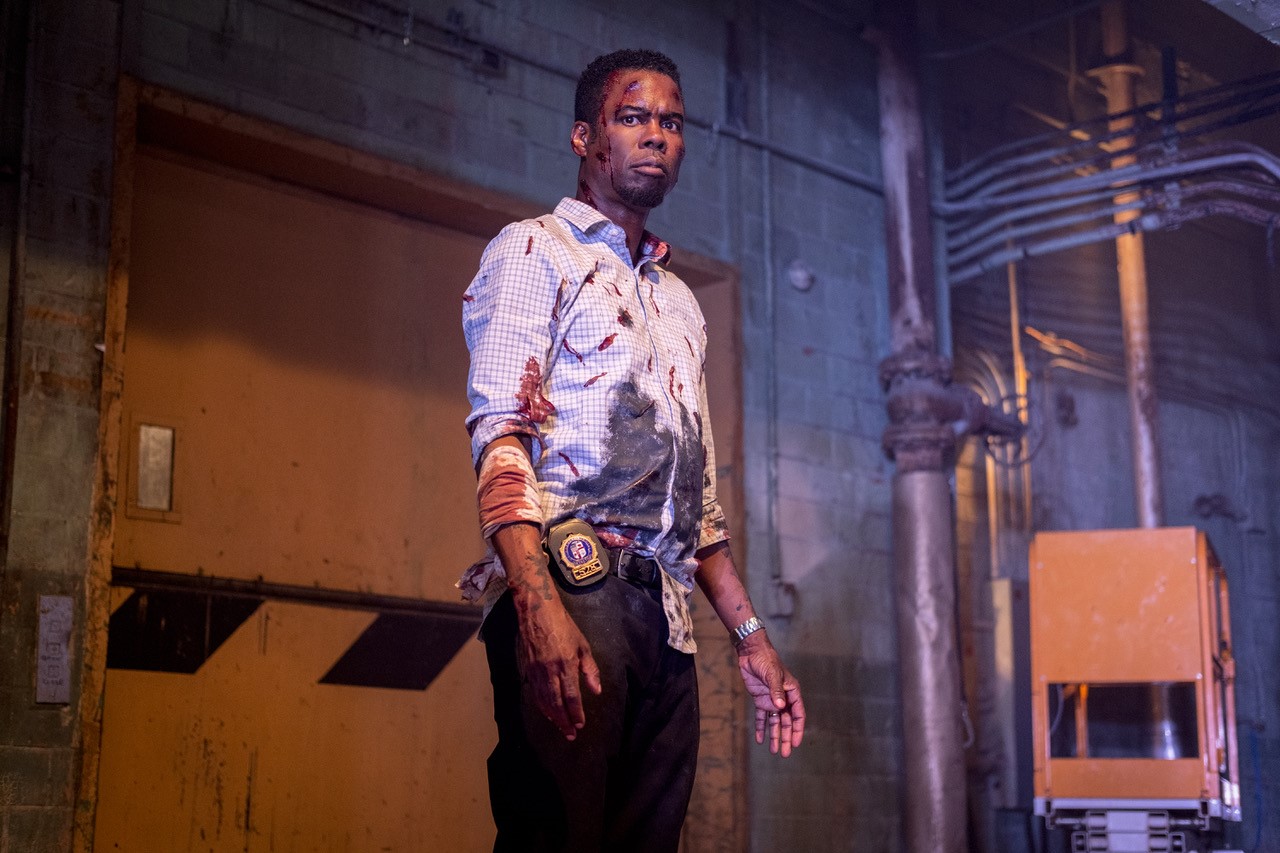 Having turned in a “dirty cop” 12 years ago, Detective Ezekiel “Zeke” Banks (Chris Rock) can no longer trust anyone on the police force. Consequently, Zeke is paired up with rookie Detective William Schenk (Max Minghella, The Handmaid’s Tale) and tasked with solving a series of murder cases. Zeke soon becomes the target in a morbid game orchestrated by a Jigsaw copycat, who is targeting unlawful cops to rid the corruption within the South Metro Police Department.

Spiral is a refreshing revival of the Saw franchise. This ‘New Game’ centers around a Detective solving murder cases, which seamlessly aids in unfolding the backstory of a new killer. Spiral overly compensates for this new setup by exaggerating stereotypes from crime movies. Detective Banks (Rock) is a cop married to his job, estranged from his family, following in the footsteps of his father, former Chief of Police Marcus Banks (Samuel L. Jackson).

The trailer teases at the movie being a psychological thriller of a similar ilk to SE7EN (1995, David Finch), where a detective is manipulated by a puppet master through graphic clues. Nonetheless, Spiral still conforms to the original Saw franchise framework through its vivid use of symbols, references to the murders being ‘games’, victim flashbacks, and graphic torture scenes. This installment is more of a step than a leap from its predecessors and pays its respects to the posthumous influence of John Kramer (the original Jigsaw killer) through police file photos, and samples of the original score. 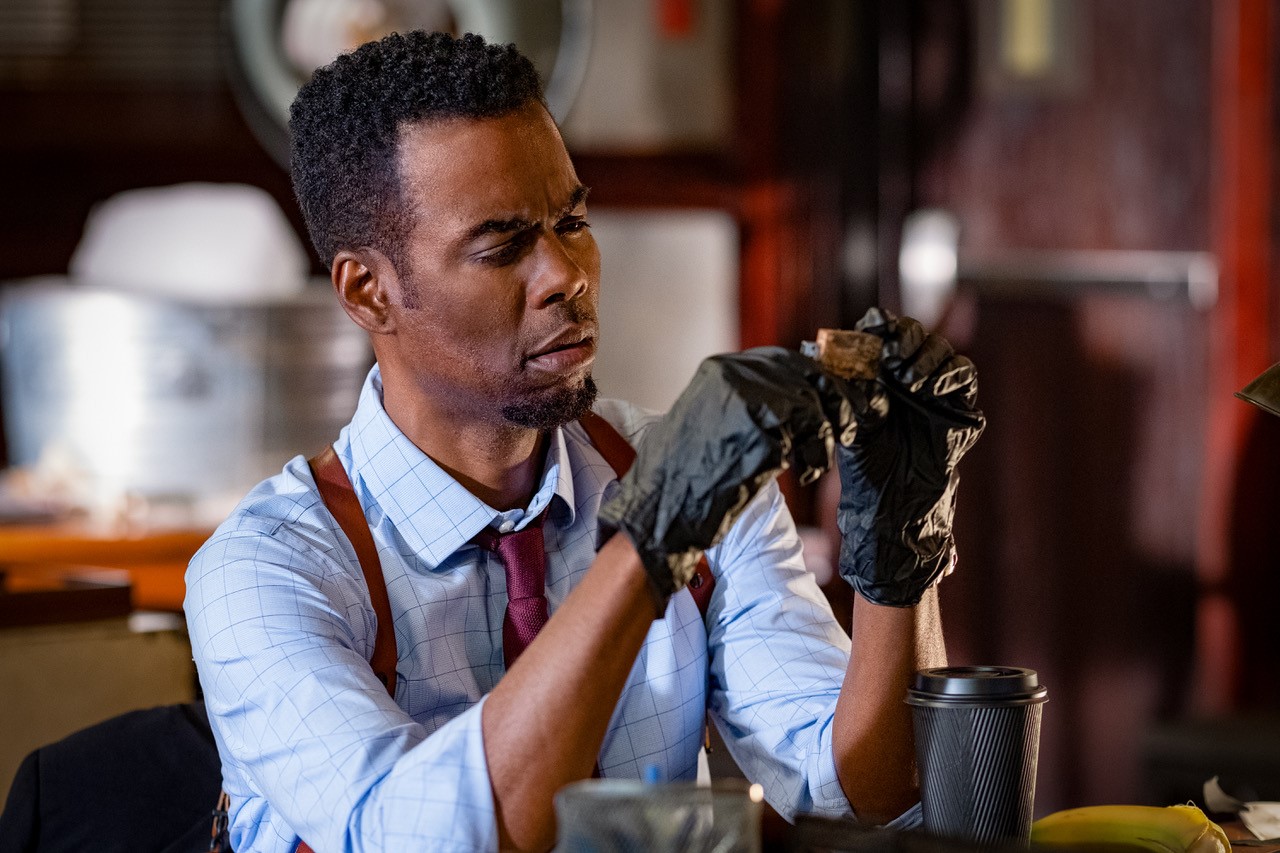 This clever comeback for the Saw franchise doesn’t tread the same tired ground of victims solely escaping their captor, and yet still contains the Saw-Esque torture scenes that have solidified such a hardcore fan base.